Today I weighed, to see what progress I’ve made on my new calorie-counting (and supposedly weight-loss) plan.

In the past, we’ve owned bathroom scales that were a bit mercurial — you could experience significant weight loss (or gain) in the matter of minutes, as the scale readings varied wildly. In fact, several years ago Kathy and I were dieting, and the scale told us both we gained. Being mature, financially responsible adults, we tossed that scale in the garbage and rushed out to find a more ‘reliable’ device.

This morning, after at least four attempts, I could only squeeze a 0.2 pound loss out of that cursed scale! Maybe there’s something wrong with the batteries? 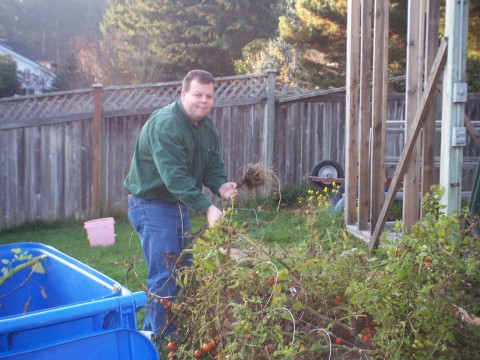 It could be worse, they could be throwing me in the trash like these tomato plants.

I was pretty disappointed, since I’ve been counting my calories like a miser, these past two weeks. I estimate I’m eating at least a thousand calories a day less than I was eating before, and so I hoped for a 2-pound loss. No such luck.

I came downstairs and loudly bemoaned my lot to anyone who would listen. Kathy was walking out the door, but tried to console me:

“I’ve got to go to my meeting, but when I come back, I’ll encourage you,” she promised, sweetly.

Petulantly, I whined, “I don’t need to be encouraged, I’m quitting!”

There was much giggling among my children, especially Joshua. I guess they know that I’m more bark than bite — sometimes a fella just likes to complain. They used to say this when I was in the Army: “If soldiers aren’t complaining, they’re not happy.” Joshua rushed off to add that quote to his Tome of Ridiculous Sayings, in which I figure prominently. 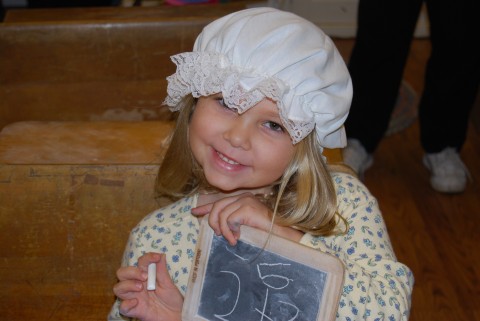 “Let me just write that down, Daddy.”

It seems that, before I started this plan, my metabolism was going all-out, like a roaring furnace. I picture sweaty, soot-begrimed workmen in a gloomy factory, shouting over the sound of the flames and conveyor belts:

“Hey, Joe! I just got word from Corporate that there’s another load of high-calorie junk food coming down! Doesn’t this guy ever stop eating?”

“I dunno, Frank — he must think he’s an Olympic Athlete or something. Maybe the boys down in Waste Products could pick up the slack?”

“I dunno Joe, those guys on the third shift are pretty rough. Hey, Bob, fire up furnace 14, will ya, and tell the lads everyone works an extra two hours, unpaid overtime!”

Now that I’m moderating my caloric consumption, the metabolic workers have apparently unionized, laid off a third of the work force, or taken some of the furnaces off-line for long-needed maintenance. I’m eating so many less calories, but not losing weight — it is enough to make a guy discouraged.

In the face of this lack of weight loss, I decided to revisit the calorie calculations. Sure enough, it seems the calories that a man of my size and lifestyle would burn is quite a bit below the 3000 I had originally estimated. I tweaked a few formulas and ended up with a more conservative ‘maintenance’ calorie allotment of around 2550, not 3000. This suggests that I need to eat no more than 2050 calories a day to lose a pound a week.

No wonder I haven’t seen any weight loss! 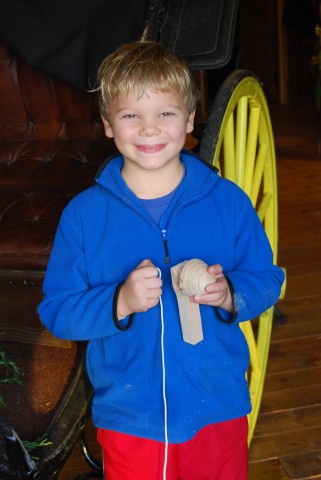 David is fond of nearly all those recipes.

Maybe I’ll post the recipes for these if I get a chance. I find all four to be very satisfying, and if I stick to these, they take care of breakfast and lunch entirely and leave a lot of room for other foods for supper, totaling 1459 calories.

I am reminded that at least 10 people promised to pray for me, many on the assurance that I would pray for them. Well, I have been — I’ve prayed every day for each of you (except, as advertised, for one ‘off’ day a week). Please pray that I would have the courage to reduce my calorie consumption further, and that I would see some success in weight loss.

If the metabolic foremen lay off another round of workers, I’m going to have to take drastic action.