Each morning, the driver of the bus I ride makes an announcement over the loudspeaker as we arrive at the Bainbridge Island ferry terminal. It may be that his former vocation was pastor or politician; he seems to love alliteration. I suppose he wants to make sure we’re all awake and that we will get off his bus; he always makes an effort to sound upbeat (apparently he hasn’t read my comments on the advisability of pre-noon cheerful chatter in a previous blog entry). Mondays are Marvelous, Tuesdays Terrific (at the Terminal), Wednesdays are frequently Wonderful in Winslow (the actual name of the village at this end of the island), and Fridays either Fabulous or Fantastic, at the Ferry, of course. I don’t ride the bus on Thursdays … I wonder if he extends the alliteration to include the ‘h’, as in “Thankful Thursdays”?

This is the #90 bus with the cheerful driver, stopping for me at the Nazarene Church Park & Ride. Don’t be fooled (as I frequently am) by the #33.

He usually has something positive to say on Fridays, but the Monday crowd is pretty somber … today he decided to spice it up a little:

“I’m happy to report that they haven’t moved the Bainbridge Island Ferry Terminal over the weekend; not that they usually do, but you can never be too careful on a Monday.”

It actually brought to mind a funny mental picture of black-masked desperadoes carrying the terminal away piecemeal in the dark of night, perhaps attempting to rally popular support for their struggle against the oppressor, but nobody even cracked a smile as far as I could see. I guess if he wants a better reaction, he’ll have to drive an afternoon bus route or start working the improvisational comedy circuit. 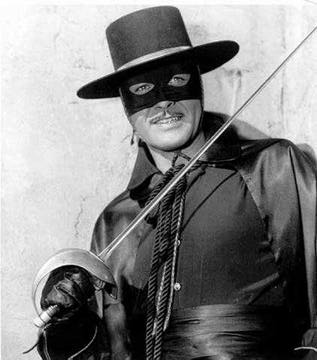 Dashing he may be, but he didn’t steal my ferry terminal.

It is always interesting to see how different people cope with jobs that lack sufficient scope for their personality. One of the drivers for the shuttle van service that is provided by my employer is an intelligent, articulate man who formerly managed a television station in Bremerton. Whenever I sit in the front seat, I like to engage him in discussion that ranges across a variety of topics … I can’t help feeling that his gifts are wasted as a shuttle driver. Many of the security guards that I encounter are friendly, gregarious people who seem to be well above the mental capability that one would expect in such a position. Perhaps one positive effect that the economic down-turn has brought about is a certain leveling of the playing field … some of the social stigma associated with service industry jobs has been swept away, as hundreds of thousands of ‘professionals’ have been forced into such employment, if only temporarily.

When I was in high school, I worked at a nearby hotel as a yard boy, bellboy, and eventually, desk clerk. When business was slow, I used to help out in the restaurant, busing tables. Later I sold fish across the counter at a nearby fish-market, served another hotel as a desk clerk, and worked the deli counter in a supermarket. Over the years I have held numerous office clerk and typist jobs, including an 8-month stint as a secretary. Those experiences cause me to closely identify with the people that I encounter who are working in service jobs. I try always to be kind, generous and courteous to anyone who is serving me.

One of my favorite little books is Brother Lawrence’s Practicing the Presence of God, written by a (14th?) century (French?) monk. It is well-worth reading, and for that reason, I will not attempt to summarize the secrets of that little pamphlet here. It is noteworthy, however, that this weighty little book was written by a person who held (as far as I can tell) no significant position of leadership, but rather served in the kitchen as a dishwasher and occasionally as a commissary agent for the monastery.

Whatever the world may say about success and the measure of a man’s life, it seems that God has the final word:

“Where is the wise man? Where is the scholar? Where is the philosopher of this age? Has not God made foolish the wisdom of the world? For since in the wisdom of God the world through its wisdom did not know him, God was pleased through the foolishness of what was preached to save those who believe. Jews demand miraculous signs and Greeks look for wisdom, but we preach Christ crucified: a stumbling block to Jews and foolishness to Gentiles, but to those whom God has called, both Jews and Greeks, Christ the power of God and the wisdom of God. For the foolishness of God is wiser than man’s wisdom, and the weakness of God is stronger than man’s strength. Brothers, think of what you were when you were called. Not many of you were wise by human standards; not many were influential; not many were of noble birth. But God chose the foolish things of the world to shame the wise; God chose the weak things of the world to shame the strong. He chose the lowly things of this world and the despised things … and the things that are not … to nullify the things that are, so that no one may boast before him. It is because of him that you are in Christ Jesus, who has become for us wisdom from God … that is, our righteousness, holiness and redemption. Therefore, as it is written, ‘Let him who boasts boast in the Lord.’” I Corinthians 1:20-25

When those of us who love God stand before Him (or more likely, when we fall on our face before Him) we will be held to account for every word that we speak, and for what we have done with the gifts that He gave to us. I suspect that many of the good and faithful servants will turn out to have been people of little account according to worldly standards.

As is expressed in the well-known Psalm, “Better is one day in your courts than a thousand elsewhere.” (Psalm 84:10a) It doesn’t seem to matter what we do or how much we earn or who we impress, as long as we please God and enjoy Him.

Choosing a Church
Fog of the Soul
The Sanctity of Life