This Spring, David purchased a used car. It was such a great deal for David — a running car for a very cheap price. It has been a huge blessing to him, commuting to his job/school/cross-country practice. Unfortunately, one of David’s brothers borrowed the car, and rear-ended another vehicle (first rain in a long time, roads slick). The damage was considerable, and we don’t carry collision on David’s car.

Happily, David’s friend and youth leader is knowledgeable about cars and helped him replace the hood by going to a place where they could find parts for classic cars. David replaced the headlights himself! The car is nearly fixed. Hooray for David! 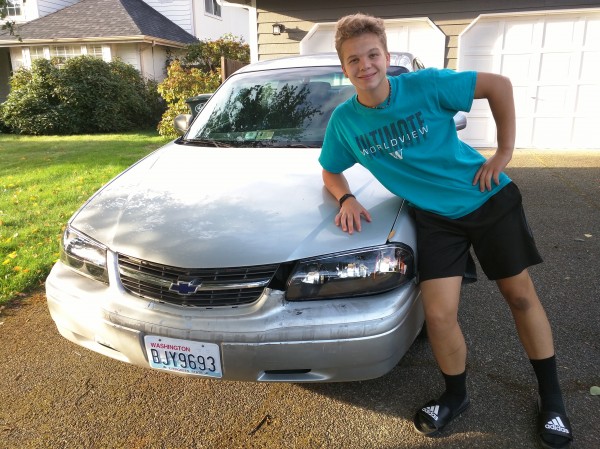 On Thursday Sarah passed her driver’s ed driving test – the last step of her driver’s education program. Wow! Such joy and relief!! Sarah is an incredibly careful and cautious driver, and she gave great attention and time to the work for her class, spending hours on her homework and logging drive time. Can NOT believe my youngest is 16 and can get her license in 6 months!!! Proud of you, Sarah!!

Last Sunday, our oldest daughter Rachel and her fiance Tim were married, in the sight of some 350 witnesses, and in the smiling presence of the Lord. 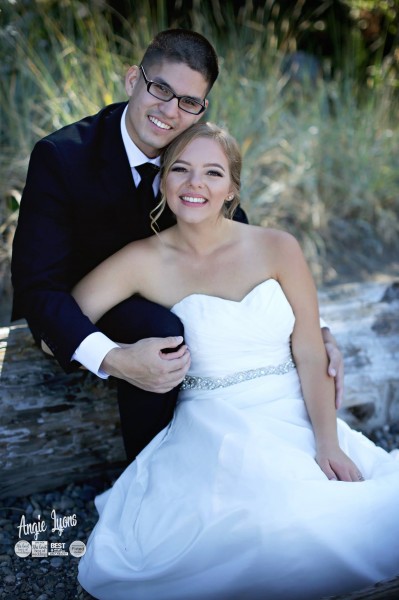 It was a beautiful, glorious and fun wedding, abounding in the fellowship of the Holy Spirit. Rachel and TJP (have to keep all the Tim’s straight) were gorgeous and handsome (you can figure out which was which) and their joy (and that of their friends and family) could be palpably felt throughout the ceremony and reception.

Typically, every wedding has at least some minor disaster, but if there were setbacks, they were easily conquered. The enjoyment of the guests was only rivaled by the smiles on the faces of the wedding party, as each vied with the other to be the most gracious. Our own Pastor Jim conducted the service, and Kelsie (Josh’s beloved wife), Ray (father of the groom), Lizzie and Tarah (sisters of the groom) all sang, with James (the son I never had, but always wanted) accompanying on the piano. Benaiah (sweetest grandson ever) was the ceremonial ring bearer, and Deborah and Anna (two of Tim’s cousins) stole the show as flower girls in their own miniature wedding gowns.

It is perhaps not surprising that Jesus’ first miracle was at a wedding reception, and the Wedding Feast of the Lamb is the name given for our eternal celebration, when we at last can live with God, enjoying His presence forever. If there is one thing that God approves, it is the permanent joining of a godly man and a godly woman in Holy Matrimony. 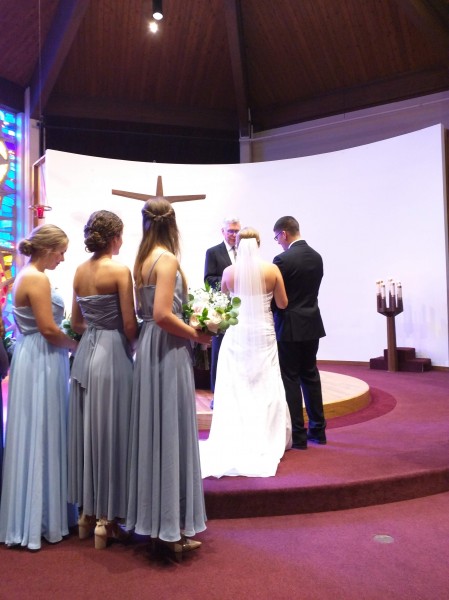 We had intended to have the wedding at our own church, but the renovation project of our sanctuary didn’t finish on time. So we cast about and found a nearby church that was willing to let us use their building. We sort of expected for them to be difficult to work with, since we weren’t members at their church, but instead they bent over backwards for us, helping us to coordinate the wedding, letting us have early access to the gym, and providing volunteer servers to help with our reception. Truly, it is good to be part of the family of God.

It is a difficult thing to give a daughter in marriage. Rachel is hardworking and frugal, so the expenses were less than I expected, and several relatives and friends helped considerably with the costs. No, the difficulty comes in handing over the care and protection of your little girl to another man. Even though I have known TJP for much of his childhood and young adulthood, there is still a terrifying moment when one stands on the precipice and looks over, wondering if this man (about to marry your daughter) will cherish her enough to make her happy. 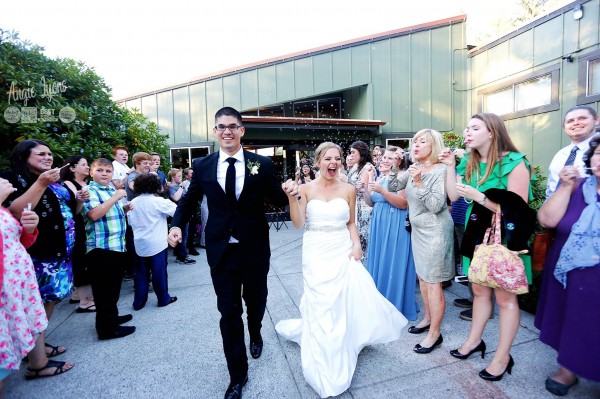 And away they go.

At the end of the day, I had a few moments to reflect on the whirlwind sequence of events, and I remembered that the same God, who has walked Rachel down the aisle of her life, continues to walk with her as a grown woman and a wife. Although my stumbling role in her life has diminished considerably, God will continue to work in and through both Rachel and Tim, and will present them to Himself as radiant offerings of praise. I think I can live with that.

As a Papa, I do want to remark on a few things that made me very proud: 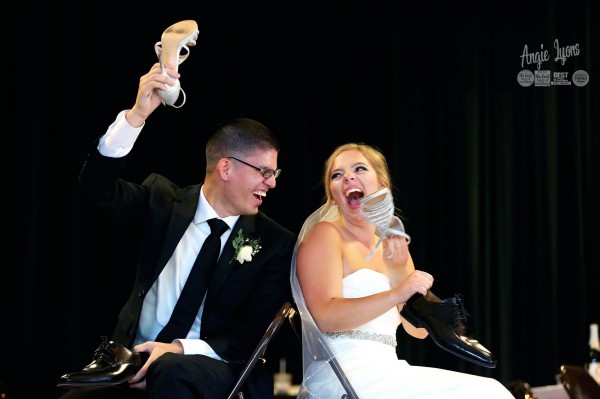 If the shoe fits…

But how can we let our little girl go? How can my little Gingersnap be all grown-up, swooped thousands of miles away, starting her own life with TJP? Who will serve as our “riot leader”, watch Mega Mind with David, and giggle with Sarah late into the night? Who will talk fashion with Daniel and push him in making good choices, or provide Kathy with a shopping buddy and a steady supply of coffee beans? Rachel has often been the hub of activity and relationship in our home, and her bright love and ready laughter will be sorely missed. 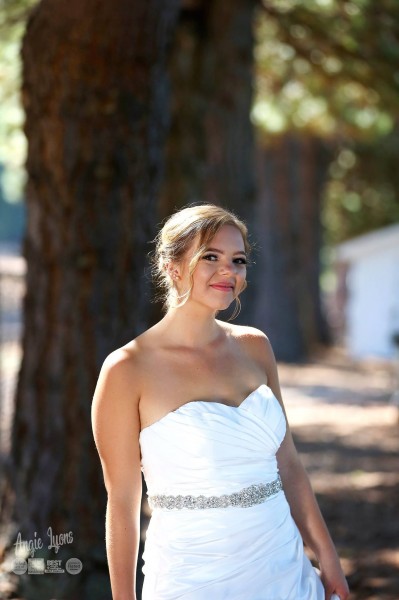 My little girl…all grown up.

Now they are in Florida, where TJP will soon graduate from his Air Force training; then on to Barksdale Air Force Base, near Shreveport, Louisiana. Having Rachel home for the summer was pure gold, but now we’ll have to scheme and plan for time with the newlyweds, as they establish their new identity as a family of their own.

A toast to the bride and groom!