As a student at The College of William and Mary, I took Geology 101. The course met at the dreary hour of 8 a.m., Mondays, Wednesdays and Fridays. I was a freshman, and I didn’t know any better during course selection — somehow I thought eight a.m. was a reasonable time for a college class. My friend Eric and I joined about a hundred others in the class, but on cold, rainy Mondays, the number of students would sometimes drop below 50.

The nice thing about Geology was that I could really identify with a rock at that time of the morning. But I must admit, apart from a ‘C’ as a semester grade, I only brought one thing away from the class: Mohs’ scale of hardness. 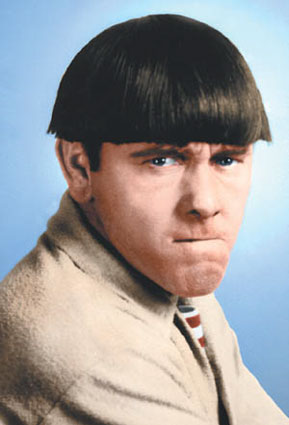 Moe, from the Three Stooges, not particularly known for scientific advancement, whether geologic or otherwise.

As it turns out, some rocks are harder than others, and a guy named Friedrich Mohs (not to be confused with Moe, of Three Stooges fame) invented a scale to reflect this fact. For example, Talc (a chalklike mineral) is considered to be a 1 on the scale, while Diamond is a 10. The human fingernail is a lowly 2.5, while glass is somewhere between 6 and 7. 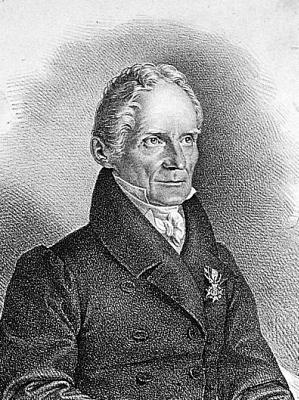 I share this important geological ‘nugget’ of information (sorry, just some geologist humor, there) because I was recently diagnosed with skin cancer. After the biopsy results came back, they called me up to schedule me for Mohs surgery. You can, perhaps, imagine my alarm — I had just healed from the biopsy — I didn’t want any mo’ surgery! After the nurse spelled it for me, I began to wish I had worked for a better grade in Geology.

Fortunately, the interweb (or possibly the webernet) is a veritable wealth of information on squamous-cell carcinoma, and the iterative surgical procedure they call Mohs (after Frederick Mohs, no apparent relation to the 18th century geologist) is apparently the favored way of dealing with this particular type of skin cancer, with a 97% success rate. 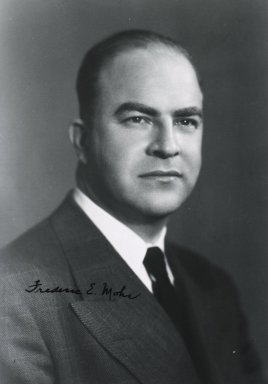 Squamous-cell skin cancer is fairly common, with about 700,000 cases diagnosed annually in the United States. It has a mortality rate of about a third of a percent, or a little more than three in a thousand.

(Parenthetically, one needs to be careful about research on the interweb. Until today, I was under the impression (based on another website) that the mortality rate was a little over 3%. While still a fairly small chance of death, this is ten times more likely than the other number I read, and it caused me no small amount of consternation, to think that I might actually die from this cancer.)

Anyway, today’s surgery was successful, and the doctor seems to think they got all the cancer, and that there is little chance of recurrence, given the size and depth of the malignancy. But I ended up with a pretty dramatic bandage and wound, which I plan to milk for all the sympathy I can. 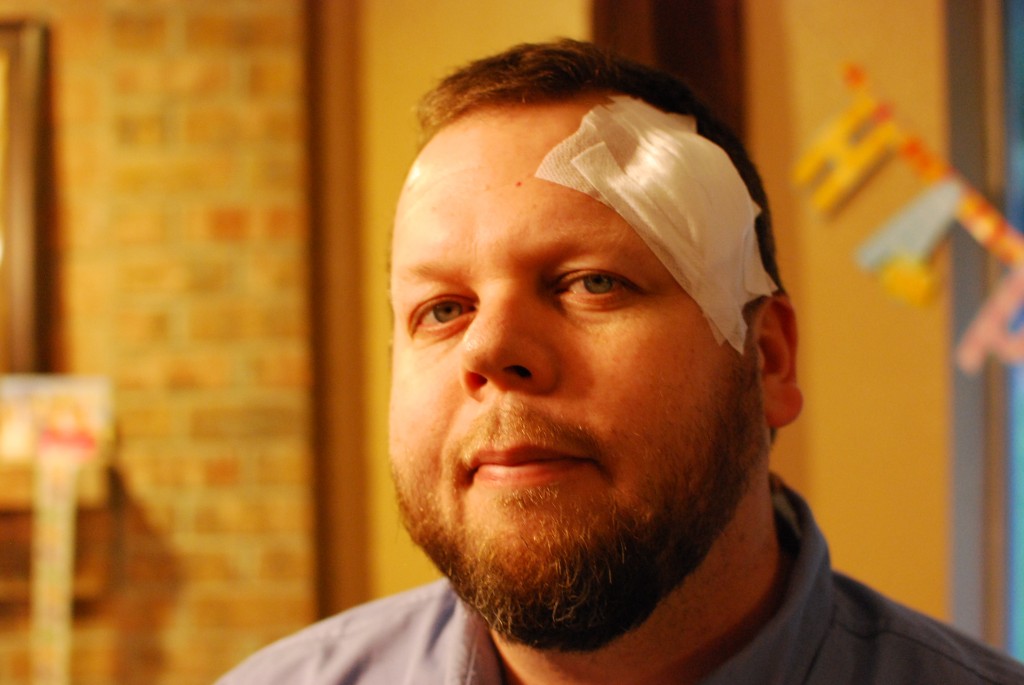 You should see the other guy!

It is interesting to reflect on how the prospect of physical death has had a sobering effect on how I view my life. I kept wondering, “What if I’m one of those who die of this cancer? Am I ready to be done with this life? Have I been faithful to God, with the time that has been given me?”

As I mentioned recently in One Month to Live, I am inspired by the story of Hezekiah. Now that it seems to me that I will not be dying immediately from skin cancer, what am I going to do with whatever time I have remaining?

I’m definitely not going to invite the Babylonians over to look at all my treasures.

5 thoughts on “No Moh Skin Cancer”