This last week Joshua and Rachel were both away, attending a week of camp at Black Lake Bible Camp. They were very excited to go, having worked all year to earn scholarships through attendance and memory programs. Both of them had a delightful time, and we were looking forward to hearing all about it when they came home â€“ especially from Rachel, who usually does not lack for something to say. 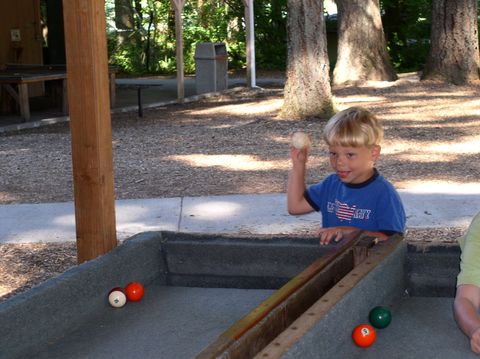 Daniel and David really enjoyed playing ‘carpetball’ at the camp. Er, they were glad to have Rachel back, too.

Rachelâ€™s homecoming was marred, however, by the death of our pet Guinea Pig, Martin. We had left him outside the night before as an unintended result of his weekly cage-cleaning, and for some reason (although he had plenty of water, and the night was not particularly cold) he died. Even more unfortunate, Rachel was the one to discover him when she returned home from camp that morning. 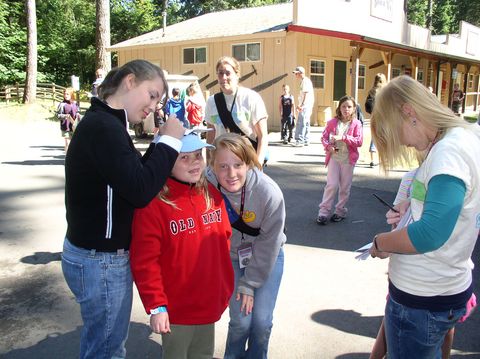 The traditional exchange of contact info at the end of camp with a new twist — writing addresses on your head.

It was a hard day. Rachel wept and wept, and Kathy and I felt guilty for not caring for him as well as we could have. Daniel was at first not particularly sad, but when he saw how much it hurt Rachel, he began to cry in sympathy for her. Joshua was pretty stoic about the whole thing, but I noticed that it was he who ended up digging the grave and carving a cross as a marker.

David and Sarah were largely oblivious, although they both went around with solemn faces, saying â€œPoor Martinâ€ from time to time. I suspect it may be several days before Sarah really understands what has happened â€“ and I donâ€™t think that David was ever really close to our sharp-clawed guinea pig.

At sunset, we held a little memorial service for Martin. I had each of the kids say something they remembered about our little pet and then toss a handful of dirt (or clover, or grass) into his grave. Rachel wept through much of the service, especially whenever anyone would talk about the way Martin looked. I think it really saddened her to discover his lifeless body, halfway into his little house.

We prayed and filled in the hole, and Rachel put some rose petals on top of the grave. We asked a friend who had recently lost a dog to talk with her, because Rachel knows that neither Kathy nor I loved Martin as much as she did.

I think that the little graveside service was a good idea â€¦ I think it will help the little ones to understand death a little better, and it will provide the older children with a context for grieving when they lose a family member or close friend, as they surely will, but hopefully not soon. 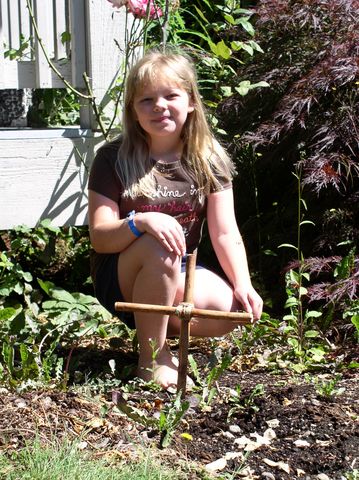 The next day Rachel seemed to have processed some of her grief â€“ I almost wept when she told me, â€œNow I know how hard life can be.â€ She is already angling for another pet, confident in her ability and willingness to love another animal, even though it may die and cause her sorrow. She told me that she thought she loved God more now than before Martin died: â€œI knew before that sin was bad, but now I see what it causes, and I understand why God is so strongly against it.â€ When faced with death, it is good to remember the One who has conquered death and removed its sting, so that we can live forever in the joy of His presence.