I am finally getting around to posting the blog about the kids’ play, How the West Was Dun from last week.

It’s Friday and time for the big play, time for the kids to ‘break a leg’ and show us all their stuff. The children stayed at the church all afternoon and into the evening, getting ready for the play. Bless the drama teacher!!! She works so hard and is always cheerful and encouraging. 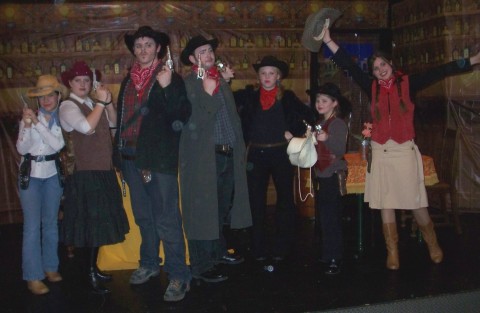 The play was wonderful! It was funny and silly and full of intrigue and romance and bad guys! As Rachel commented on yesterday’s blog, the drama class was shorter this year (by 20 minutes each week and a month in total duration) so the kids had much less time to practice. There were several painful moments on the stage when the actor didn’t remember their lines. Yikes! Not good. Unfortunately the drama teacher was in the back working the lights and there wasn’t anyone in the wings to help prompt the kids.

Ah, the show must go on, nonetheless.

Joshua played the banker and all around ruthless bad guy. He did a great job with all of his lines and could have used a microphone (although he, of all the actors, really knows how to project his voice). Joshua, as Rich Coldheart, longed to marry the widow’s daughter, not for love, but for her money. He had an evil scheme in which he would get the widow’s land and possibly the beautiful daughter as well. Wicked! 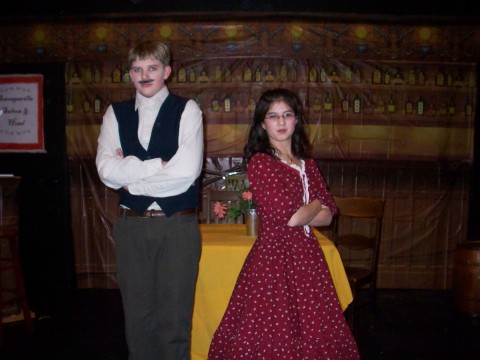 Rachel was one of the group of ‘bad guys.’ She played the Schizeophrenic Kid and switched back and forth between a bad and good character/criminal, depending on what hat she was wearing (black or white). She had a great deal of lines and delivered them perfectly. It was hysterical watching her change from well-spoken, polite gunswoman to nasty, rough scoundrel. 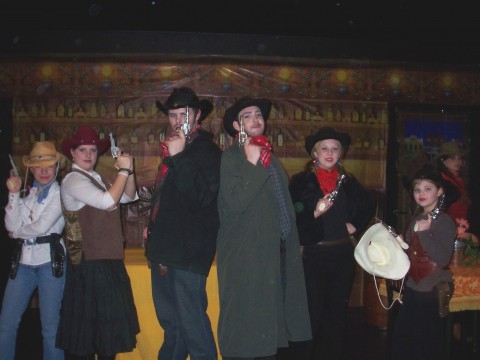 Rachel is on the far right. What a crew!

Daniel starred as the Lone Stranger. Much of the play was a take off on stereotypes and typical Western fare. Daniel had some very funny lines (and wore two layers of black masks which provided some fun physical humor). He wasn’t on the stage nearly enough! The drama class provided a wonderful opportunity for Daniel to try his hand at acting. It encouraged him in his reading and public speaking as well as taught him something of the work involved in the world of theater. 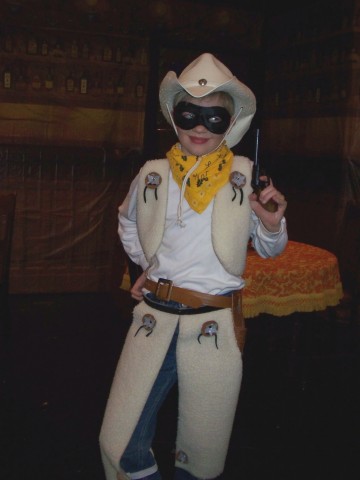 “Sorry, my friend, but his name was Toronto (my ex-faithful companion). I finally understood what he was saying. I thought he was saying Kemosabe, but it turned out he was calling me ‘Unclean and Snobby.’ I had to fire him.”

What a fun, fun evening! I took as many pictures as I could. We are sincerely hoping one of the other parents got the play on video so we can see it again.

The Sanctity of Life
Fireproof
The End of All Things