Many people think I don’t know the first thing about camping. This is rather irritating, as it strips away my carefully-cultivated reputation as a master-woodsman. With more than 20 years of Mark Trail comics under my belt, you’d think people would be more respectful. Sadly, I find this pernicious attitude even among members of my immediate family.

(As anyone knows, the first thing about camping is to cancel at the last minute, preferably with an unverifiable iron-clad excuse. But I digress.) 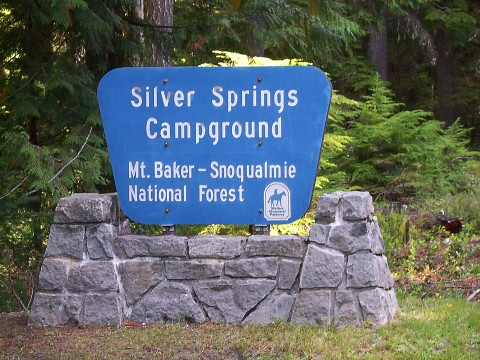 “You’re doing what?” fleered my brother, Torpid, when he heard of my plans to take the family camping. His sniggering jarred unpleasantly through the phone receiver. Torpid always did have a nasty snigger, as many of his victims can attest.

“Everything you “know” about camping is from reading equipment reviews on Amazon!, he chortled.

This was patently untrue, and I hurriedly closed down the browser window on my laptop, lest anyone gather the wrong impression.

I snapped back, “Shows what you know! I have a varied and comprehensive wealth of camping experience, passed down to me by my loving parents.” 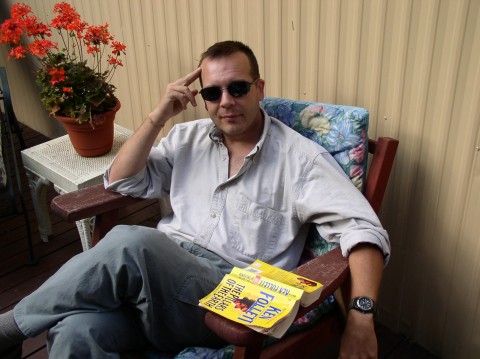 Torpid was unimpressed. “Yeah, I was there, remember? Seems all you learned was how to whine and avoid doing any work. I remember one time, I was carrying a 40-pound pack, and you had only a knapsack with a single bag of potato chips. Boy, the way you carried on, anyone would’ve thought we made you carry 80 pounds of bricks.”

I am often surprised at the way memory plays tricks on older people. My brother, no longer a young man, seems only a few years from senility, probably as a direct result of all the sniggering he does. He may hold a high position of authority and responsibility in the Army, but it only goes to show how short-staffed the military forces are in these days of global unrest.

As a child, though he is three years older than me, Torpid was often intimidated by my superior intelligence, physical prowess, dashing good looks, and social charm. Even at a young age, I was sensitive to his need to feel important. I graciously allowed him to perform a few menial tasks, lending him the illusion of contributing value to our family dynamic. Where other boys would have insisted on their prerogative to set up the tent, and their right to carry heavy backpacks and to build the fire, I was never one to put myself forward. Even my joking ‘complaints’ were carefully calculated to build him up in my parents’ eyes. How sad that my brother, now supposedly grown-up, would fail to grasp the true extent of my generous nature.

“How long after you’ve gone shall I wait before calling out Search and Rescue?” Torpid jeered as I hung up on him, amidst more sniggering.

Undeterred by my brother’s snide remarks, the day of the the camping trip dawned, bright and clear. About 8 hours later, we were almost ready to go, as storm clouds gathered and winds gusted. My wife, Latte, was worried about the trip, ever since she had heard there was no Starbucks at our campground. Maybe there’s a Tully’s, or even a Forza’s, I soothed, duplicitously. 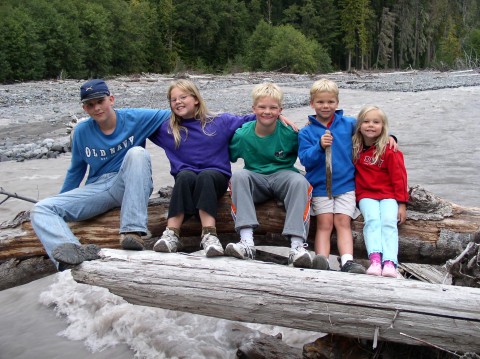 Fortunately, no one leaned backwards.

One of the things I have tried to teach my children is that camping requires a lot of careful planning. Even though we used an exhaustive checklist, it seems my family always forgets some minor piece of equipment. As we circled back toward home, only ten minutes into our trip, I chided them to ensure that, for the last time, we had everything with us in the car.

The effect of my sage counsel on the ears of my children was somewhat marred by unsolicited commentary. “I can’t believe you left the tent on the driveway!” exclaimed Latte. I’ve noticed that many wives seem to fixate on irrelevant details. 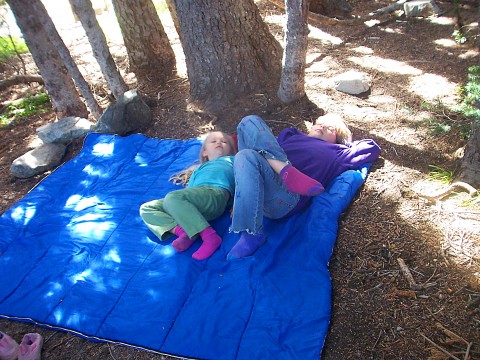 Do we really need a tent?

After what seemed like a trans-continental journey, we arrived at our campground and began to unpack. The constant whine from the drive had left a ringing in my ears, but my family was unsympathetic. “If you’d only stop whining, Dad,” they grumbled, “it would have been a more pleasant drive for all of us.” Latte wisely (but uncharacteristically) said nothing. 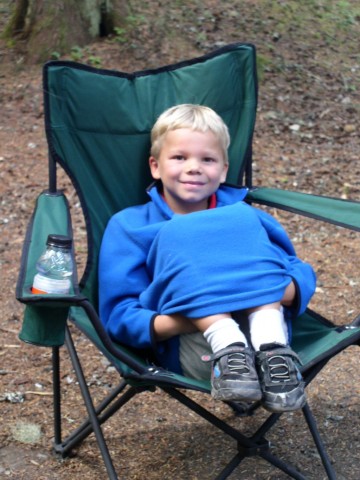 Two camp chairs and seven people … who did the math on that one?

As we surveyed our campsite, we noticed a nicely groomed, raised sand area bordered by fence posts, provided as a soft and level spot for our tent. Unfortunately, we soon discovered that the sand dais was too small. I can just imagine the boys back at Forest Service headquarters …

Genghis: “Hey, Adolph, we just received the latest tent dimension figures from the leading sports equipment manufacturers. Looks like the best-selling tents are all at least 8’2″ on the shortest side.”

Stalin: (sniggering) Yeah, and let’s put iron campfire rings in all the sites, but then issue a directive to disallow fires, fifty weeks a year!

Those Forest Service guys really enjoy their work. We pitched our tent on the only remaining semi-level part of the campsite, liberally festooned with large knobby roots that were sure to land us all in the chiropractor’s office. It was about that time that our youngest daughter, Thistle, announced: “I don’t have any shoes.”

Sure enough, she packed only flip-flops, hoping, no doubt, to avoid our planned death march to the Rainier Summit on Saturday. We decided to send Latte back to the last town we had passed to buy some shoes. “While you’re there,” I suggested, “maybe you could pick us up a tarp so these roots don’t put holes in the bottom of our new tent.” Latte leaped into the car and drove off without a backward glance, tires squealing, probably eager to top off her Starbucks thermos. 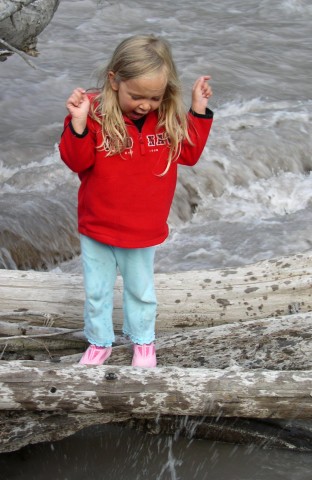 Sarah shows off her new shoes

As we watched the tail lights of the van disappear into the gloom of the forest, it began to rain.

Special thanks to Pat McManus, whose writing style I shamelessly borrowed in constructing this story.

Tune in tomorrow for the second installment of this gripping tale.

9 thoughts on “The Master Woodsman (Part 1)”