For the past two years and more, my beloved Kathy has carefully regulated the foods she eats. As with many frothing fanatics enthusiasts, it wasn’t long before her critical attention fastened on those around her with less healthy eating habits.

While I’m not quite in Scott’s league with his love for Cheese, I certainly enjoy food a lot more than is good for me. I almost never wake up hungry, and I’m often at work an hour before my thoughts turn to breakfast. At the office, culinary options are minimal, and I often settle for Diet Coke and Pop Tarts, known in Olympic circles as the Breakfast of Also-Rans® ™.

It didn’t take long for Kathy to suggest that I eat some of her healthy pancakes for breakfast, instead of my sugar-saturated fare. Her pancakes come fortified with egg, blueberries, steel-cut oats, and a variety of other complex grains which defy the body to metabolize them in less than five or six hours.

“Hey, these are like hockey pucks made out of sawdust! Who ruined these poor blueberries?”

It is these little supportive comments that set me apart from other, less sensitive, husbands. 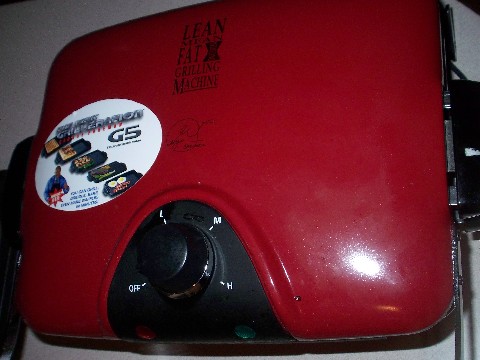 Kathy was unamused. Craftily balancing the oat-to-sugar ratio, and adding pineapple or mandarin oranges as available, she came up with a delectable recipe that I can eat without complaint, and which is filling enough to last me the long, weary hours until lunch. (This was a significant improvement over the Pop Tarts, which stave off hunger for about 15 minutes).

At first, Kathy pain-stakingly grilled my pancakes on our griddle, but she soon found a quicker way to make them: the delightful George Foreman Grill that her Mom sent for her birthday. These days she usually makes a large batch of the pancakes on Sunday nights, and freezes them the rest of the week, for the days I don’t work from home. Each morning, when I get to work, I pull them out of my lunch bag happily and reheat them, chortling gleefully in my cubicle, to the general consternation of my co-workers.

Today, the chortling was cut tragically short. As I examined my pancakes (actually now in the form of waffles), I realized that the re-assembled shape of the tasty jigsaw was incomplete — someone had eaten one of my pancakes. I present Exhibit A below, with the missing piece carefully highlighted, for your consideration: 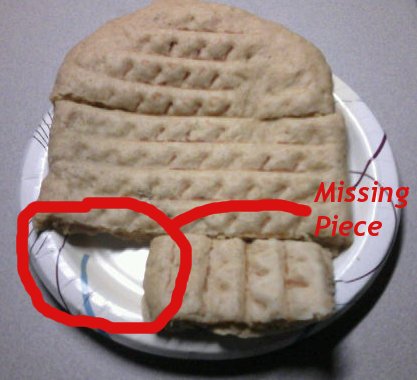 Who could have done this dastardly deed?

Here I was, slaving my little fingers to the bone, rising well before there is anyone around to call me blessed, sacrificing my time and energy to support my little family; yet someone, probably a trusted member of my own household, was guilty of this vile theft. My blood boiled and epithets formed on my lips: Pancake Purloiner! Waffle Weaseler! Flapjack Finagler!

I called my carpool buddy, who I assumed must have ‘liberated’ one of my pancakes while my attention was on the road: “Al, how dare you eat one of my pancakes?”, I shouted into the handset. (I’ve often been praised for my diplomacy and tact.)

Of course, Al denied the theft, and our company physician staunchly and uncharitably refused to stomach-pump him for evidence. As I filled out the Crime Complaint Form on the Washington State Patrol forensics website, I sadly checked the theft by persons unknown box. 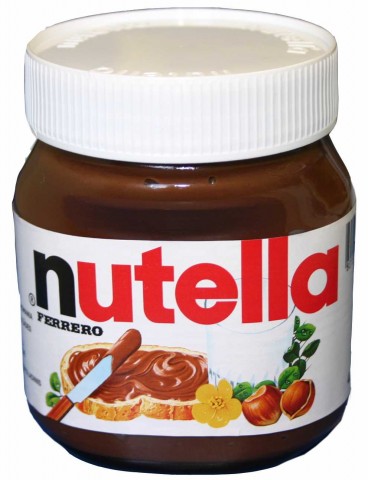 One jar to rule them all, one jar to find them …

There was really only one thing I could do that would console me in this bitter loss: I turned for comfort in this dreadful hour to a birthday present I received from a good friend: my faithful jar of Nutella. 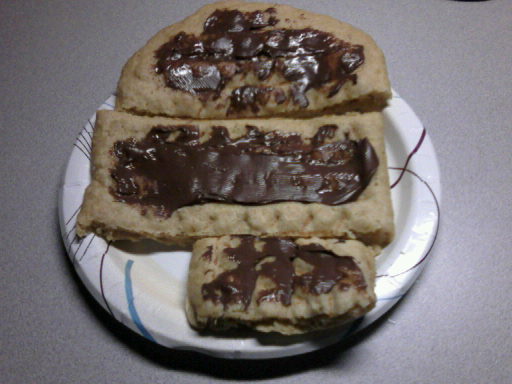