I’ve got some delicious chocolate chip cookies baking in the oven. It’s 11:30 pm, but surely that’s not too late to bake cookies. Tim and I had a fun idea for our Sunday School class tomorrow and fresh baked cookies are part of our scheme. 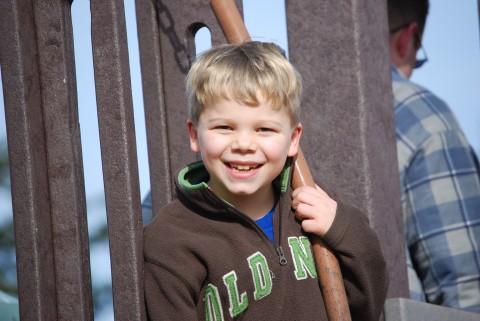 But then is there ever a time when fresh baked chocolate chip cookies (with a scattering of butterscotch chips) aren’t welcome.

Maybe at a Weight Watchers meeting. 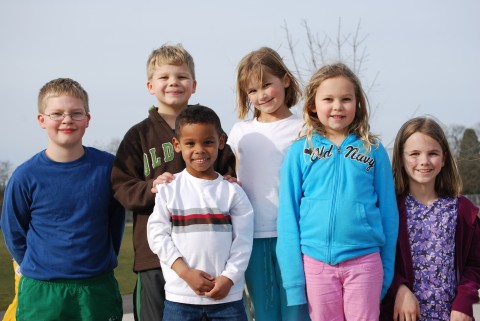 This is not an actual Weight Watchers Meeting.

These, of course, are made with half whole wheat flour. Or rather white whole wheat. What does that even mean? Does anyone know? It’s a type of King Arthur flour and it’s actually called white whole wheat. Interesting. I’m hoping it means I can use it in chocolate chip cookies and no one will fuss about the whole wheat texture/flavor. 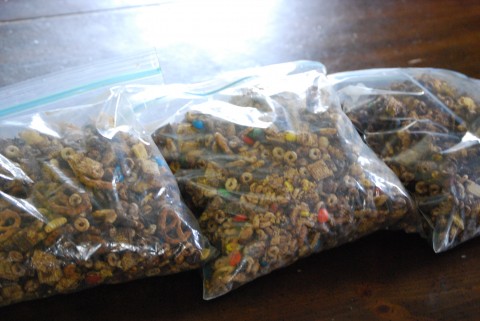 On Thursday nights, when I should be working on homeschool co-op prep and getting ready for a good night’s sleep, I am often overcome with an irresistible urge to bake. It’s not logical. It’s not helpful. It is, however, very tasty. Last week I made cinnamon crispies – basically an incredibly sweet and delicious cinnamon roll. I discovered the recipe on a blog. Go now and check it out. Your family will rise up and call you blessed.

Of course, they’ll also need to spend some time at that Weight Watcher meeting, but the cinnamon crispies are worth it.

This week I made up a huge batch of chocolate Chex mix. We had some at our Debt Free party and the kids have been raving over the leftovers ever since.

“I’m addicted to trail mix. Did I ever tell you that?” Joshua said to me several times during the week.

What’s a mother to do? Obviously she should wait until the last minute on Thursday night and make trail mix.

I’m sure you all agree.

Now, it turns out that my three older children are very particular about what they like in their trail mix. Or rather, what they DON’T like in their chex mix. The basic mix consists of: Chex cereal, Cheerios, nuts (this time it was peanuts and cashews), pretzels, a little bit of M&M’s, and dried fruit. As this was a “muddy” trail mix I melted chocolate and peanut butter chips and drizzled them over the entire thing, stirring gently. 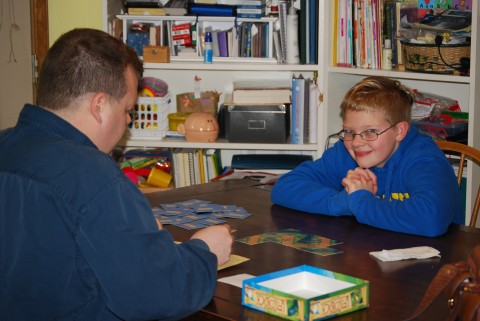 Tim, it has been revealed, likes any and all trail mix. Preferably the kind with lots of chocolate.

Hmmm, not a problem I decided. I pulled out several large bowls, divided out the ingredients and made individual recipes of mix per child. I did have to verify the preferences several times but after a little bit of work I had trays full of Just My Favorite Chex mix for the kids.

From there I went on to make banana chocolate chip muffins.

Please don’t ask me how many hours of sleep I routinely get on a typical Thursday night. It’s not pretty. Thankfully my Fridays include plenty of strong coffee and many other blessings.

If you have any suggestions for what I should make this week, do share. I like to bring some sort of treat or goodie to my co-op classes. You know, to bribe the teenagers into doing their work and thinking I’m a cool teacher.

It’s mostly working. They haven’t fired me yet.