A look at our week on the peninsula… 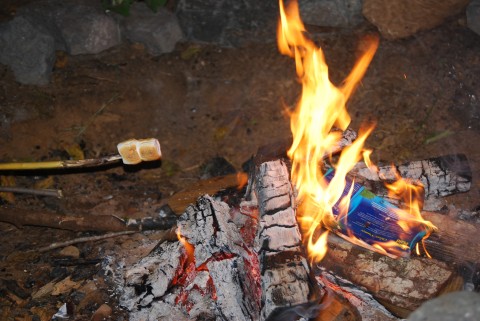 It took us three vehicles to get out to the Duckabush. I think Mom filled up an entire car with food and suitcases. She tends to over pack. It makes her handy to have in an emergency.

The bikes were on the back of her car. Dad didn’t want to bring them, but Mom insisted. I heard her mumbling something like, “I don’t care if those bikes aren’t safe on gravel… it’s a great learning opportunity.” But I might be wrong. Mom even convinced the neighbor to “show her how to put the bike rack on” while she went inside and had some coffee. The bikes turned out to be great, and the scratches healed really quickly. I guess Mom occasionally comes up with a good idea. 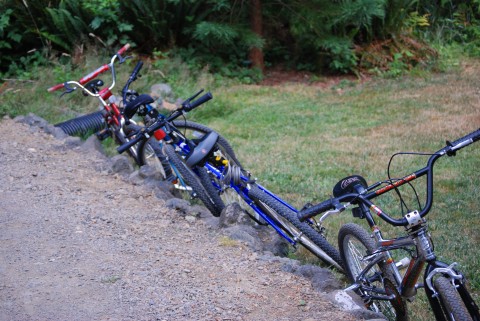 Even though we were on vacation, Mom seemed to spend a lot of time in the kitchen. I don’t know what took so long. There were only 8 or 9 kids at the house for the week. Is it that hard to feed people? Sigh. 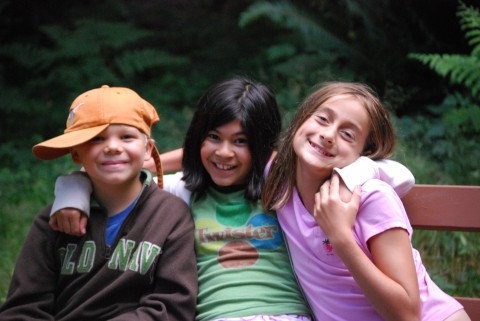 David, Lizzie and Emma are ready for s’mores.

Plus she kept leaving the kitchen and trying to relax on the deck (something about “it’s my vacation too, you bunch of hungry children”). One day she completely burnt a bag of popcorn. I don’t think the kitchen will ever smell the same. Another day she pretty much destroyed a frying pan while she went out to say hello to friends. What is with that? 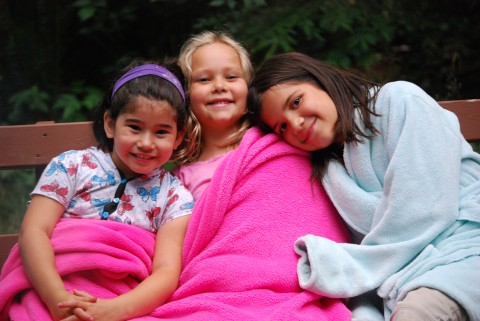 It’s important to have a pink fuzzy blanket for the fire pit.

Some moms are just not very attentive. I think she finally took the smoke alarm and disabled it. 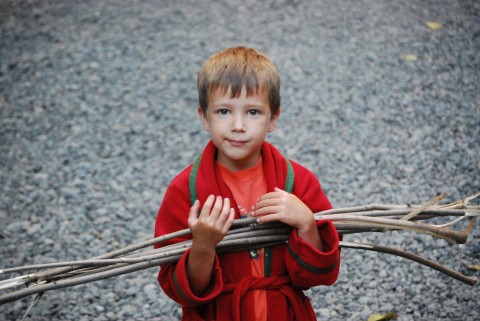 Little Daniel helped carry sticks up to the fire for roasting marshmallows.

Thankfully there was a fire pit up above the creek. No smoke alarms around and we could have s’mores. Of course, Mom said we could only have two s’mores each. Doesn’t she know we need sugar to fuel us for the week? So what if there were 16 kids (6 or 8 of them teenagers) fighting over the marshmallows? Didn’t she pack enough for unlimited s’mores? 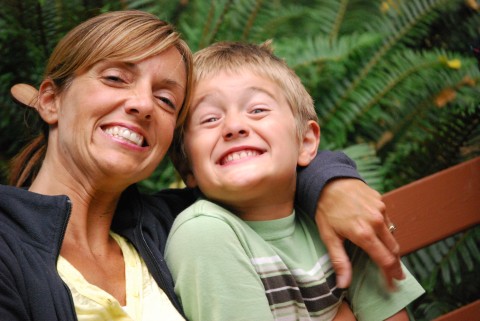 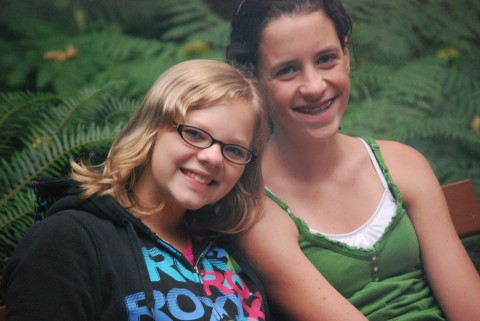 Rachel had LOTS of girl time this week.

What kind of camp is this anyway? 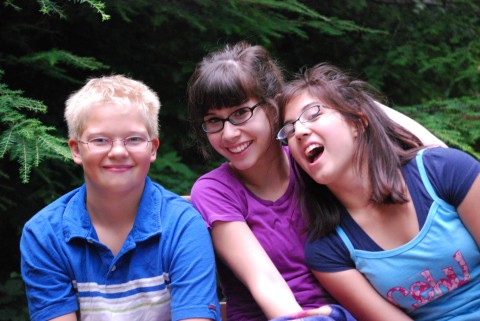 Daniel and Hannah wonder if Bethany can catch marshmallows without using her hands. 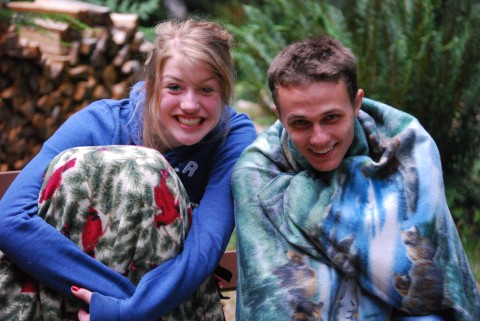 Leanne and Luke – pros at getting the little kids to roast marshmallows for them.

While we were sitting around the fire, we had our Bible chapter time. We’re in the middle of 2 Samuel right now. Nothing spices up a camp fire like a discussion of King David beating up some Philistines. 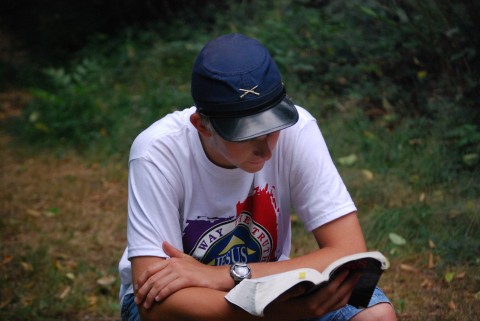 If we could keep Joshua focused on reading the chapter, there were more s’mores for the rest of us. 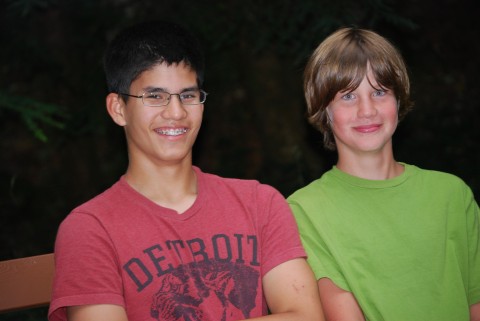 These look innocent, but I’m not sure….

There were also some rather violent games that took place during the week. The main injury was Bethany’s glasses. Not bad considering the crowd involved. 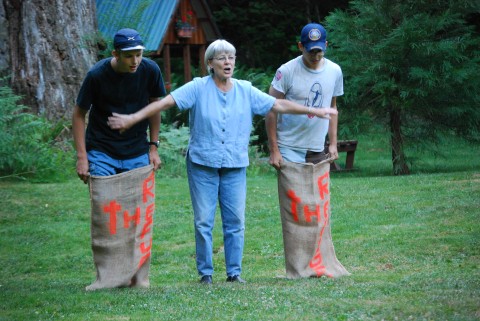 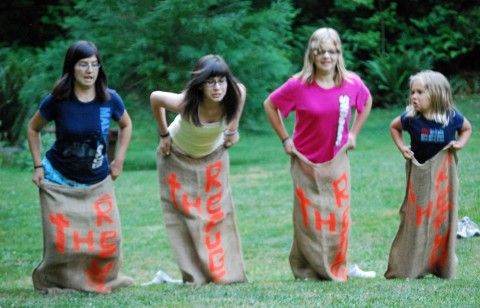 Timothy and Bethany were the true champions of the fierce sack race competitions. It was only when they faced each other that the trouble took place.

So diary, I don’t have time to write any more. I’ll try to come back again soon. Thanks for always being there. XOXOXO