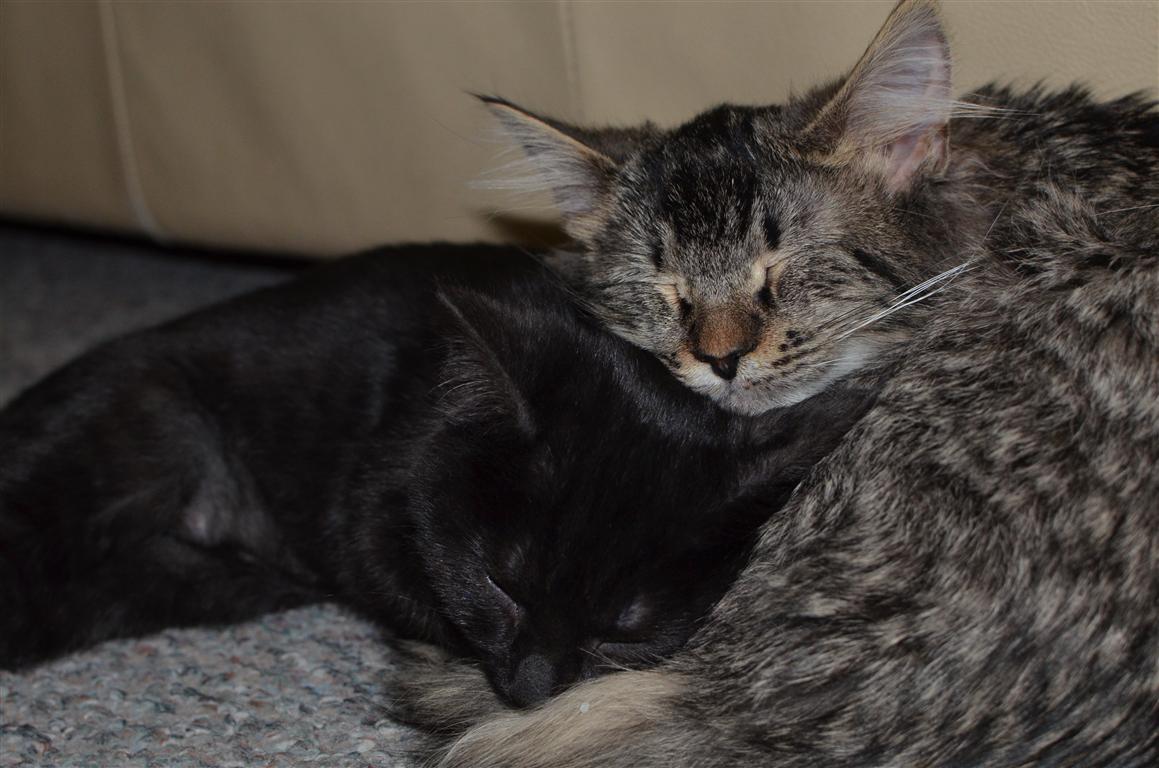 One of the problems with our blog being out of commission for so long, is that our life did not stay on-hold. Instead, it rushed onward with little regard for the lack of proper recognition. As everyone knows, if an event isn’t recorded on the blog, it didn’t happen. For that reason, I will try to recap.

Perhaps most significantly, we brought home not one, but two kittens. No, I can’t really explain how that happened, although I suspect that a blow to the head may have featured prominently. Miri (five months) and Misty (two months) have settled into our home as if they have always ruled here, graciously allowing us to serve them in various capacities. I must say, it is pleasant to have the pitter-patter of little feet around the house again, even if it is of the four-footed variety.

Although they first were not the best of friends, the two kittens alternate between chasing each other as ancient foes, and napping together as bosom buddies. They survived their first visit to the veterinarian, and have accustomed themselves to our chaotic household as much as is possible. 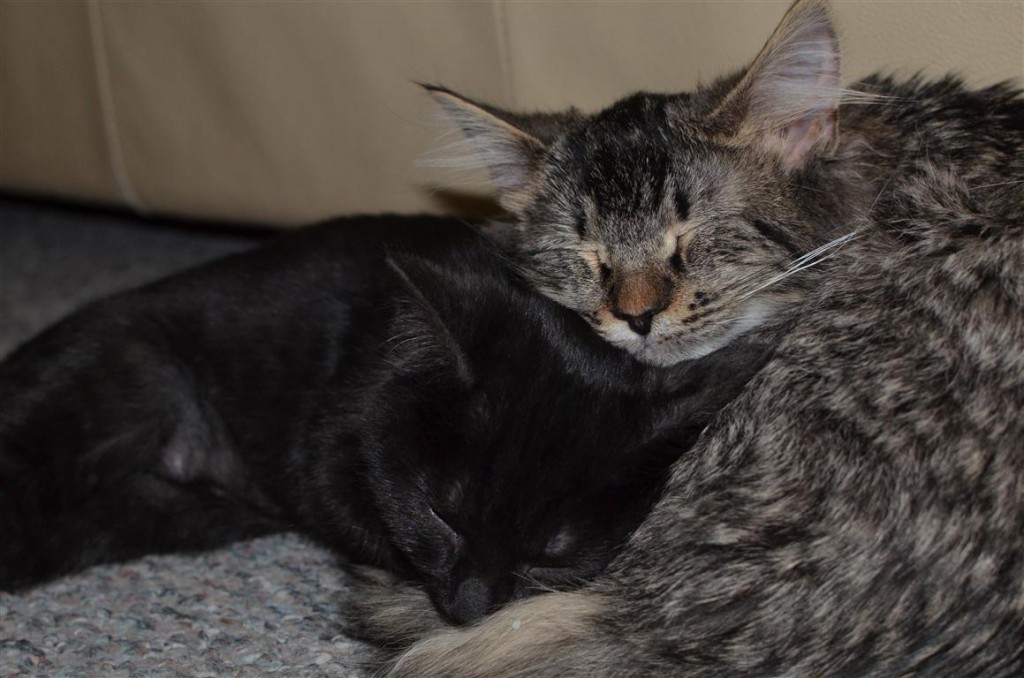 So much for bitter emnity.

The second interesting thing that happened in January was a sudden snowstorm. Here in Washington, we mostly keep the snow on the mountains (where it belongs, according to many grown-ups). It is not unusual to have an entire winter devoid of any significant snowfall in the lowlands, especially as close as we are to the Puget Sound. Last year was like that — I think we received only an inch or so. Very disappointing to kids.

In January 2012, however, it was a different story. 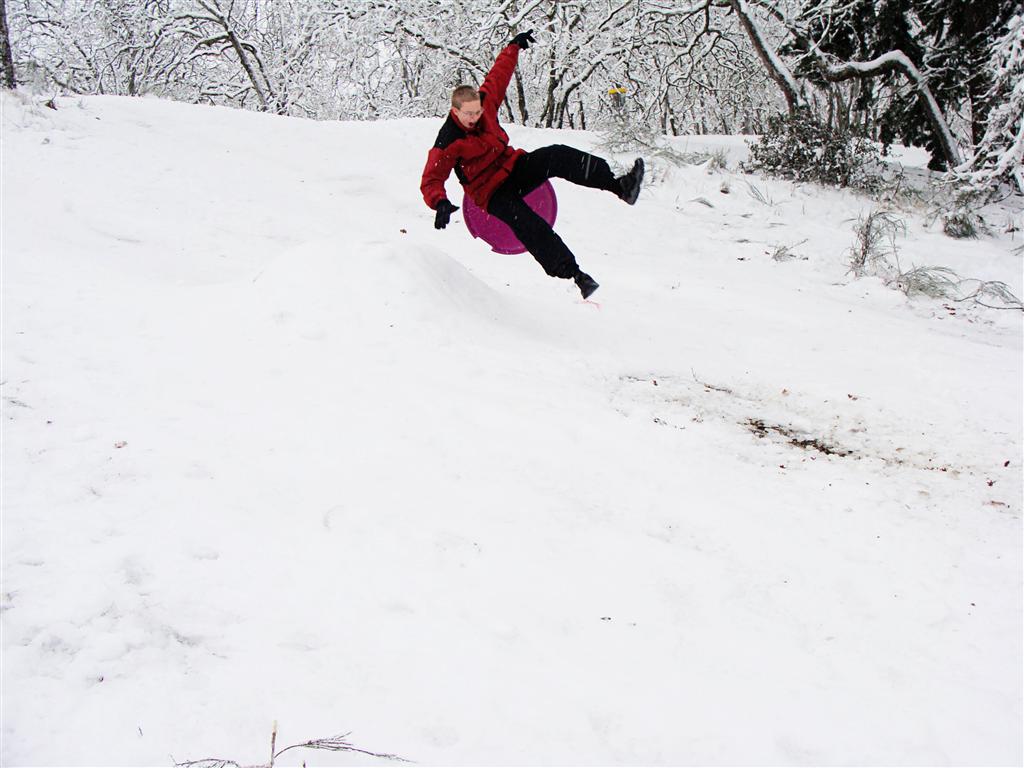 The kids lost no time in putting together a sledding party, at a nearby golf course.

When this year’s snow arrived, there was much rejoicing. We had as much as 8 inches of snow one day, and another inch or two the next. If it weren’t for widespread power outages, the storm would have been even more appreciated, as schedules and plans were canceled, and families hunkered down. 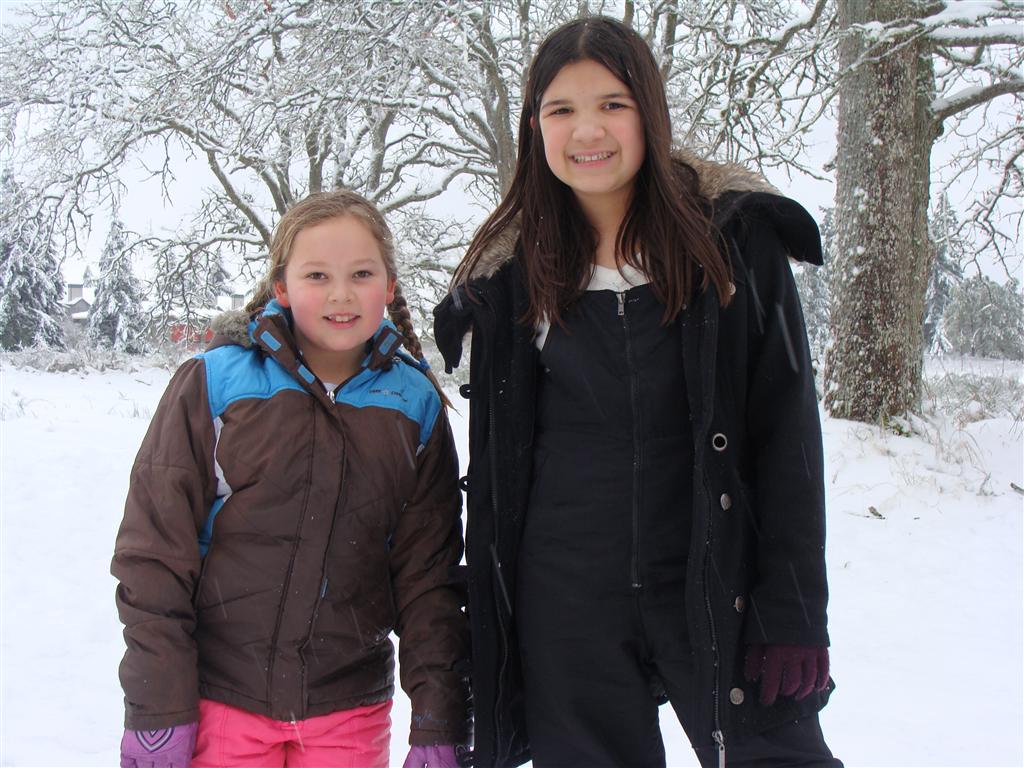 We were powerless for only about 90 minutes, and were able to host some friends overnight — it was a festive occasion from our perspective. (Not so fun for those who went 4+ days without power, losing freezer food in the process, heating stones on their outside grills and then wrapping & putting them in beds, just like in Little House on the Prairie.)

Of course, after a week or so, everyone is done with the snow, and expects it to melt away (which it, being Washington snow, properly did). I have to chuckle when I compare it with memories of Michigan and Connecticut snows, which turned to ice and became a near-permanent part of driveways and sidewalks, for months and months.

As always, it is impossible to reflect on a month gone by without mentioning how blessed we are by our Lord Jesus. God is so good to us, in so many ways. We have been mostly healthy (apart from the sore throat and cold that is stalking us this week) and much happier than we deserve. Thanks to a bonus from my employer, we were able to pay off all our Christmas debt, and we are looking forward to Spring with joy and eager anticipation.

Daffodils and DVDs
The Sanctity of Life
Blog Number Alert