Homeschooling is not for the faint of heart. Year after year, your failures as a teacher are mapped out in the ignorance of your children. Sometimes you want to just give up and hand the responsibility over to someone else — anyone else.

But sometimes you have a triumph. Today was such a day.

Yesterday, Union University called. “We’d like you to be home for our call, tomorrow at 3 pm,” they told Joshua.

Union University is a Christian College founded in 1823 in Jackson, Tennessee

This was less ominous than it sounds. Joshua had recently traveled to Tennessee for the Scholars Competition at Union, where 160 candidates competed for approximately thirty full-tuition scholarships. We spent an amusing half-hour speculating about the reason for the call. 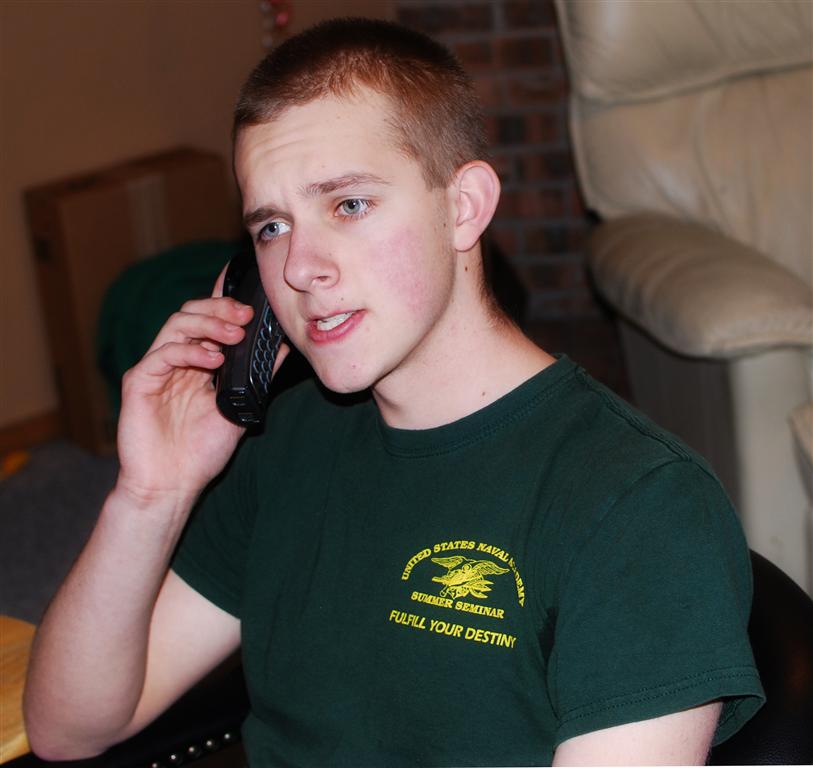 “Maybe there’s another round of interviews — the guy who makes the final call on the scholarships didn’t get a chance to interview you, so they are going to grill you. Maybe now you can finally tell them how you would ‘rethink hospitals in America’?”

Actually, Joshua is still grappling with that interview question, so it is a good thing they didn’t call to get clarification. My beloved niece, Rebecca, won the Provost scholarship at Union two years ago. She ruined all my fun on Facebook. “They don’t do another round of interviewing,” she told us confidently.

I spent the intervening 24 hours teasing Joshua mercilessly about the call. “Gosh,” I would say. “Three p.m. seems a long time away. I can hardly stand it. How the hours seem to drag!”

I’d weave it casually into conversation: “Say, could you pass those potatoes? Don’t make me wait until 3 pm tomorrow for them!”

When they finally called about 3:20, we were all on pins and needles. We had prayed as a family about the call, but we were still very curious. Joshua had craftily taken the house phone into his room, and closed the door. But a few minutes later, he came down with a big grin on his face. Sure enough, he was awarded a full four-year tuition scholarship to Union. We are very thankful to God for His provision for Joshua — indeed, almost an embarrassment of provision. 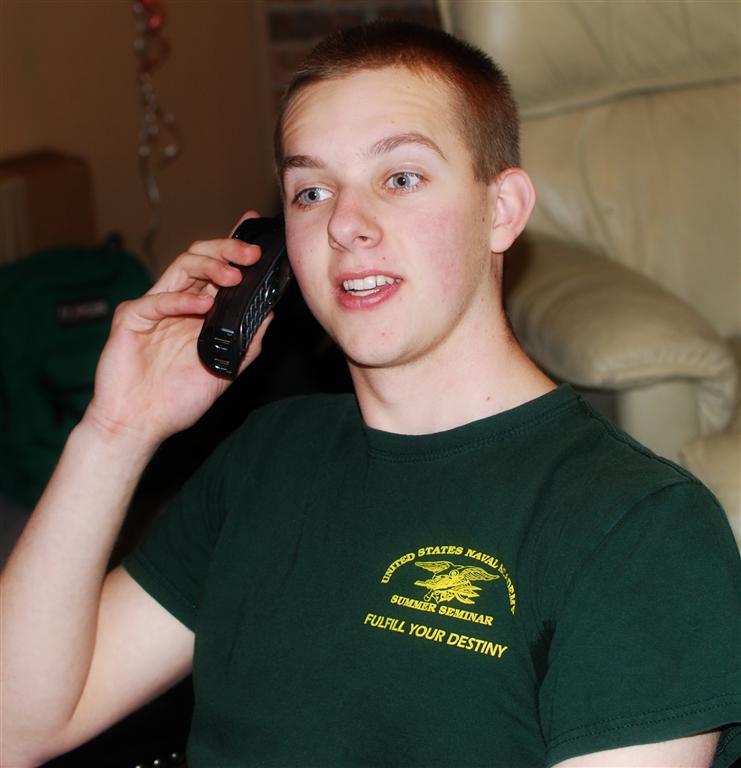 First, Joshua received a half-tuition scholarship from Union. Next he was notified of a full-tuition Navy ROTC scholarship to Point Loma. Azusa Pacific followed with a $10,000/year offering. Then came an almost-half-tuition scholarship at Whitworth. The type 7 Air Force ROTC scholarship that came a few weeks later was a little less generous — $18,000 per year for the second, third and fourth years of college (for out-of-state schools). Then Wheaton followed with $3500/year. Now, to receive this full-tuition scholarship from Union, is like whipped cream and a cherry on top of a large ice cream sundae. It is very fun to see Joshua be so favored and blessed by God in this abundant fashion. 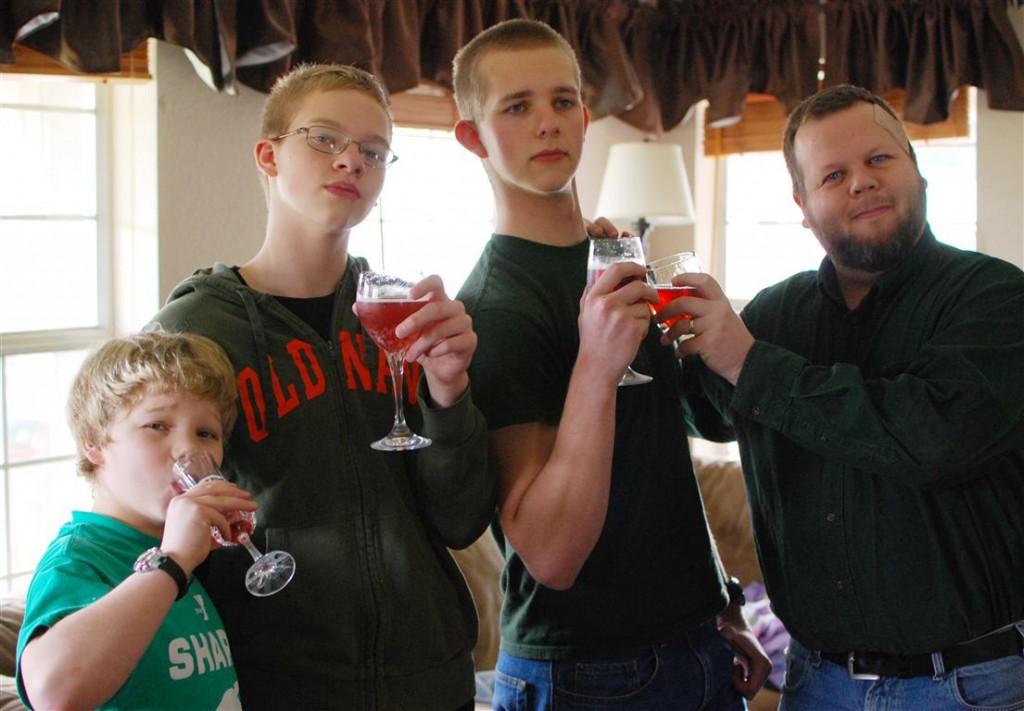 We always love an excuse to gather and celebrate with some sparkling cider.

As much as we clearly see the hand of God in all this, and do not seek to diminish His glory, Joshua’s faithfulness and diligence as a student have clearly placed him in a place where God can freely and generously bless him. We are very proud of the way Joshua has conducted himself as a student and as a man of God. 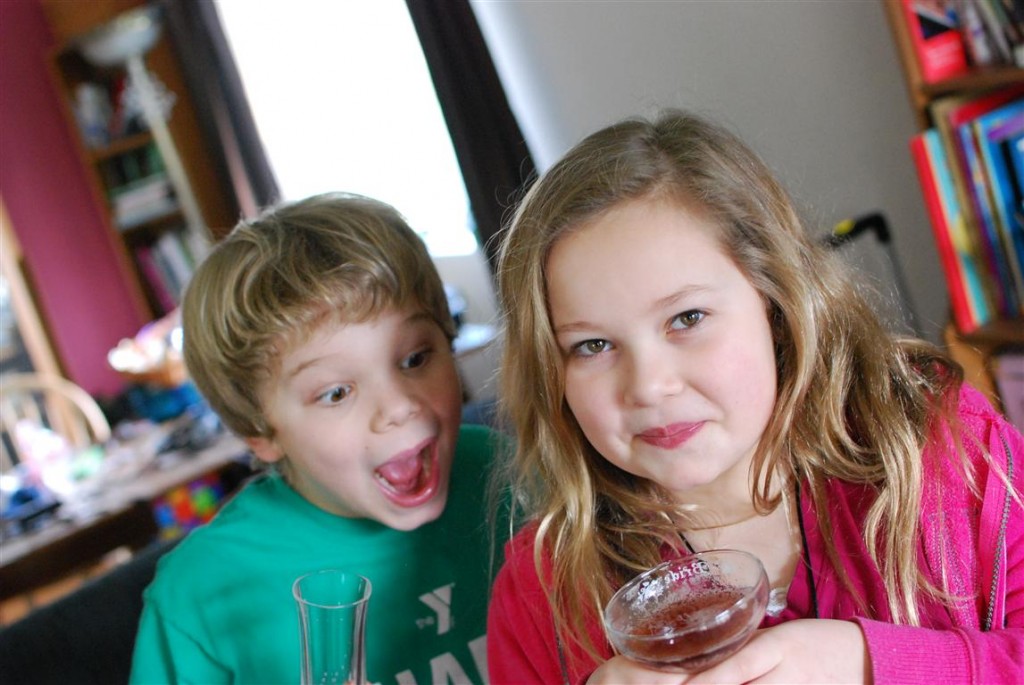