One of the things I like best about living in Lakewood, and attending our church, is that we have acquired some very interesting friends. We’ve been here for more than ten years, now, and we have been greatly blessed. It is a little strange for me, since I’ve never lived anywhere else for more than five years at a time.

One couple that we greatly love and admire recently celebrated the birth of their seventh child, but chose not to have a typical baby shower. Instead, Peter and Abby invited us to attend a Murder Mystery party, hosted by John and Shari and catered by Chris. 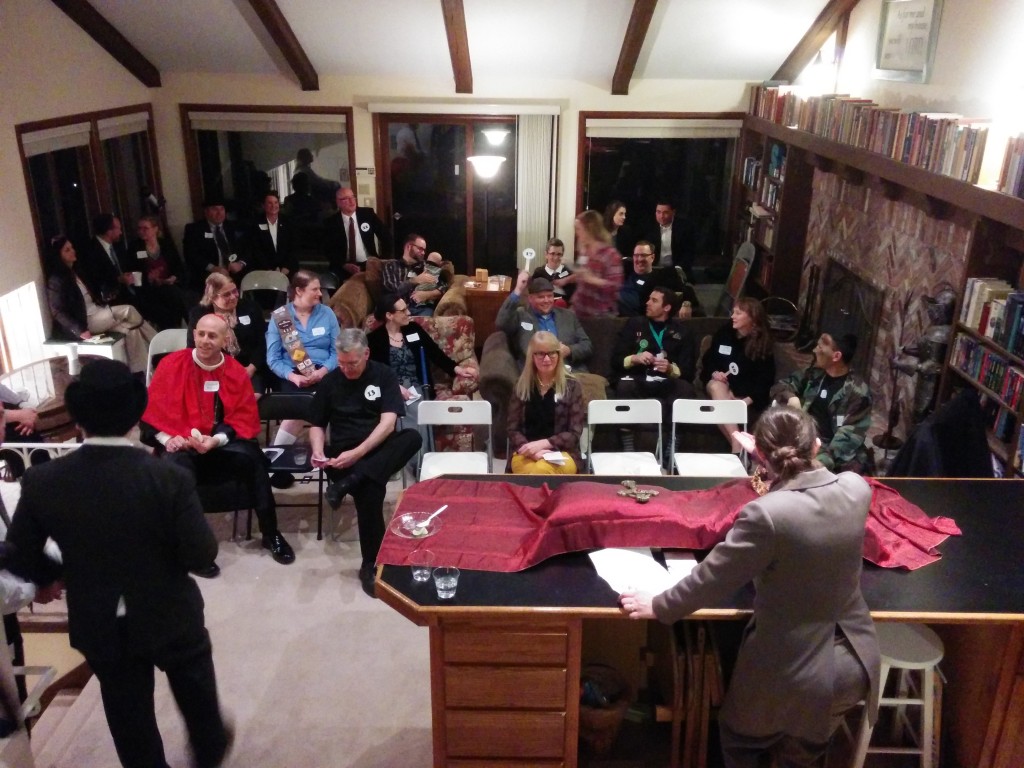 Several items of great value were auctioned-off, adding some complexity to the game.

It was a lot of fun; I played the bumbling detective, and Kathy was an actress-turned-shop-owner, but was secretly an heiress. Prizes were given for: 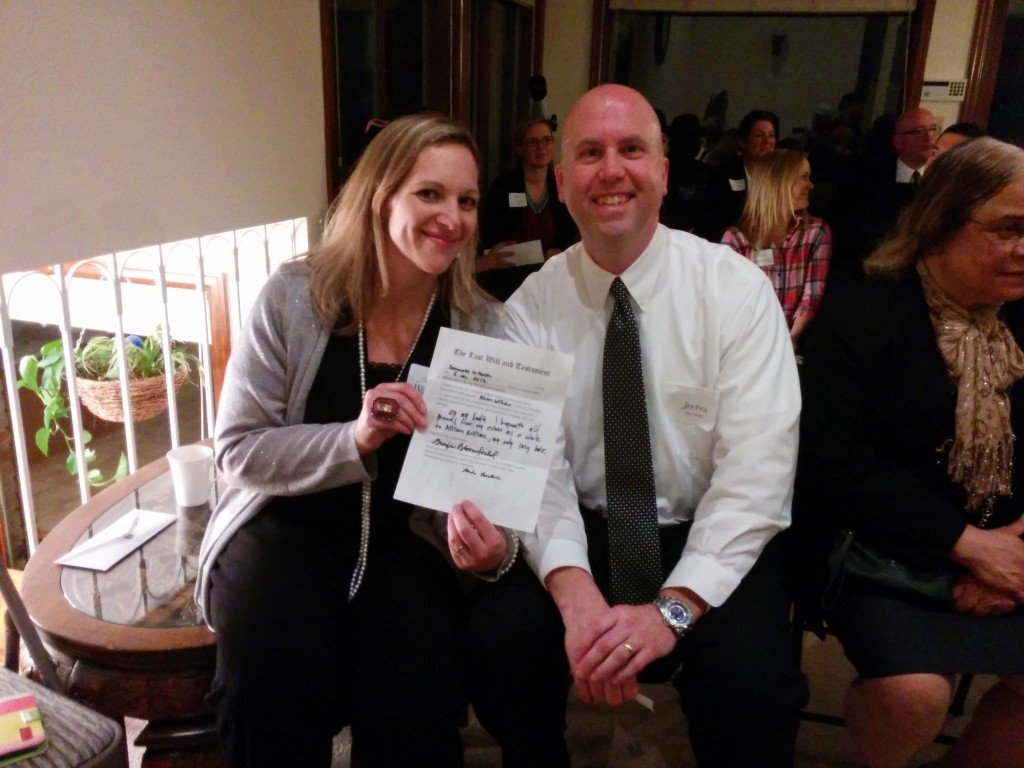 Kathy and her ‘uncle’, who played the butler, and provided the feast (and corroborated her story).

Sadly, I did not correctly guess the murderer(ess), but we had a lot of fun along the way, and very much enjoyed the meal. Baby Tuff did attend, so hopefully he enjoyed the party as well. 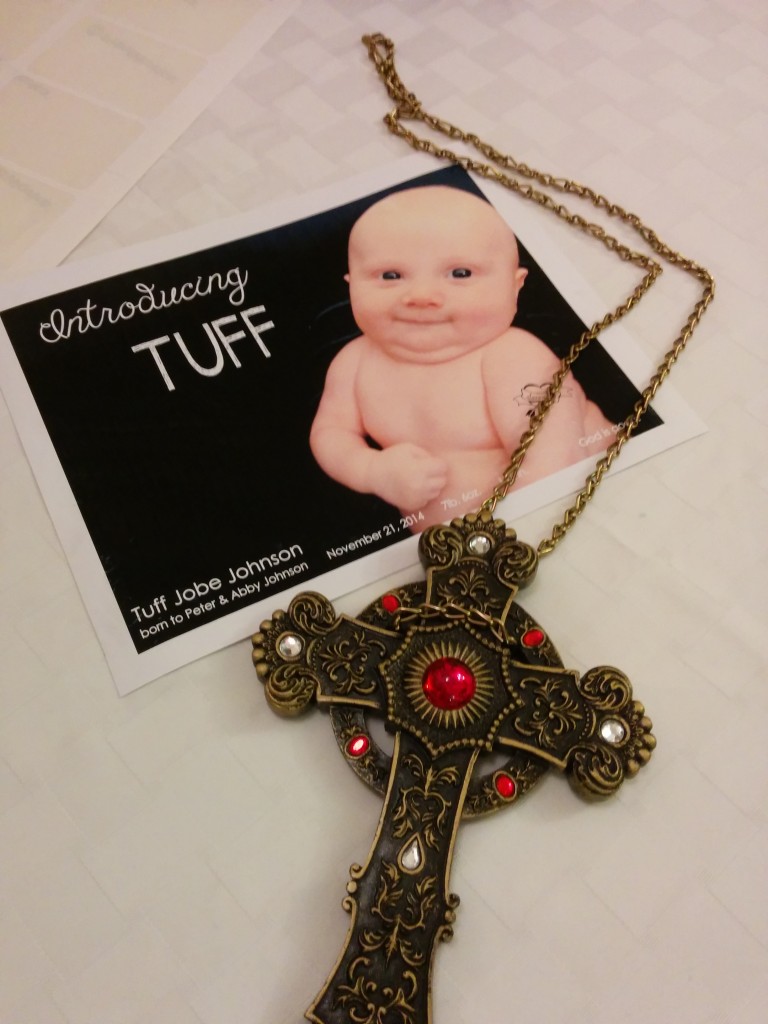 Tuff was clearly the MVB (most valuable baby).