Our Sunday School class is studying Exodus, these days. Today we reached chapter 16, in which God provides for the starving people of Israel with Manna from Heaven (and some quail). Since our class is a full-family operation, I decided to include an activity that would involve everyone, from youngest to oldest. 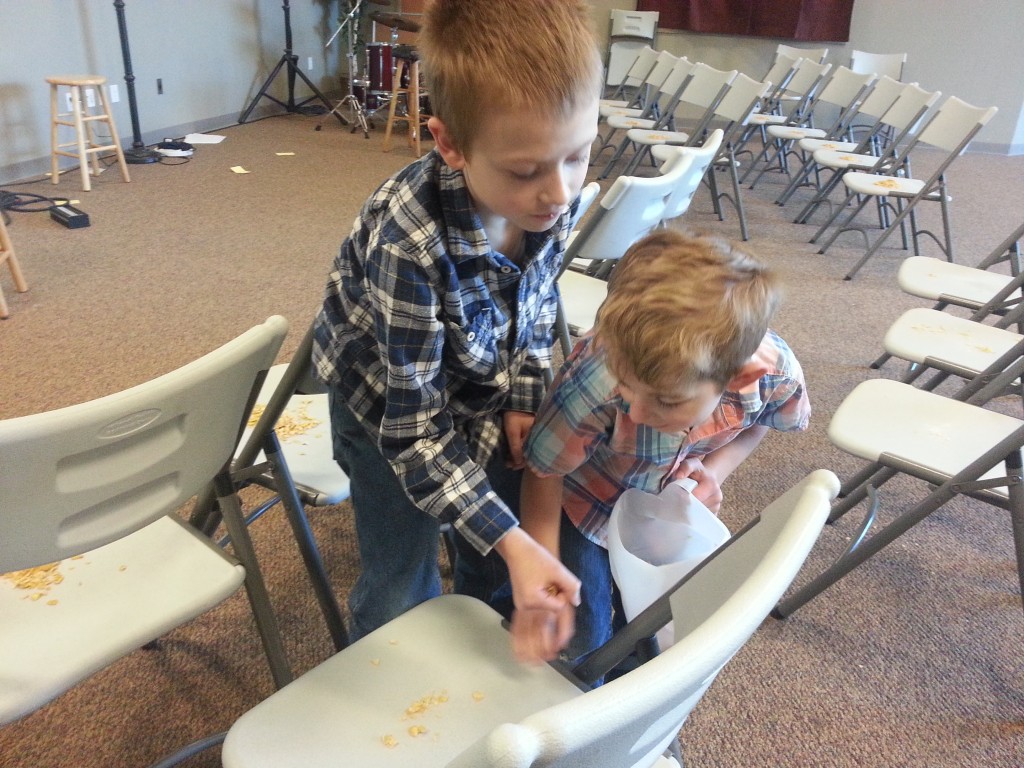 Nathaniel and Cooper were eager to gather the flakes from the chairs.

First, I had two of the younger kids gather an Omer (not quite a gallon) of ‘Manna’ (we used frosted flakes to simulate). I had previously coated the classroom furniture with a thin layer of the ‘Manna’. It was interesting to see that, although it took minimal effort to gather the daily ration of food, it was still a task that required some ten or fifteen minutes. 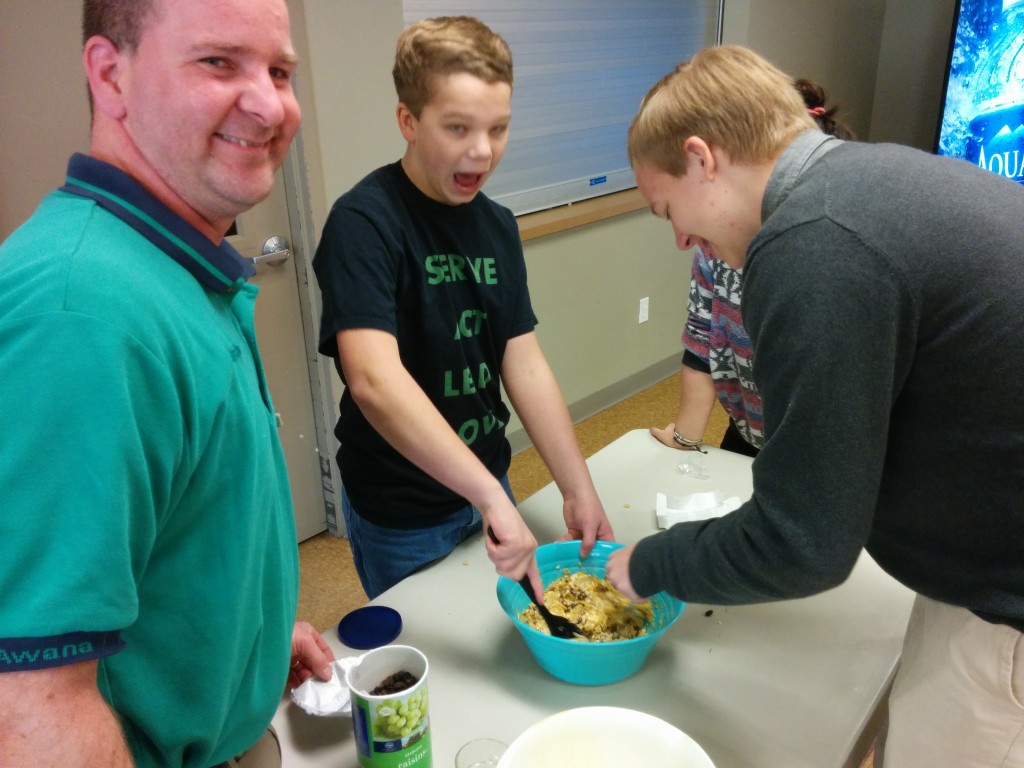 David doesn’t really like cream cheese, which was a key ingredient of his team’s pancake.

Dividing the class into four teams, I gave them each a supply of Manna (frosted flakes), one egg, about a teaspoon of baking powder and roughly 1/3 cup of oil. Then I let each team choose, in turn, two of the eight ‘optional’ ingredients:

We provided mixing bowls and griddles, as each tried to convert their frosted flakes into some kind of flour and to construct a pancake that would hold together enough to cook on the griddle. I shanghaied two passing church members into being judges, and we held a competition, sort of like the TV series, Chopped, but with a much smaller budget. 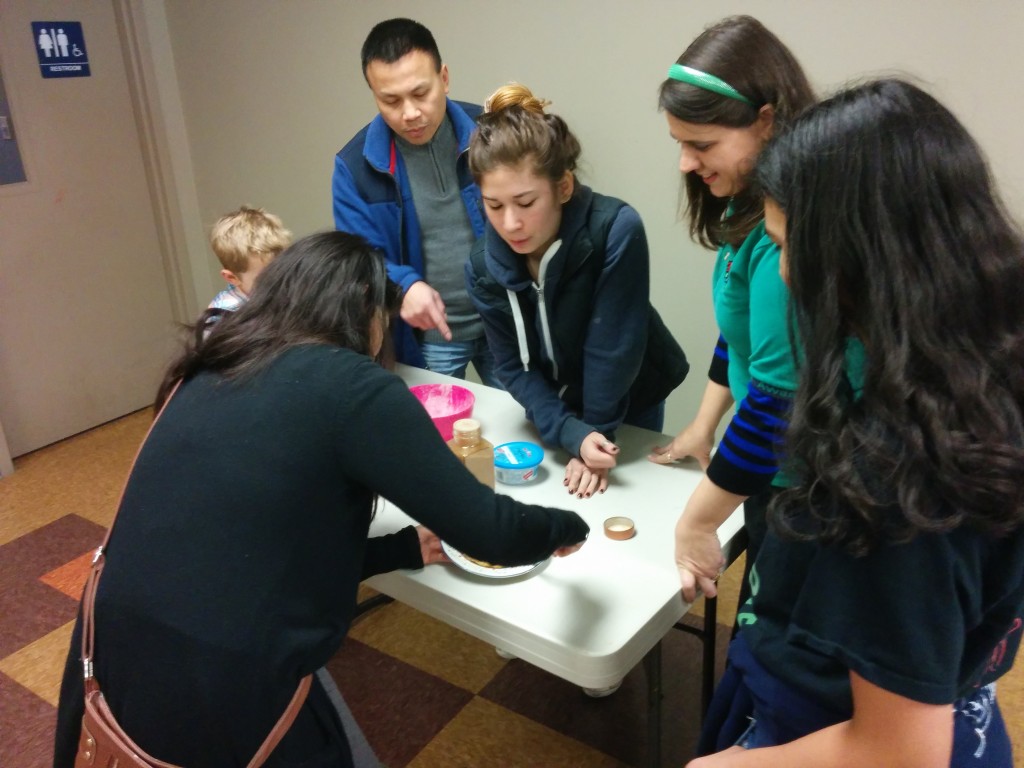 This team took a little while to pull their idea together, in spite of Tung’s culinary prowess.

It was a fun way to think about what it must have been like for the Hebrews to eat manna every day, for forty years. I imagine they tried every possible combination of ingredients to add some variety to God’s generous provision. We talked about how even the most awesome of God’s blessings can become mundane and even (if we aren’t careful) despised. 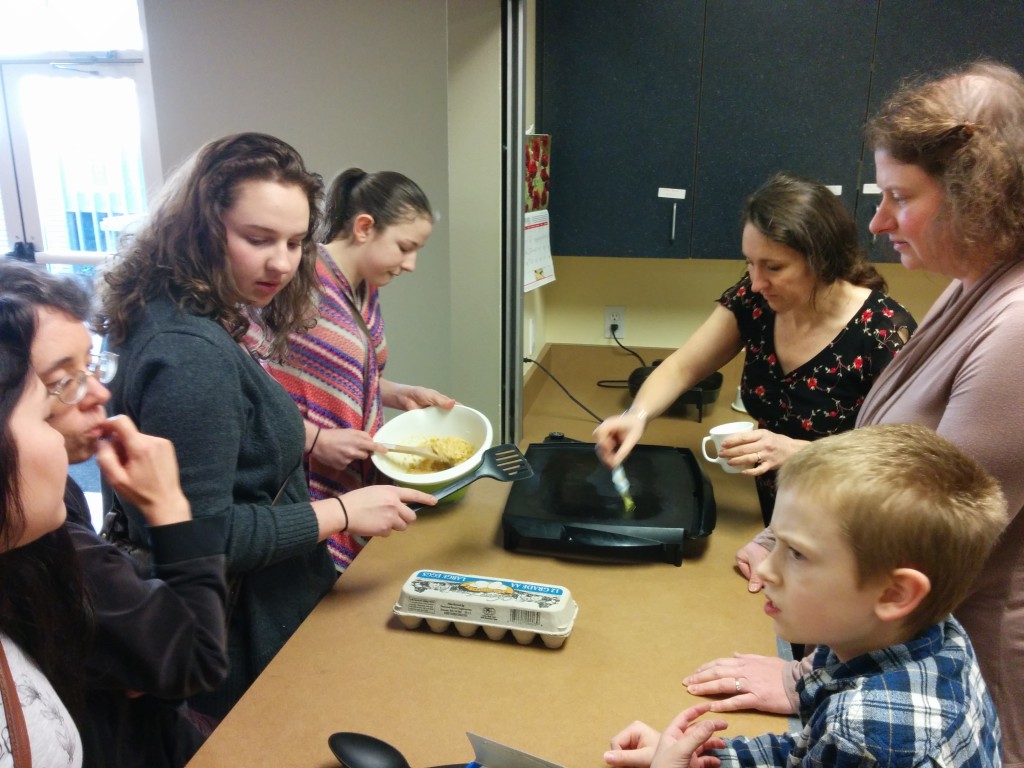 All four teams created a very tasty final product, but the teams with sweeteners (honey and raisins) had a clear advantage.

It was also sobering to reflect on how much we are like the people of Israel in the way that we complain. We are constantly devaluing God’s abundant gifts to us, and showing great lack of faith, when we complain about our jobs, our spouses, our church, our children, or any other detail in which God has provided for us so abundantly.