More than two years ago, flush with success from my first adventure in real estate investing, I bid on a house that was up for auction in Tennessee. At the time, we thought that Joshua and Kelsie and their family might be staying in Tennessee, and we were eager to help them into their first home.

Truth be told, though, at the actual moment we bid, we knew that they were strongly considering a move to Idaho, so that Joshua could be part of the Greyfriars Hall pastoral training program.

But we went ahead and bid on the property anyway. “What could possibly go wrong?” I assured Kathy as I happily confirmed my bid.

Turns out a LOT can go wrong, starting with the fact that we ‘won’ the bid. The previous owner (who was still living in the house) insisted she had been defrauded in the foreclosure process, and promptly sued every bank that had any involvement. Once she found out I was the new owner, she tried to add me to her lawsuit, too, demanding $4.4 million in damages.

After almost a year, we reluctantly hired a lawyer. After sixteen months of patiently waiting for everything to be resolved and continued refusal on her part to communicate or work with us, we decided to proceed with eviction, eventually gaining access to the house around this time last year.

The house was a disaster. The woman who had been squatting there had been involved in heavy alcohol and drug use, and only one room was remotely habitable. Entire sections of the flooring had caved in, and much of the house had been gutted. Termite and water damage was extensive. Lawyer bills continued to pile up, and (by this time) Joshua and Kelsie had already moved to Idaho. 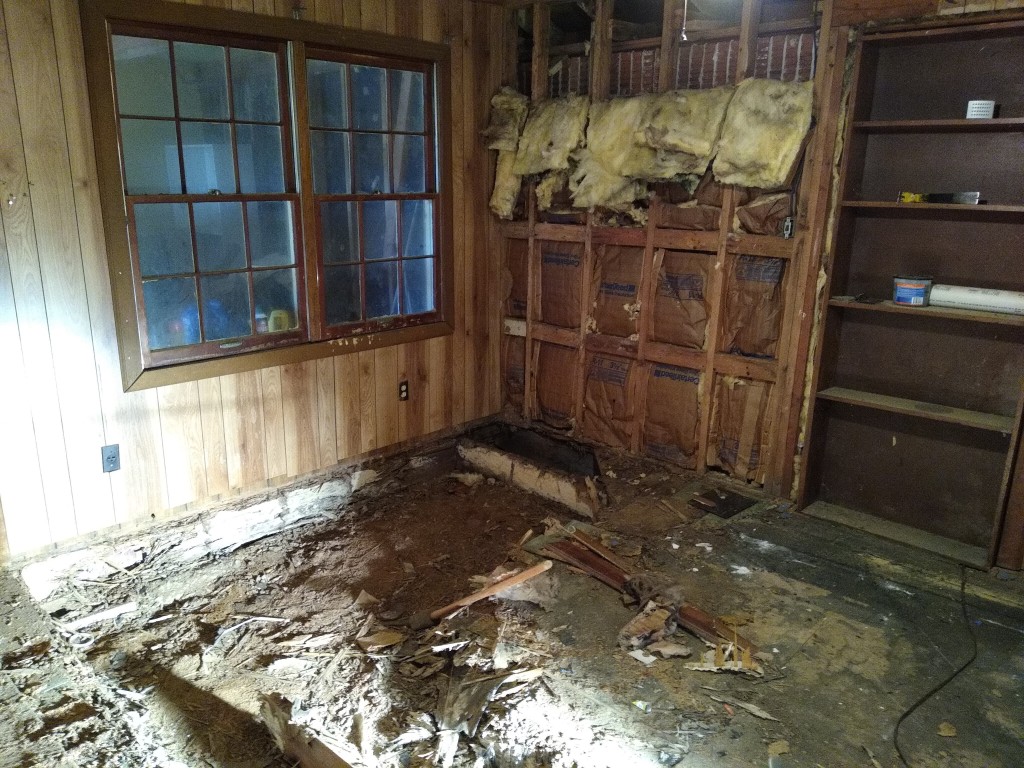 Some people really like their houses to have floors.

I tried dumping the project on my middle son, Daniel, who was living in the area. Strangely, he was less-than-eager to take on a complete from-the-studs remodel of an entire house in his spare time. He did work on the house quite a bit, but it was soon clear that the project was beyond either of our abilities, especially with me living 2000 miles away.

A real estate professional who looked at the house gave me some sobering advice: “If you’re lucky, you might get about half of what you paid for it, because of the value of the land.” 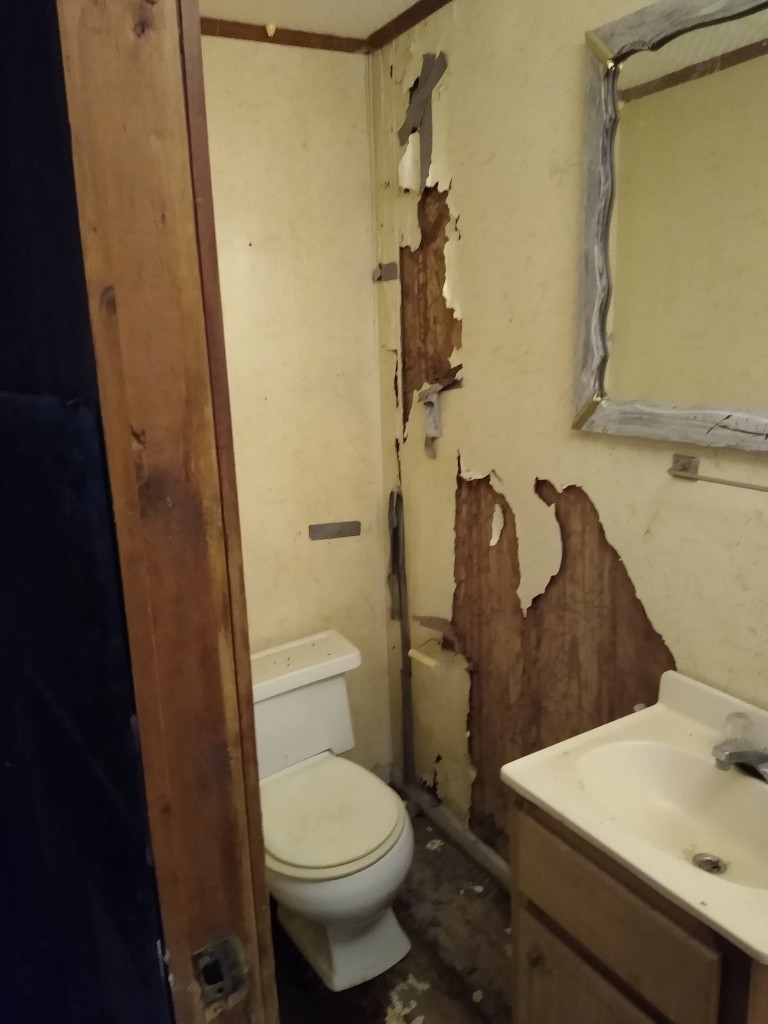 I wasn’t sure which was worse, the water damage or the termite damage.

Fast-forward to January. There was a guy who had been keeping his goats on the land before I bought the house, and we had allowed him to continue that practice. This generosity was well-rewarded when he called to tell me that a man who lived nearby was interested in buying the property. A few quick phone calls and a deal was struck — he agreed to buy the house (and the coveted land) for about $3000 less than my total investment.

Not wanting to defraud the potential buyer (as I felt I had been tricked by the banks) I was very frank and up-front about the condition of the house and the litigious former owner. I made our entire legal record available to his lawyer, and sat back to wait for him to back out. But in the course of time, I got a call from his lawyer who assured me that the buyer valued the land and was eager to close the deal, with his eyes open to the potential risk. I was delighted.

It might seem strange to be so jubilant about losing money, but as a good friend told me, “You’ve gotten much more value than a measly $3K in life experience!” I was so grateful to God to be let off so easy for what had been a rather foolish business mistake. In retrospect, it bordered on crazy to buy a house without seeing the inside condition.

God has been good to us. Last Thursday, the check came and we rushed to deposit it. Now the question remains … what to do with the money? As it turns out, the house next door to Rachel may be coming up for sale. This time, I’ll employ a bit more due diligence, I think.

Too Much Coffee
WFMW - Computer Game Chips
A Kitten for Sarah