Some of the more observant readers may have noticed that the images in some of our recent blogs have had a somewhat transient nature. Kathy noticed it one afternoon, and when I got home, I found that the images were inexplicably missing from the directory on the webserver where we had placed them. But I’m a busy guy, so I just copied the images back to the webserver and turned my attention elsewhere.

This mysterious behavior continued for several days. Each morning the pictures would be there, and in the afternoon they would be gone. It was baffling, but I’m a busy guy, so I just kept copying them back over. Although it was alarming to have my files deleted by some unknown agency, the regularity with which it happened was comforting in that it indicated a systemic rather than human origin (people are just not that patient).

Finally I got some time to investigate the matter, and I discovered that the deletions were happening because of an automated scheduled process I myself had set up (and promptly forgotten). It ran at midnight (local time for wherever my host server is, which seems to be in the middle of the Atlantic) each day, faithfully executing my misguided instructions. 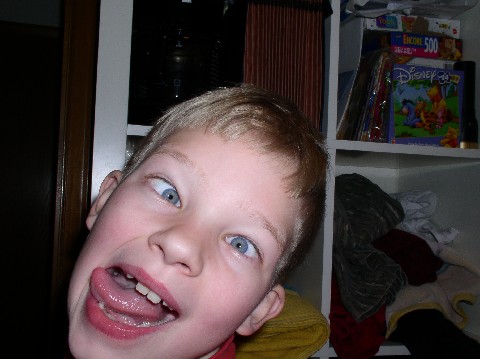 Would you trust this face with your blog?

Kathy got a kick out of it, especially the part where she could say to me, “Gee, Tim, I guess it was user error, eh?” (This is one of the remarks that I make whenever Kathy has computer trouble — rarely a well-received comment, in my experience.)

So hopefully the phantom image deletions are a thing of the past, or at least until the next time I write a cron job to shoot myself in the foot.

Mount Jupiter
The Sanctity of Life
Travels with Faramir