One of the most challenging problems that parents face is teaching and motivating their children to repent from sin. This is not particularly surprising, I suppose, since many parents don’t know what repentance means, don’t see the need for it, and wouldn’t know how to repent if their life depended on it (which, of course, it does).

The word ‘repent’ has several meanings, depending on whom you ask:

“to feel such sorrow for sin or fault as to be disposed to change one’s life for the better; be penitent.” — Dictionary.com (2)

Some definitions of the word speak more to how you feel than what you do:

“to feel sorry, self-reproachful, or contrite for past conduct; regret or be conscience-stricken about a past action, attitude, etc.” — Dictionary.com (1)

Personally, I think that ‘emotional’ repentance is not worth much, unless it is accompanied with a change in direction. Old Testament references to repentance use a combination of Hebrew verbs, which can be translated as: to return, and to feel sorrow. The writers of the Old Testament books will be gratified, no doubt, to know that I think both are necessary. A pragmatic change in behavior motivated by self-interest is not true repentance; nor is contrition sufficient in itself, without action that shows the contrition to be genuine. 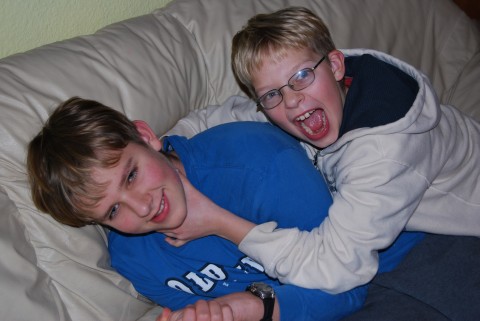 Back to parenting. Let’s start with a toddler (we’ll call him Alfred), who is watching his baby sister as she coos contentedly, strapped in her baby seat. An idea comes to Alfred’s little mind: what will happen if I hit her? A born scientist, Alfred forms a hypothesis: “I’ll bet she will cry.” He immediately tests his theory by striking her on the forehead. The sister wails in a satisfactory manner, and the toddler enjoys the happy knowledge that his experiment in causality has been successful. Alfred’s mind immediately turns to additional variants of the experiment, but his plans are spoiled by the arrival of his mother.

Mom gives Alfred’s hand a sharp swat, and a tear forms at the corner of his eye. His lip quivers, but his jaw is thrust out in defiance. Mom’s disapproval is not a sufficient deterrent at this point in his development. Although the pain in his hand has taught him some respect for Mom’s physical presence, Alfred’s heart intention is unchanged — he’d do it again in a heartbeat. Why should he not be free to extend his scientific knowledge? Who is this Mother, to place limitations on his freedom and enjoyment? Craftily, Alfred waits until Mom is on the phone, and he whacks his sister again, this time on the nose, extracting a loud cry.

Several days later, Mom catches him pinching his sister with a malicious grin on his face, and gives him a hard enough spanking to make it no longer worth his while to torment her. He was beginning to reach the limits of science in that field, anyway, and turns his attention to the reprogramming of household electronics and poking holes in the walls. But what about Alfred’s heart? Skip forward a few years.

Alfred is six, and his friend Eric has come over for a visit. Eric notices Alfred’s cool new action figure, and snatches it up, swooping it around in proper heroic fashion. Alfred, outraged at the liberties taken with his toy hero, tackles Eric and rips the figurine from his hands. Eric appeals to Alfred’s Mom, and Justice is Done — the toy is given back to Eric and Alfred is sharply rebuked. Alfred’s jaw thrusts itself out again … and a little while later, Eric suffers an injury under suspicious circumstances.

Why do people repent? It seems clear from the Bible that God’s standard is very high, and that no one can meet it (Romans 3:23). Clearly, there should be a whole lot of repentance going on, yet it seems a concept very foreign to many. Repentance seems only to come about when the following elements are all present:

Most people (and many children) don’t want to change their ways, even when they are forced to admit that the things they do are wrong. People kick up smoke screens in all six areas, but they often do it in a haphazard and inefficient manner, so I’ve written the following cheat-sheet to help, for those wishing to avoid any form of repentance:

How Not to Repent 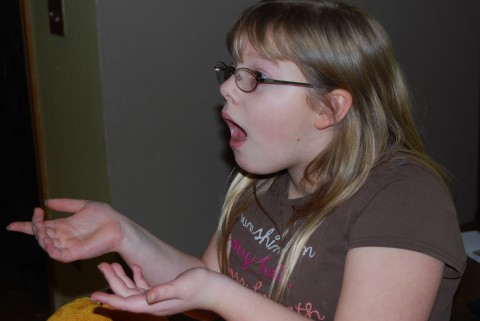 What? I didn’t do anything. 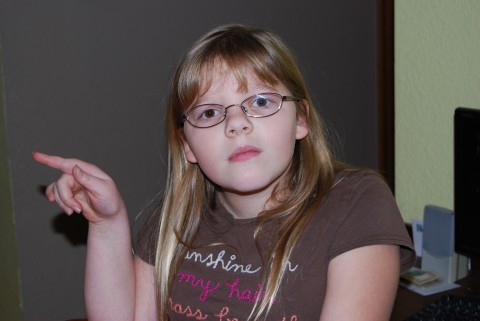 It’s not my fault, don’t look at me. Why don’t you pick on someone else? 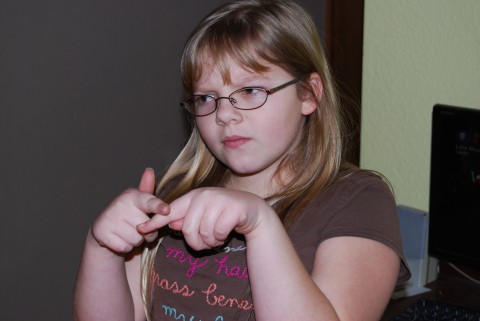 Let’s check back in with Alfred, now that he’s all grown up. Alfred still mostly cares about Alfred, and assiduously pursues life, liberty and happiness for all they are worth, as he has been taught is his constitutional right. Alfred decides to drive home from a party where he’s been drinking, because he doesn’t really think the .08% blood alcohol limit in his State is a legal standard that applies to him.

Sadly for Alfred, he is pulled over by a man with a flashing light and a blue hat. He first tries to pretend that he wasn’t doing anything wrong, and quickly becomes belligerent when the officer insists on a breathalyzer test. Imagine Alfred’s surprise when he finds himself in handcuffs in the back of a patrol car, and spends the evening in a cell. When he appears in court, he is further angered by the severe, lecturing tone the judge takes, but (as he learned from his mother), he conceals his furious reaction under a veneer of contrition (since he wants to avoid being held in contempt and spending more time behind bars). He pays his fine and leaves the courtroom.

Unfortunately, Alfred hasn’t ever learned how to repent, and so he continues living his life without bowing his knee to the standards that God (or even the government, or his employer) have put into place. Ultimately Alfred is fired, jailed and killed. Since he never acknowledged his sin before God, he never admitted his need for a Savior, so his name isn’t found in the book of life. Alfred spends eternity separated from God.

Actually, Kathy tells me I can’t kill poor Alfred off so quickly. “Not everybody who fails to repent is killed in a gang war,” she told me, in a rather patronizing tone of voice. “You’re setting him up as a stereotype, but lots of people never repent and go on to become rich and powerful, oppressing the ‘little people’ around them quite happily.” 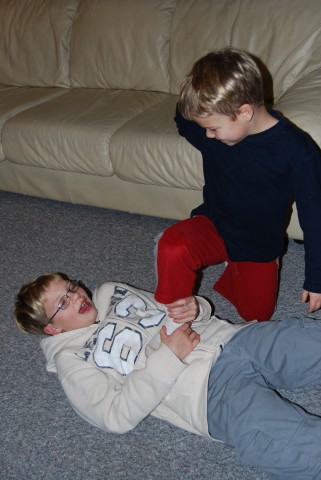 This looks like a gang war in the making.

OK, fine. Alfred is not fired, jailed or killed. But his pattern of blaming others and considering himself above and apart from the law continues, so that little Alfred Junior grows up to be much like his father. Alfred doesn’t really know this, because his wife divorces him while his son is still in elementary school, and Alfred ultimately dies in his 60′s of liver failure, alone and unmourned. He still spends eternity in torment, apart from God.

It’s been a long day, and I’m a bit tired, which makes me gloomy.

We’ve written before about the Five A’s for Resolving Conflict:

I wish I had a ‘magic bullet’ that would reliably get to the heart of a child and bring about repentance every time, but I don’t. From what I can tell, development of a tender and repentant heart in a child is a long and grueling process, although some children are naturally more tender-hearted than others. What I have discovered is that I can teach the mechanics of repentance through the Five A’s, but actual sorrow of the heart comes more slowly. I’ve tried to accelerate that process by asking these kind of questions:

More often than not, my children are angry at me for catching them, or for enforcing the standard, rather than repentant for their actions. They’d rather blame me for being a harsh and unfair ogre than take responsibility for their own sin. I try to get out of the way, between them and God, by speaking to them gently, but firmly, administering any consequences in a dispassionate manner. 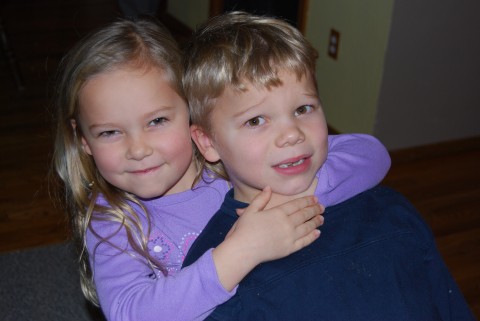 I think she can take him.

As I write this, one of my boys, suffering from idleness, ignored his mother’s suggestion to clean his room. I rebuked him and sent him up to clean it, and his face darkened in anger. As he left the room, I stopped him.

“No one is doing anything unkind to you. You were idle, and so Mom wants you to clean your room. You have no reason to be angry.”

He went off, still unconvinced and angry. When he arrived upstairs, he found a way to bully his little brother, by hiding just outside the door, and scaring him. I took him into my room and closed the door. “Is it such a big deal, to scare somebody?”, he asked, jaw thrust out belligerently.

I tried to help him to understand the sequence of events that led to the bullying; how his idleness often leads to sin, and how Mom and I were trying to protect him from punishment by giving him something to do with his hands. I explained to him how inappropriate it was for him to bully his brother when he was mad at his parents, and how he should have accepted my rebuke in humility. I asked him if he meant to be unkind to his brother when he scared him: “Sort of,” he grunted.

I reminded him of the Five A’s, the first of which is ‘Admit’. His unwillingness to embrace that first ‘A’ stiffened my resolve to send him to bed early. As I turned out his light, I reminded him of 1 John 1:9:

If we confess our sins, he is faithful and just and will forgive us our sins and purify us from all unrighteousness.

I’m convinced that true from-the-heart repentance is possible only when we are willing to confess our sin to God — that when we do that, He keeps his promise and begins cleansing us, ripping sin out of our heart, denying it a chance to develop deep roots. He gives us the power to resist it in the future and the energy to make a new start.

8 thoughts on “How Not to Repent”