On the last hot day of Summer, I decided to take my family to the shore. Although our part of Washington abounds with lakes, and we live just a few miles from the Puget Sound, there’s just something about the Ocean that demands special attention.

Earlier in the week, I rallied the kids: “We’ll go to church on Saturday evening, and then leave just after Sunday School. We’ll be on the beach, playing in the waves, by 1 pm!”

Of course, we didn’t leave right after Sunday School. We came home, made a lunch, lolly-gagged around, and eventually got on the road about an hour after I had planned. Still, we reached the edge of Ocean Shores just before 2 pm.

Blazing, hot sunshine had persisted throughout our journey, with temperatures in the upper 80′s. Passing through Aberdeen, one bank boasted 89 degrees on their electronic marquee.

“What a great day to spend at the beach,” I chortled.

Kathy was the first to notice that something was wrong. As we approached the beach, there was a sudden cessation of sunlight. 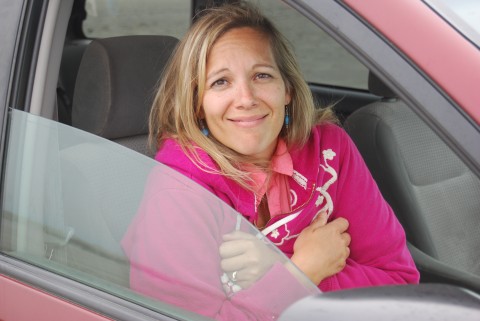 Kathy was underwhelmed with this ‘last hot day of Summer’.

As we drove onto the beach, a thick mist surrounded the car, blotting out the last of the Summer’s heat, transforming the sun into a pale yellow ball with the wattage of a dim streetlight.

“It’ll let up any minute,” I pronounced, sagely. (I’m famous for my weather predictions, and coined that phrase during a very rainy visit to the zoo, many years ago.)

For some reason, no one seemed visibly heartened by my prediction. Numbly, we watched our van’s temperature gauge drop briskly through the 80′s, 70′s and 60′s, settling at a frigid 58. Reluctantly, the kids and I got out of the car, bracing against the chill wind.

Kathy stayed in her seat. “I’m not going out there,” she said firmly. 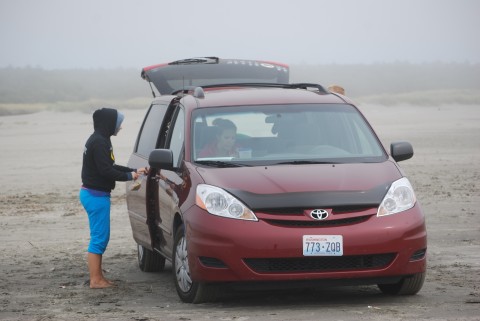 My children seem to lack even a rudimentary sense of self-preservation, and ran to play in the waves. I scanned the water for ice floes, and gingerly dipped my toes in the water, shuddering with cold. 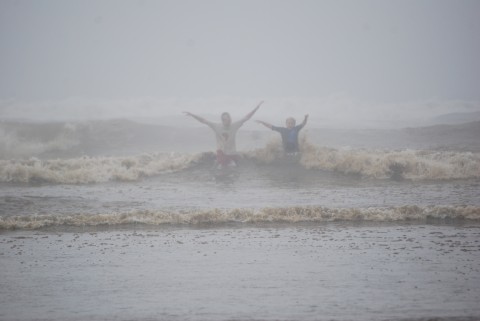 Swimmers in the Mist 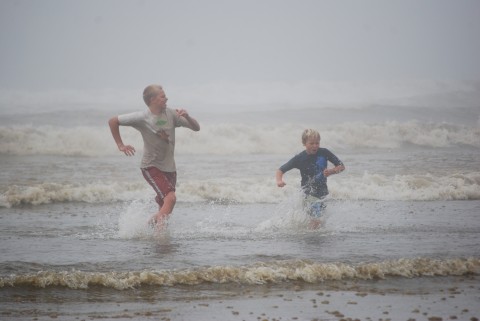 They ran even faster, to get out of the waves. 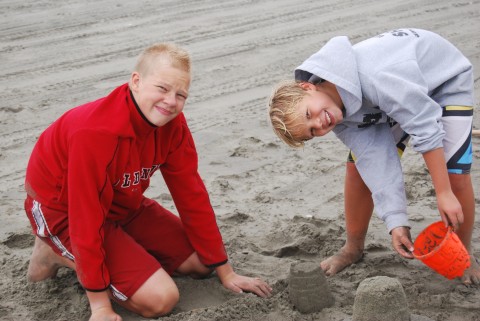 The kids created an elaborate sand-kingdom, originally Narnia, but which was eventually transformed into Mordor. “The skies are more like Mordor,” Joshua insisted. 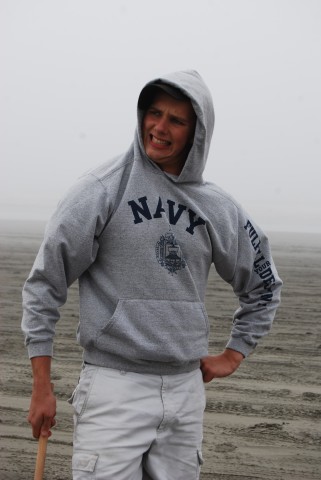 Not the actual Lord of Mordor

After an hour of building sand castles, the girls staged a rebellion, master-minded by Kathy, who still hadn’t stepped out of the car.

“We need a bathroom. And sunshine,” they pleaded.

Eventually, even I had to admit that the fog wasn’t burning off, and we set off in search of sunshine. Just a mile or two inland, the sun shone brightly. We followed the coast north, hoping to find a place where the sun and the shore could live together in amity. I was determined to see a Pacific Sunset, and squandered the rest of the afternoon speeding along route 101, trying to outrace the fog. 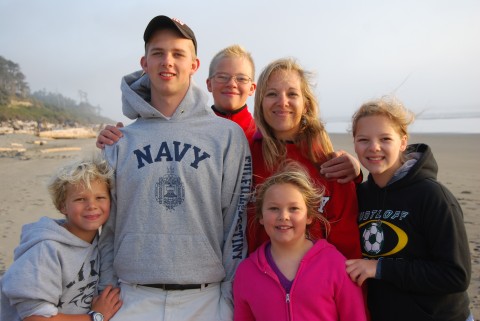 We did find time to pose for the obligatory family portrait. “Everyone smile, or you’ll wish you had,” I threatened.

At the limit of everyone’s patience, I found a place where the road met the shore, and the sun still shone. Even here, the fog hovered just offshore, casting a shadow in the sky, if not directly on our faces. The wind blew fiercely, and the temperature held stubbornly at 63. 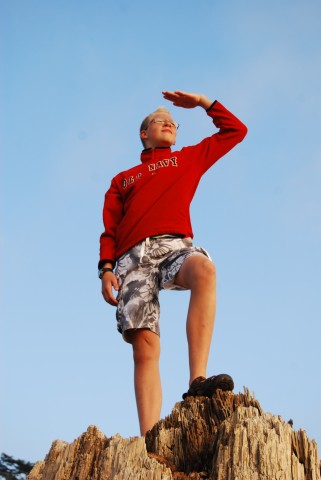 Daniel poses heroically, just because he can.

Daniel and Sarah amused themselves by constructing a fort of driftwood. Joshua ran up and down the beach, while Rachel took pictures of her feet and the footprints she made. David planted a tree with more optimism than horticultural skill. 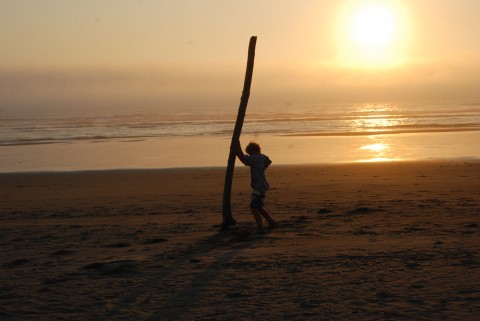 We stayed until the sun was obscured by the ever-present bank of fog, calling that a ‘sunset’, before heading for home. It had been a very different day than I had expected — spent mostly huddling in sweatshirts rather than sweltering in t-shirts. 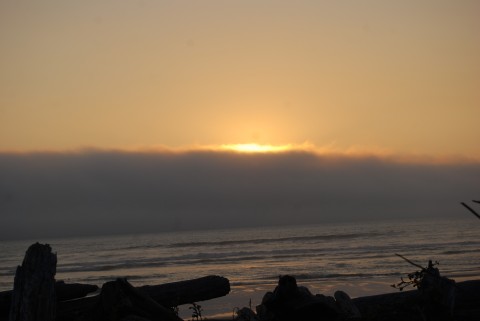 Sometimes, you just have to call it a day.

It made me think about life — how so often, it turns out differently than we expect. Still, we had a pretty good time, because we were together as a family, and were determined to be cheerful. Stopping for milkshakes on the way home was perhaps my most inspired idea of the day.

4 thoughts on “The Last Hot Day of Summer”