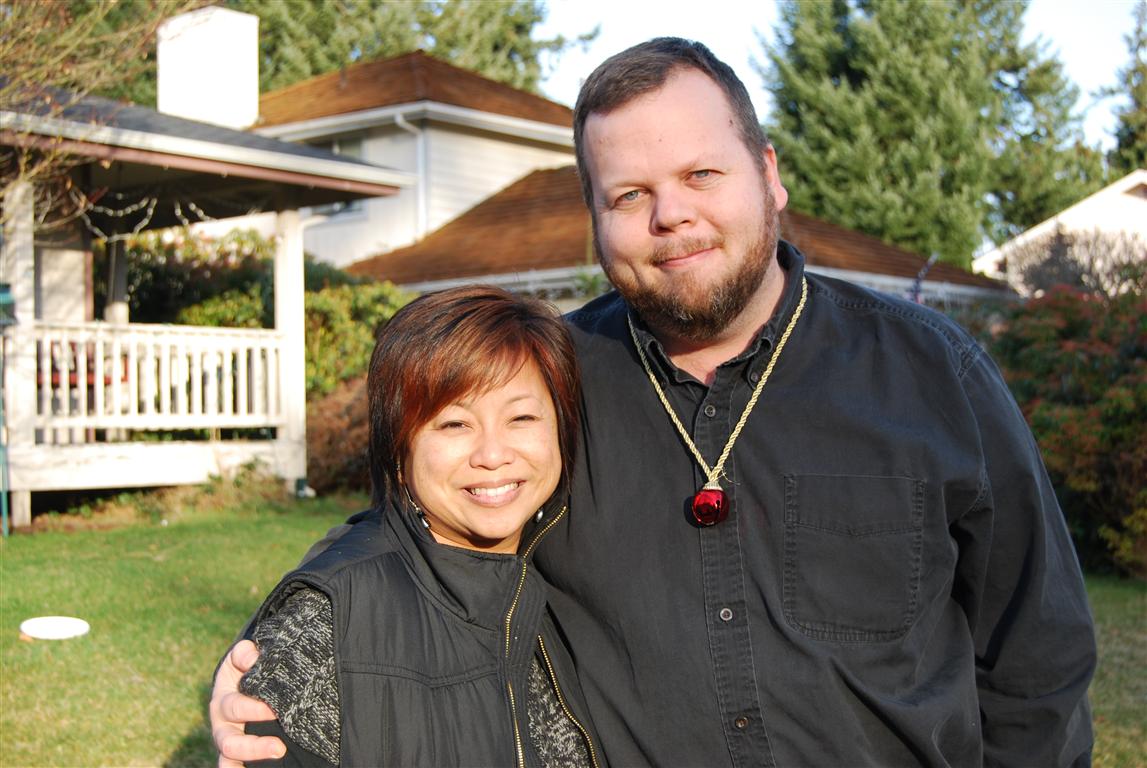 After Christmas, we had the delightful opportunity of celebrating my parents’ 50th anniversary. My brother and sister and their families came out to Washington, and we all spent the week after Christmas getting ready for the big day. Now, six weeks later, I miss having them around. 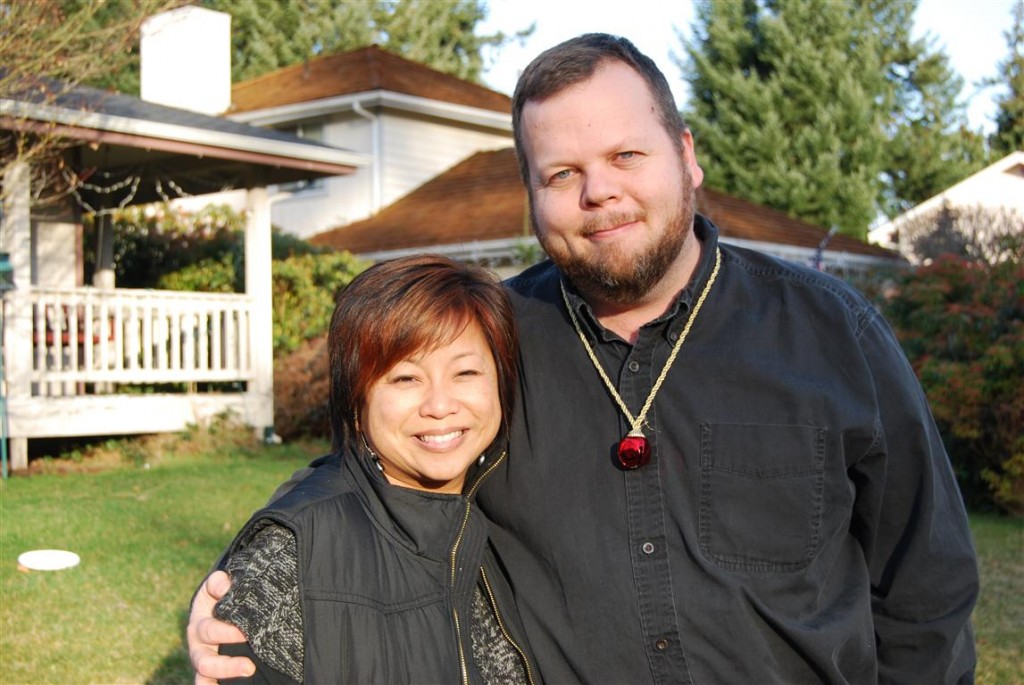 My parents were married twice and never divorced, and so they have two anniversary dates, the 12th of December and the 13th of January (or possibly the other way around). Because of college schedules, etc., we put the 50th anniversary celebration on the 29th of December, which is nearly the midpoint between the two dates.

There was a good crowd; I estimate that between eighty and ninety people were in attendance. But the best part was having my brother and sister and their families around for a good, long visit. 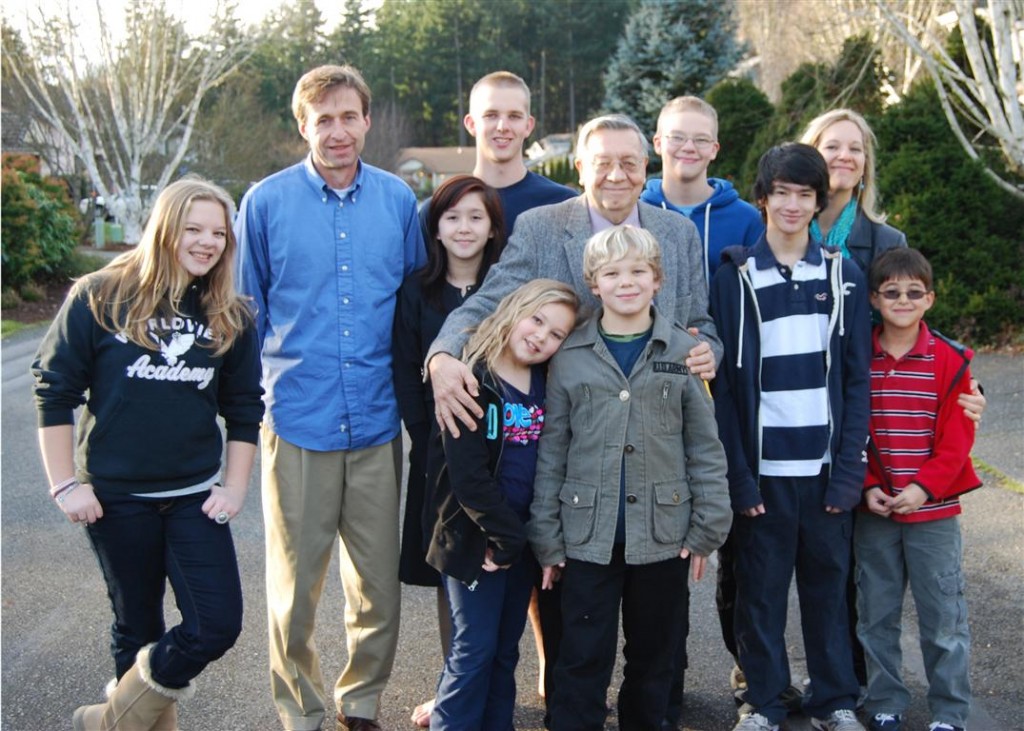 My sister's family and a few extras

Since my sister lives in Georgia, we don’t see her very often. I don’t know her children as well as I would like — it was great to have a chance to be with them and watch them in action.

To host such a big party, there were a lot of details, and lots of work to do. It was very fun to share that work around, between six grown-ups and eleven kids (with Grandma and Grandpa pitching in as necessary). We played games, watched movies, told stories, cooked, ate, and prepared for the party. I can’t think of a better way to spend a Christmas vacation.

In retrospect, we should probably have paced ourselves, using up only one of the 50th anniversaries, instead of recklessly spending them both. I wonder what excuse we can use next year, to get everyone to assemble again?

Honoring an Expert Builder
Martin the Warrior
A Visit with Timothy

4 thoughts on “A Pocket Full of Posie”