Today, Joshua received a call from a Navy Lieutenant (an O-3, equivalent to an Army Captain). “So, we haven’t heard from you about the four-year Navy ROTC scholarship we offered to you. Will you be accepting it, or should we offer it to someone else?”

In recent days, Joshua’s sense of God’s purpose for his college years has solidified into a near-certainty: it seems evident that the full-ride scholarship at Union University is the best path being offered. Joshua really likes the school, admires the faculty, is sold on the honors program, and even found a good church (while visiting last month). Best of all, his cousin Rebecca attends Union — the two of them really seem to enjoy each other.

So Joshua thanked the Lieutenant, and respectfully declined the scholarship the Navy had offered. It is odd, I think, to see a door close that was once hoped-for so passionately. I remember Joshua’s jubilation at receiving the scholarship, and the relief we all felt, knowing that there was at least one way for him to attend college. Now we hope that it will be the source of jubilation for another deserving young man. 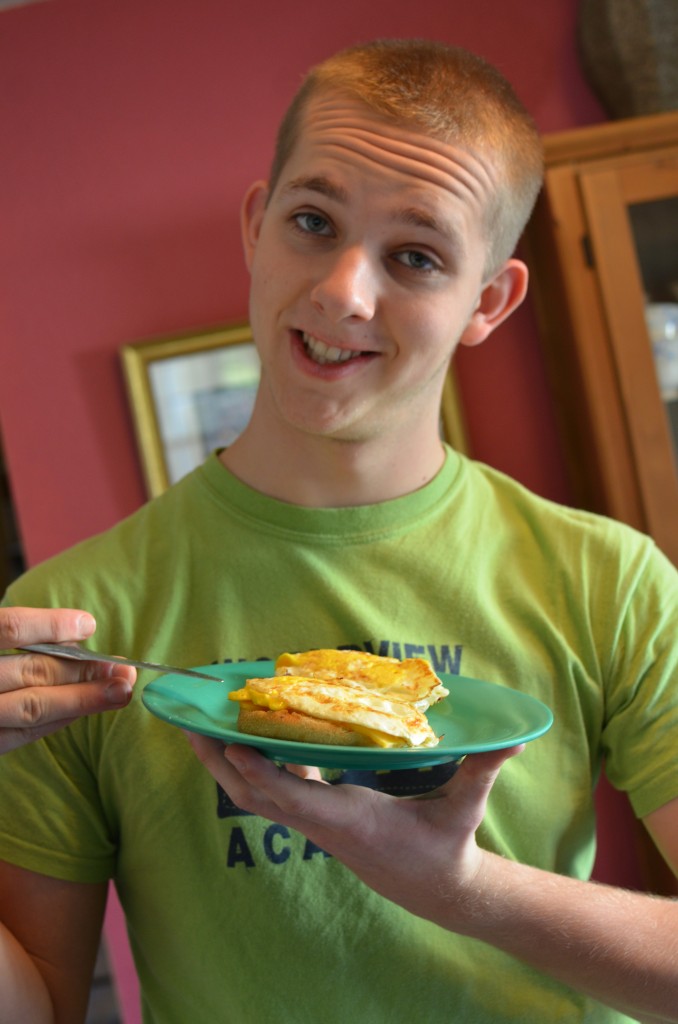 Our hopes for a culinary scholarship were dashed early-on, although Joshua can cook one dish: scrambled eggs.

There is a powerful sense of belonging that military service provides, and for many years, we have all assumed that Joshua would pursue military service in exchange for college funding. His enjoyment of his Junior ROTC unit during High School, his personality, and his physical bearing have all contributed to that assumption. Yet now that Union has offered an academic, full-ride scholarship, ROTC is no longer necessary to underwrite Joshua’s college education.

It will be interesting to see what he does. Union has a cross-town relationship with another nearby ROTC detachment, and it might be rewarding for Joshua to join the unit. I worry that he might bite off more than he can chew, with the Honors program, maybe some difficult Physics classes, and the minimum 3.25 GPA requirement that comes with his scholarship.

We had a nice discussion about it today — I often feel very honored when Joshua talks with me about the big decisions in his life. As we agreed last night, it isn’t all about Joshua, but rather about God. How will God be most glorified?

The father of a righteous man has great joy; he who has a wise son delights in him. — Proverbs 23:24

8 thoughts on “Eggs and the Navy”