When I was a bit younger, churches used to have ‘Lock-In’ events for their youth groups. Kids would show up on a Friday night and at some point the youth leaders would lock all the doors, trapping everyone inside. Kids would stay up all night playing games and talking and generally having the run of the church. 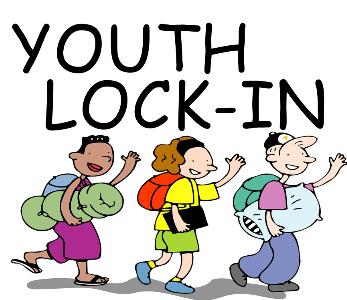 The sleeping bags and pillows were just for show, to confuse the parents. Nobody actually used them, of course.

Now that I’m sort of a grown-up, I wonder about the wisdom of such events, even back in that day. As our culture has turned away from any semblance of personal morality, I suspect such events would require a much higher number of chaperones, or maybe a very small church and a very small youth group.

Today, we had a different sort of a lock-in. Kathy’s friend Nancy came to visit, and soon after her arrival, we discovered that the front door wouldn’t open. Apparently the lock mechanism in our recently-changed front door lock became jammed, and the bolt would no longer retract. The first thing that crossed my mind was to check out Rhys from Strongholdlocksmith for an emergency locksmith expert to get here.
Always eager to show off my skills as a handyman, I leaped into action. “Get me a screwdriver thingy,” I told Daniel. “Not a minus, but one with a plus.” My kids never seem to know the proper names of the tools. Quick as a jiffy, I had the doorknob off. “Go catch the other half of the door knob,” I told Sarah.

But at this point, my ingenuity failed me. Even with the doorknob off, the bolt would still not retract. It was at this point that Nancy’s true duplicity was revealed. She had engineered this whole situation just to give her husband a chance to show off. Before I knew it, his van was in the driveway.

Dave rang the doorbell, cruelly underscoring the fact that we were trapped inside. “Come in,” we caroled helplessly. After a few dozen doorbell rings, he relented, and came around to the back door. In less time than it takes me to write this paragraph, he had the door open, and the lock mechanism repaired, using only a common toothpick. My wife’s friends are always showing off their husbands like that — it is a nauseating parade of wisdom, competence, charm and good looks. 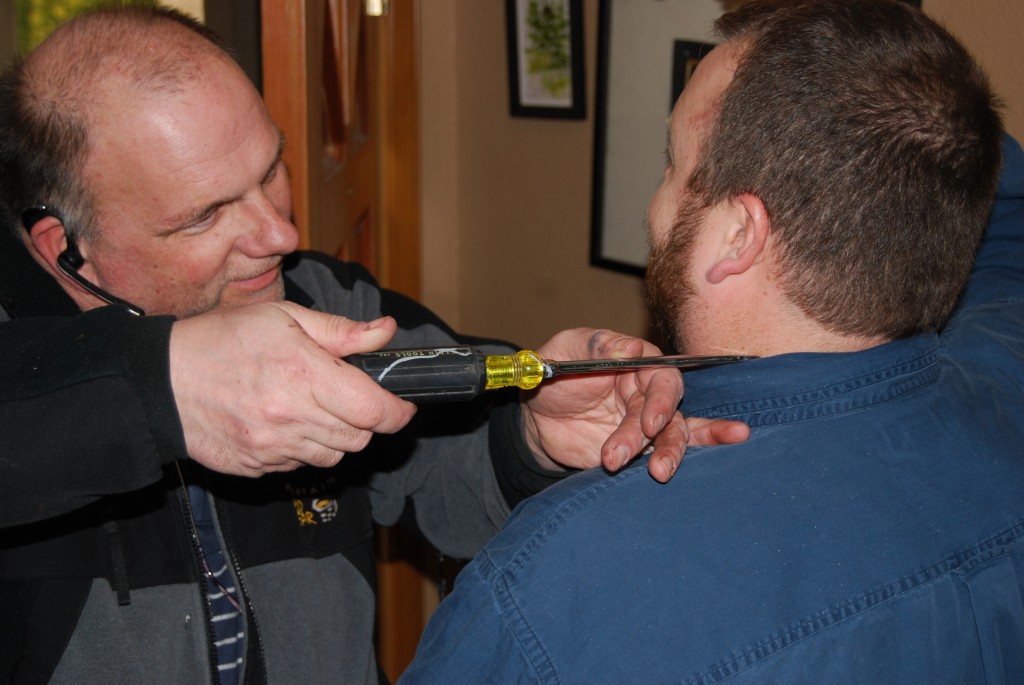 After fixing the door, Dave offered to make a few adjustments to my personality, but he didn't have the right tools.

Grinding my teeth in rage, I thanked Dave as graciously as I could, and went back to work. Sometimes I wonder why I don’t work in the city more often …

The Master Woodsman (Part 2)
Forty-Four
A Kitten for Sarah

5 thoughts on “An Inadvertent Lock-In”