I must admit, our family really likes to celebrate. I knew when I married Kathy that it was part of the deal — she absolutely loves to start traditions that build our joy as a family. And of course, if you do something twice, it becomes a tradition …

This weekend was no exception. With Valentines’ Day on Friday and David’s 13th birthday on Sunday, it seemed a good time to have a party. Kathy reserved a room at our church and invited a bunch of David’s friends (and their families, who happen to also be our friends), and started making pizzas. 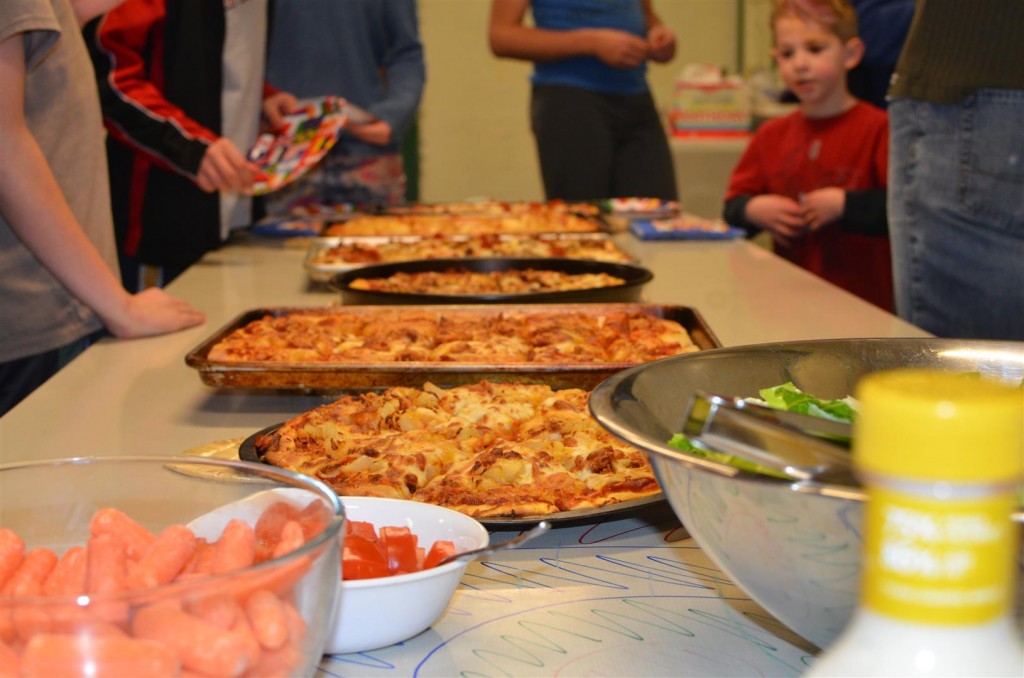 Kathy’s pizzas are awesome. She called me on the way home from homeschool co-op, to ask my advice.

“Shall we just buy five-dollar pizzas from Little Caesar’s?” she asked.

“Um, your pizza is way better,” I suggested. “Maybe I could help you, and we could make a bunch?” My renown as a sous chef in the kitchen is legendary. 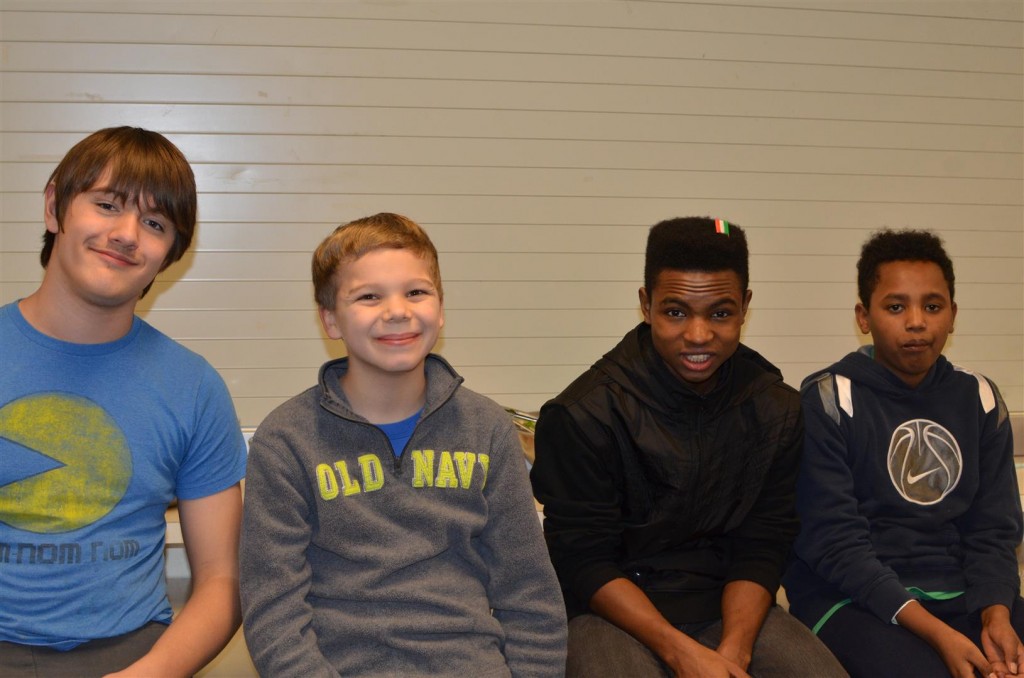 Round up the usual suspects … and have a Birthday Party!

Kathy’s Nana has a great all-purpose bread recipe called Mesa Manna, which Kathy uses for the pizza crust. Her Mom built on that by adding a mix of italian sausage to her hamburger pizzas, which is a real crowd-pleaser. Adding to that pizza-making heritage, we use barbecue sauce and make Hawaiian pizzas (ham and pineapple) which are usually the first to be eaten.

For the party itself, we came up with the idea of Olympic games, since the Winter Olympics are going on in Sochi now. Three of the games made the cut: Speed skating, curling, and bobsledding. 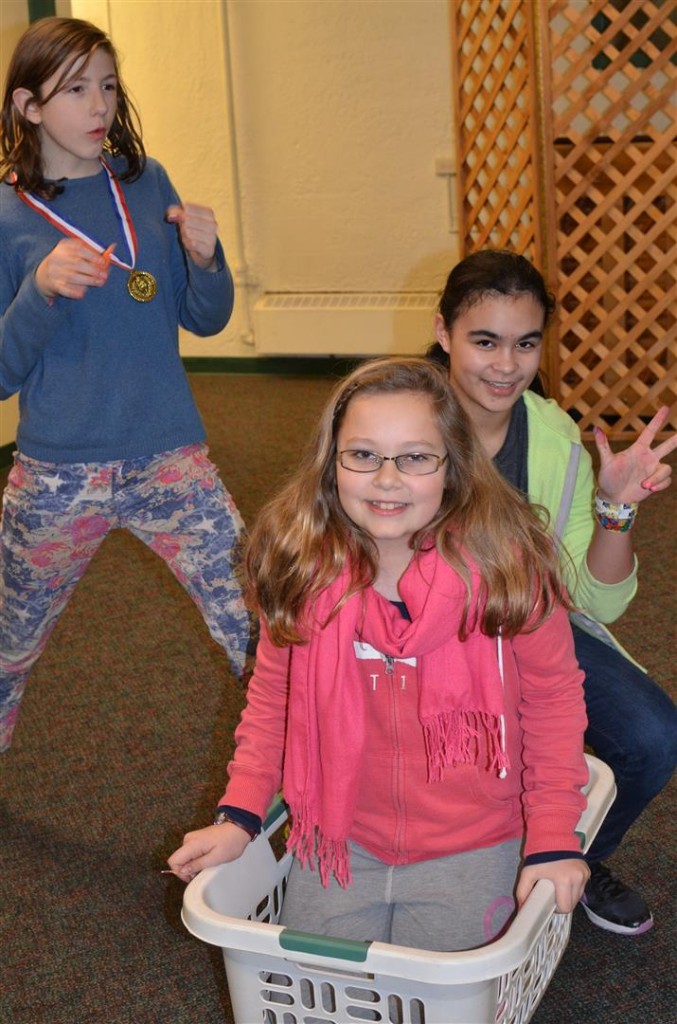 It was a little tricky to simulate these events in our church fellowship hall, but we managed. We awarded gold, silver and bronze medals for the winners of each event, with prizes for everyone who participated. 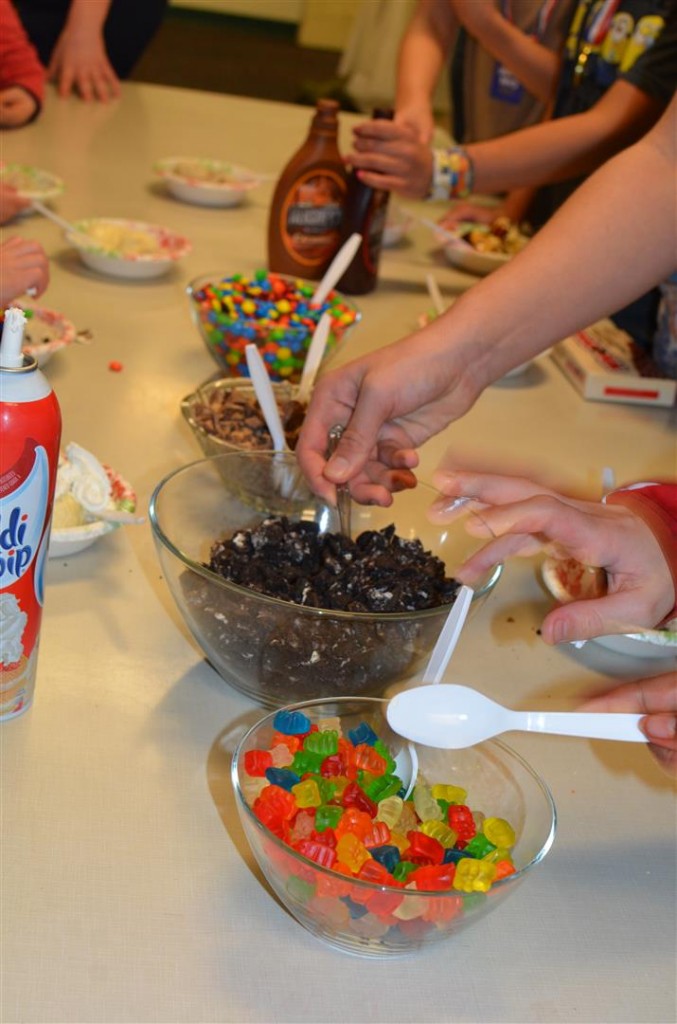 Personally, I prefer Oreos, Reeses’ cups, and M&M’s, but there are some who enjoy the gummi bears.

Ice cream sundaes rounded out any calories that were lacking from the pizza lunch, with toppings galore for every possible appetite. David opened his presents and was generally celebrated in high style by our many gracious friends. 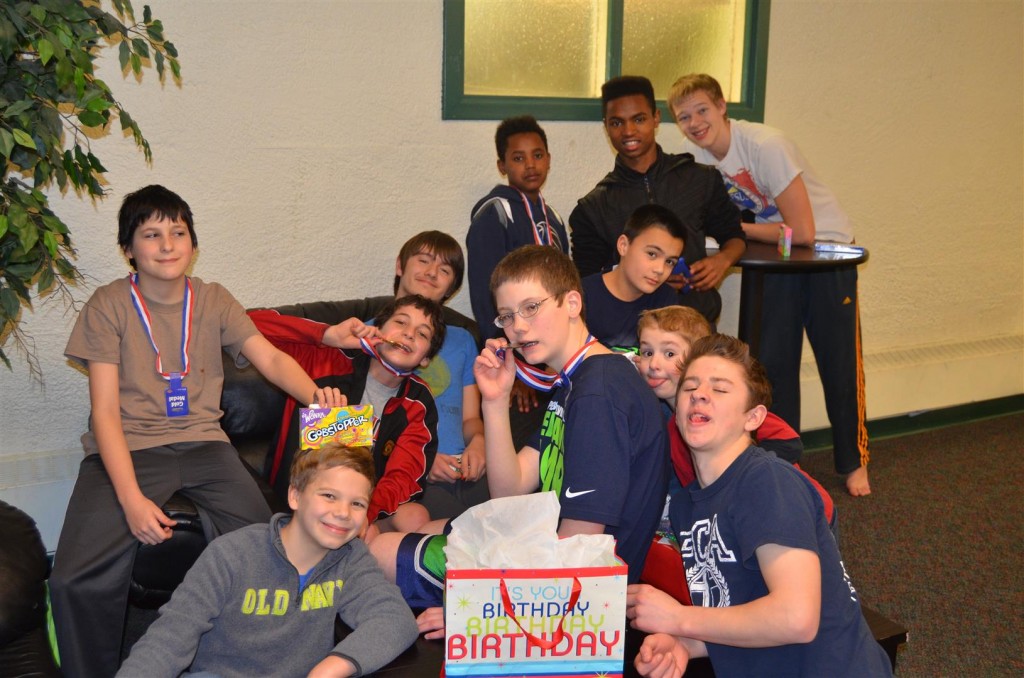 David and his birthday posse.

When Daniel turned thirteen, Rachel and Joshua told him that thirteen was actually just a practice year before becoming an actual teenager. He is a trusting soul, and spent the year correcting friends who thought otherwise. Lately, I’ve been hearing them tell David the same thing. With the word ‘teenager’ having such a negative connotation in our society, I’m hesitant to call him by that label, lest I ruin all their earnest effort.

Teenager or not, I’m so very thankful for David William, born just after midnight, in the middle of a snowstorm, thirteen years ago. Thank you, Lord, for adding him to our family!