We have a tradition in our home. Well, we have lots of traditions, truth be told.

Sometimes books are made into movies. Usually, no one really cares, except maybe the author. But every now and then, Hollywood decides to make a good book into a movie, and they incur the wrath of many who loved that book. 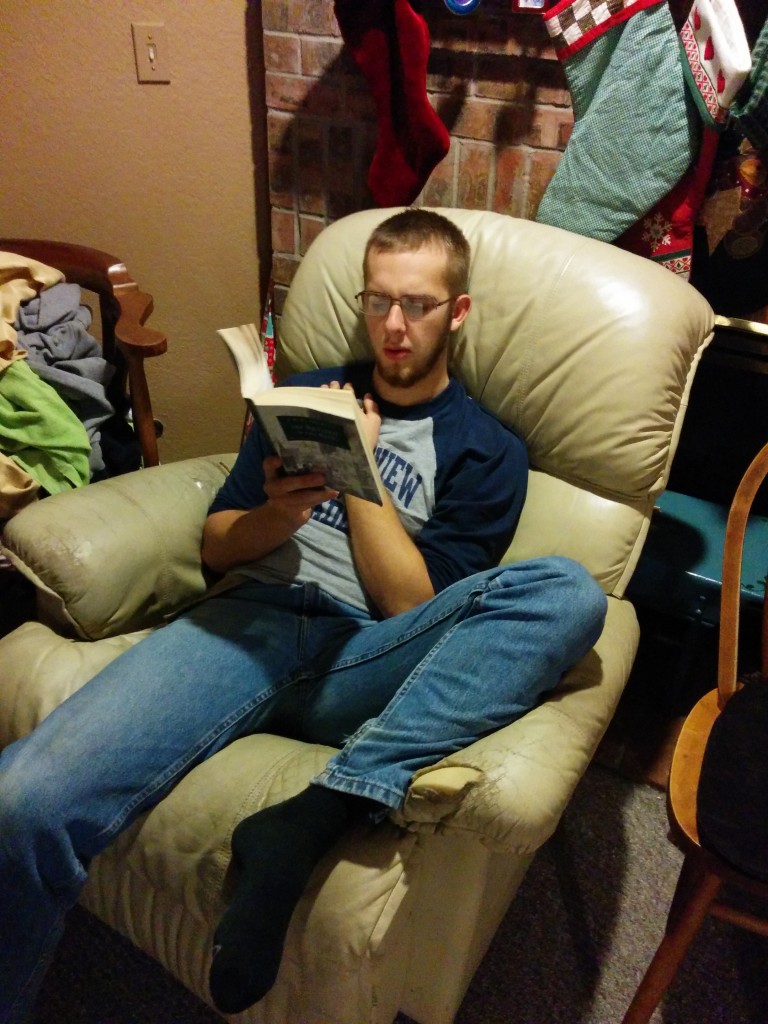 We had to evict a cat so Joshua could have the comfy reading chair.

My oldest son has come to really love the works of J.R.R. Tolkien, and he insists that no one should be allowed to watch any of Peter Jackson’s movies until they have actually read the book(s) covered by the movie. Of course, recently, that hasn’t been very difficult, since it took Jackson 3 movies to cover a single novel that was originally written for children. Maybe if he wasn’t so busy adding extra characters, he could have done it in two movies, but (based on box office returns) perhaps he is happy with his decision to go for three.

This year it is David’s turn. At 13, he is really wanting to watch the final Lord of the Rings movie, based on The Return of the King, which he has not yet read. So Joshua decided to read it aloud to him, sprinkling chapters throughout our recently-ended Christmas break. As we begin the new year, we are down to our last four chapters in Tolkien’s conclusion to the saga. 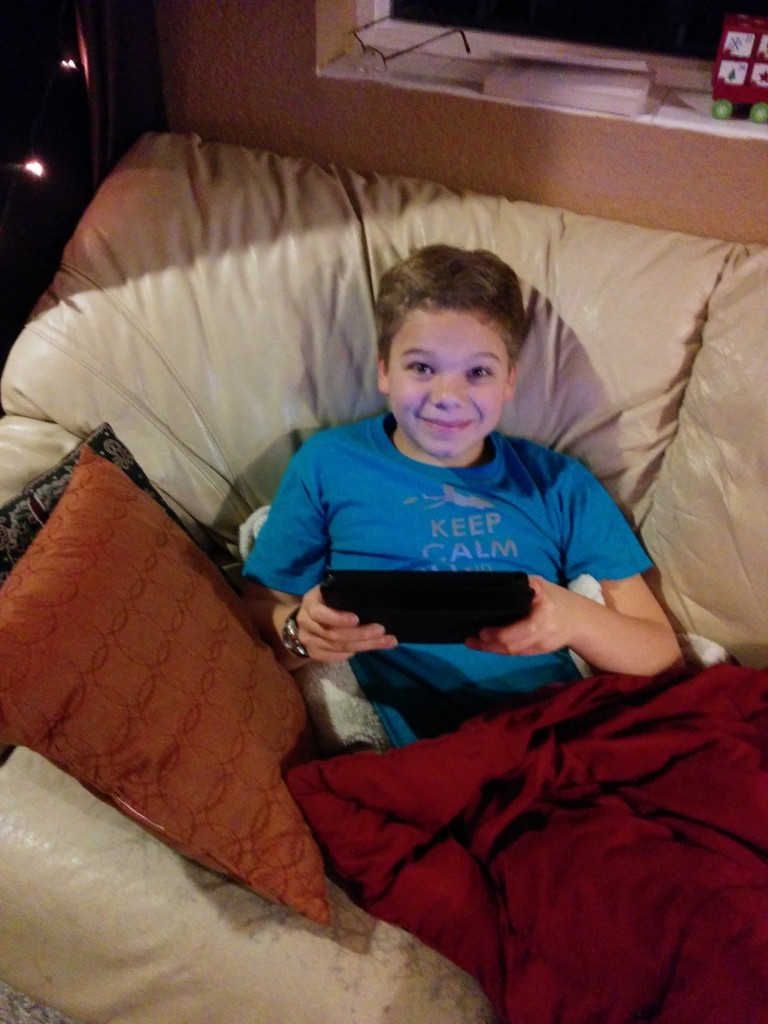 David plays games on his Kindle Fire while listening. I think there should be a quiz, to make sure he is listening.

Soon we will be able to watch the final Lord of the Rings movie with wild abandon, except that Sarah will have to be sent away. (Not that she minds — she doesn’t like Orcs or Nazgul very much.)

7 thoughts on “Return of the Josh”