One of my primary functions in life is to serve as an object of fun for others. It is a high calling, and only a few of us are able to pull it off with the requisite panache and savoir faire.

As Jane Austen said, “For what do we live, but to make sport for our neighbours, and laugh at them in our turn?”

This weekend I was the comic object lesson for our study of Exodus 18 (the chapter in which Moses serves as judge for the entire community of Israel, and in which he is taught to delegate by his father-in-law). 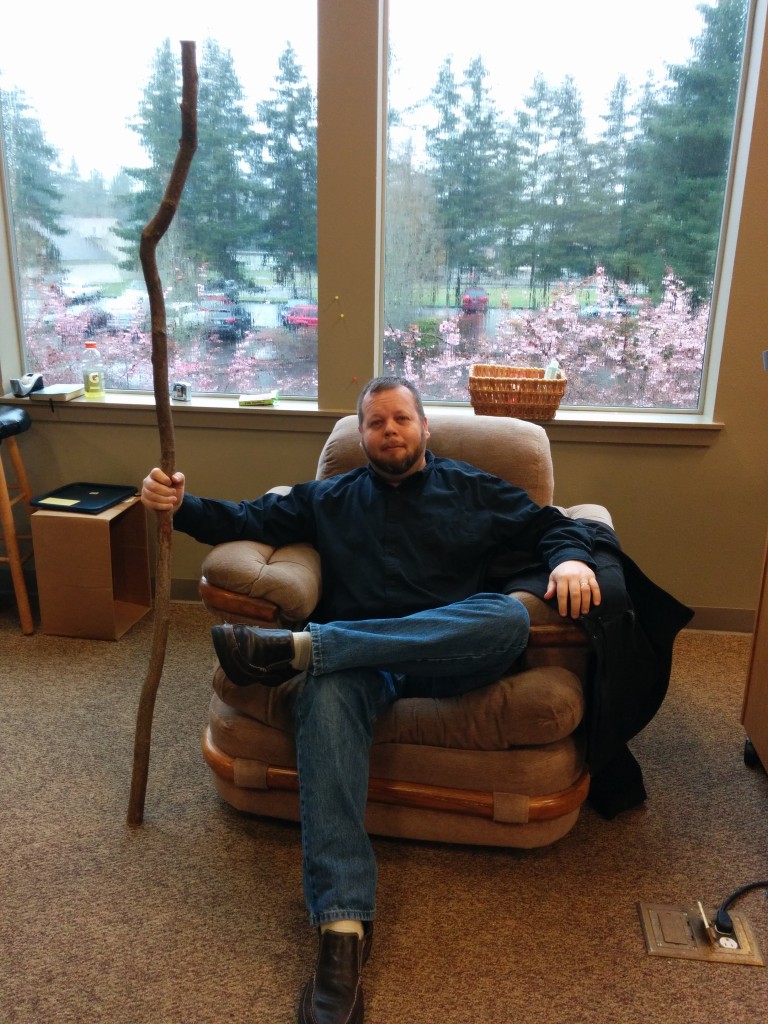 Fearing, perhaps, that class members would not be able to come up with their own complaints, my nemesis co-teacher distributed pre-written grievances to some 20 of our class members, and lined them all up in front of me to be judged. He may also have taken this as an opportunity to highlight a few of my past foibles and character defects, as you could possibly surmise from the nature of the complaints:

I began to notice a consistent theme, and (personally) I think it detracted somewhat from the object lesson. Surely not ALL the complaints Moses judged were aimed at him specifically? I also learned why Moses was in danger from being worn out by judging the entire nation of Israel — if his situation was anything like mine, he probably went home each evening with an aching stomach from laughing all day at the petitioners. 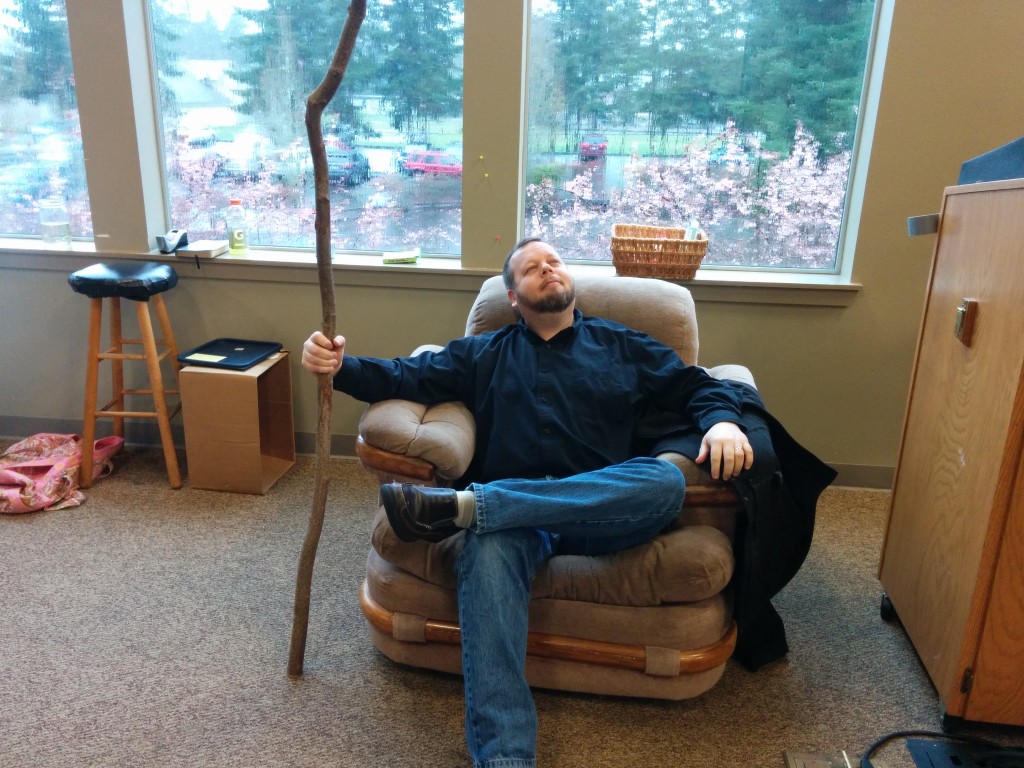 Trying for a more contemplative and judicial expression, I thought I was doing pretty well to keep a straight face.

Of course, each of the complaints had a minuscule grain of truth, twisted into the snake-like ball of lies, which made them all the more diabolical and hurtful. Hopefully those who know my past and who have attended our Sunday School class will not be deceived, as the scripture says:

For false ‘christs’ and false prophets will arise and perform great signs and wonders, so as to lead astray, if possible, even the elect. Matthew 24:24

In my role as Moses, I simplified matters by insisting that all plaintiffs be treated the same, regardless of their complaint, proclaiming that each should receive a severe beating (the staff came in handy, after all). I figured if I was going to play Moses’ part, I might as well enjoy the perquisites. Now if I can only get the ground to open up and swallow my nemesis co-teacher …

Hmmmm. That gives me an idea for an ‘object lesson’ for next week. Maybe we’ll make a side trip to Numbers 16, instead of teaching on the next chapter of Exodus. I wonder if the church would mind if I constructed a trap door in our meeting room? I’ll ask my co-teacher to play the part of Korah …

As Tim mentioned earlier this week, we’re all working on getting healthy and counting calories. I’ve been so encouraged to use blood boost formula to improve performance of my weight loss progress – foods consumed, exercise accomplished, as many would know I suffer from Diabetes.

Well, tonight’s dinner was just a little too tasty. It wasn’t the buttered shrimp or even the marinated salmon that put me over the limit. I think it was the brown rice. I usually don’t eat a heavy starch in the evenings, but I was hungry and the big pot of short grain, delicious smelling brown rice just cried out to be eaten.

I only had a half a cup.

And then topped it off with another half. Heh heh. By the time I recorded my food I realized that I was going to need to take a good LONG walk to burn off some calories.

Thankfully it’s spring and the clouds cleared up late this afternoon. Plus we live on a nice, peaceful street. And I have several family members who are wiling to walk with me.

First Tim and I walked a mile and a half together. Then I walked a mile by myself (while making a phone call – multitasking mom here). Next Sarah came out and joined me (barefoot no less). All in all, I walked over an hour and logged in enough calories to keep me on track for the day.

Whew! Thanks for walking with me, Tim and Sarah. After the walk I prepared myself a nice tall fruit smoothie using the hurom high speed blender picked up online.

3 thoughts on “Make Sport for Our Neighbors”