Every once in a long while, a person reaches a milestone of importance. People graduate from various schools, achieve promotions, invest in important relationships, and generally press ‘further up and further in’ (as C.S. Lewis would say) as they make their way through life. 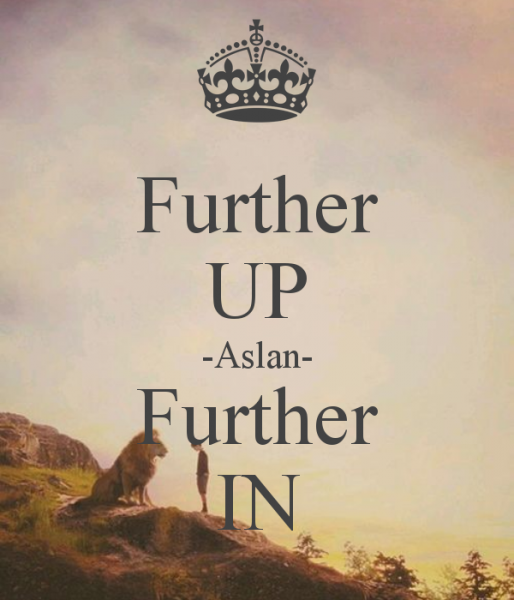 For all my seeming potential, my life has been somewhat lacking in distinction. I graduated from college after nine years and only by the skin of my teeth, and I’ve achieved only modest promotions in my career. I did manage to acquire a beautiful and talented (trophy?) wife and five awesome children, but it is hard to say how much of that redounds to my personal credit. If there has been any consistent pattern to my life, it is that I’ve generally benefited from the achievements of others and stood on their shoulders. 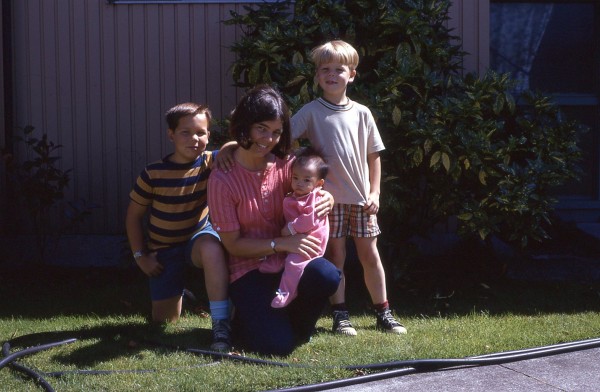 You’ve got to admit, I did have lots of potential, if nothing else. (That’s me, stalwart, on the right.)

But the relentless march of time ensures that certain milestones come to every person, if they can manage to simply survive, and so yesterday I celebrated my 50th birthday. There are many who were surprised by this, since I was voted “Most likely to be killed by a low-flying blimp” in several student publications. 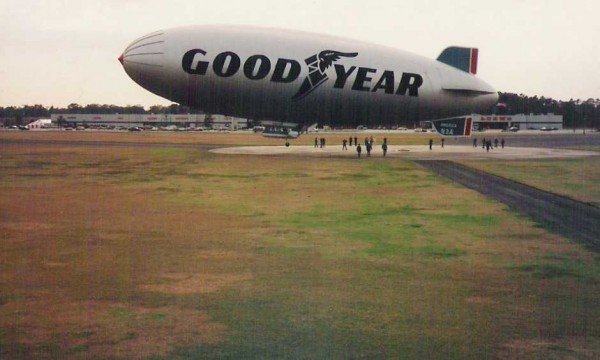 My ancient foe, seeking another victim.

Since Kathy is away in Michigan, caring for her Mom in her convalescence, I was left to my own devices to celebrate the big day (or so I thought). Little did I know that Kathy’s arm is as long as her minions are resourceful.

The day started in a promising way — Tina R. offered to drive the JNROTC boys both ways, as a birthday present. Since David and Will’s Drill Team meets at 0-dark-30, this was a significant sacrifice, and it allowed me to sleep in for an extra 3 hours of burrowed bliss. Eventually, I showered and rushed off to church to pick up a meal that Nicole O. made for David and me, since it is a known fact that neither of us can do much more than boil water. En route, I received a cheerful call from my oldest daughter, who wanted to be the first to officially wish me ‘Happy Birthday’. It was so good to hear from her, and to be encouraged by the way God is blessing her ministry among the freshmen, there at college.

Arriving home, I discovered that Kathy’s minions had made a breakfast delivery in my absence. Breakfast biscuits, hash browns, Diet Coke and orange juice … and (most importantly) a goodly stock of Nutella! 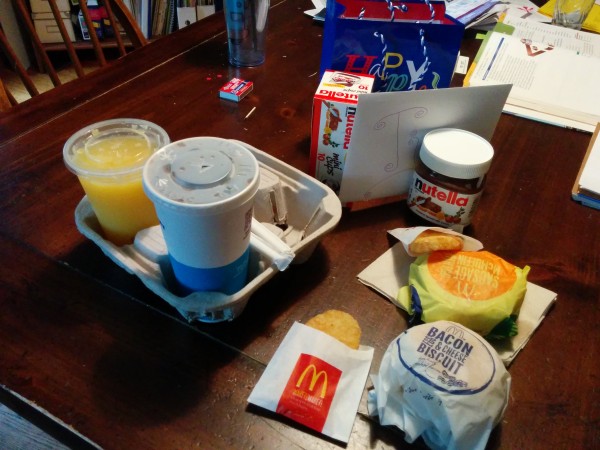 Breakfast of Champions, albeit not especially long-lived champions.

As David and I happily munched our breakfast sandwiches, I confided: “This is going to be a good day, I can tell.” (Some people probably think that my intuitive prescience is legendary.)

I decided to open the huge birthday present that had arrived the day before. It turned out to be a really nice pressure-washer, just what I had wanted (but had not really expected or hoped to receive)! 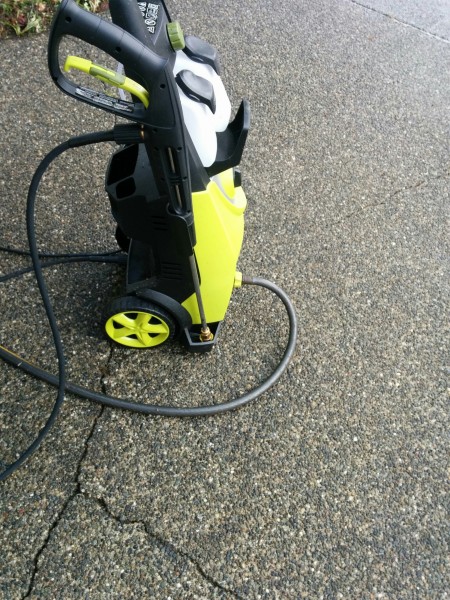 My actual pressure washer, rated at a respectable 2030 PSI.

Soon I got word that my namesake nephew and his bride and toddler would be joining me for dinner — a dinner that I was now able to host, thanks to Nicole’s generosity! Next, I heard from Peter, who wanted to take me out for a birthday lunch. I managed to persuade him and John to come to my house for lunch instead, since I hoped to draft them into assembling my pressure-washer. 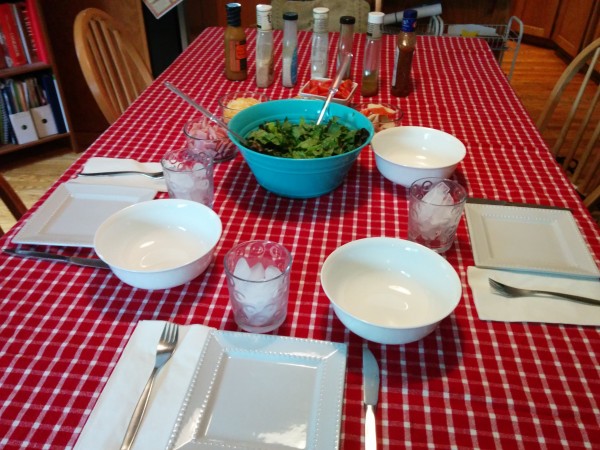 I even put out a tablecloth to lend a certain dignity to this auspicious day.

Whipping up a salad, sharing the Shepherd’s Pie that my Mom made for me, and breaking out the Black Forest birthday cake she thoughtfully created, we sat down to enjoy a hearty and delightful lunch. Determined to treat me to some kind of lunch, Peter kindly brought me take-out Panang Curry from a nearby Thai restaurant, which I lovingly stored in the fridge for a rainy day. Rainy Fall days come pretty often in Western Washington. 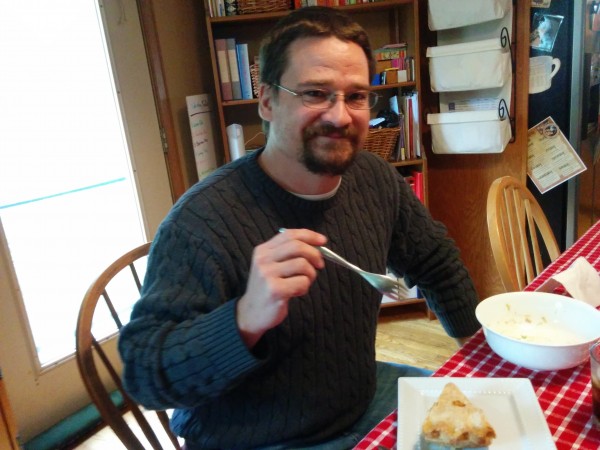 John needed to build up his strength for the upcoming engineering work in assembling my power-washer.

Once Peter and John had successfully assembled my pressure-washer under my critical eye, I leapt into action on the driveway. Although ten years of moss and embedded grime cannot be easily erased, I feel that I made some significant difference with my first pass. I’m excited to try it on the back patio, which is covered in moss. 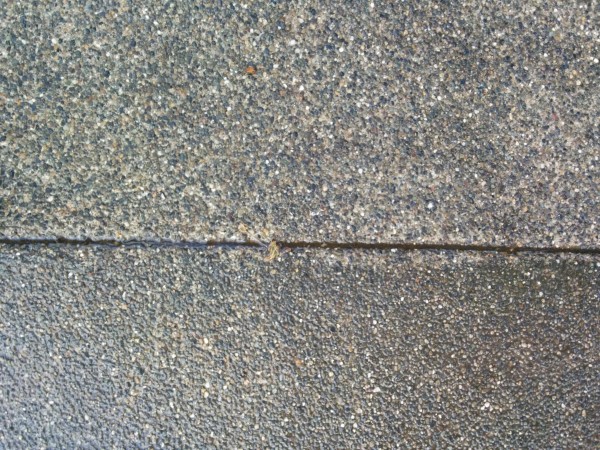 One of these sides is different from the other; I hope you can tell which.

Exhausted from my labors, I sat down and spent more than an hour reviewing Facebook birthday wishes including a particularly amusing and touching video presentation by Daniel, and a sweet email from Sarah, my youngest daughter. Then I briefly played my computer game until it was time to drive David around town. (David seems to require a lot of transport, these days; I think it is a plot to incentivize us to allow him to drive as early as possible.) 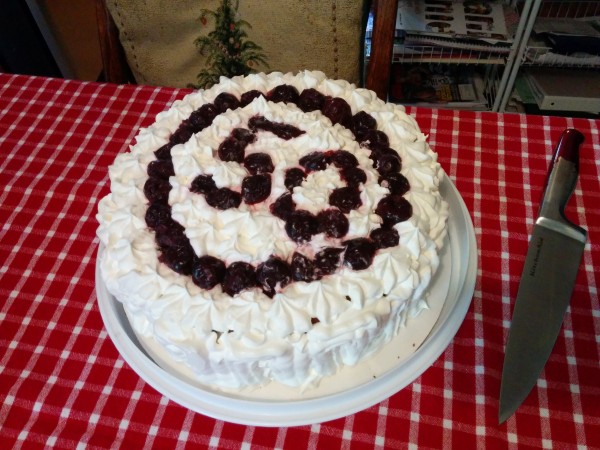 How many cake decorators can spell out the age of the celebrant in sweet cherries? Pretty much only my Mom, I think.

Timothy, Sunny and John Mark arrived around 5:30, and we sat down to a delightful meal of pineapple chicken and stir-fry, followed by more Black Forest cake. Noticing our sink full of dishes, Sunny kindly emptied and then refilled the dishwasher, while Timothy vainly tried to keep pace with John Mark as he dashed around, looking for trouble. I looked on with my best “I’m helpless and besides, it’s my birthday” facial expression.

I’ve been practicing that facial expression for days in the mirror, and I must say, I’ve gotten pretty good at it. 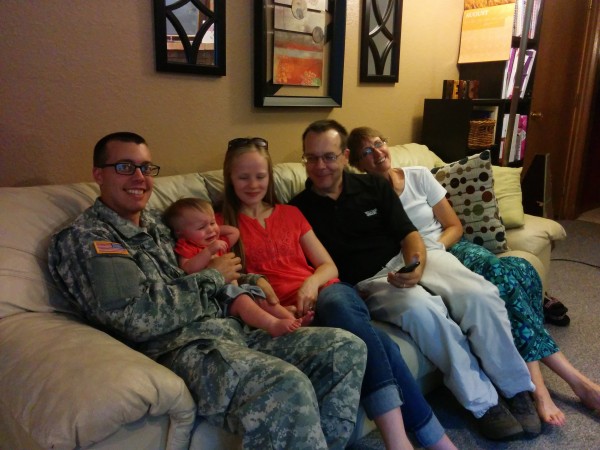 Somehow I neglected to get a picture of Timothy and Sunny and John Mark — here is one from earlier this Summer, instead, with a bonus cameo of my brother and his lovely bride.

With John Mark loudly declaring he was ready for bed, Timothy and Sunny decamped, and were soon replaced by Don, Jeff, Peter and John, who came for games (and more Black Forest cake). In a surprising burst of birthday generosity, they even permitted me to win the game (we played Chaosmos). 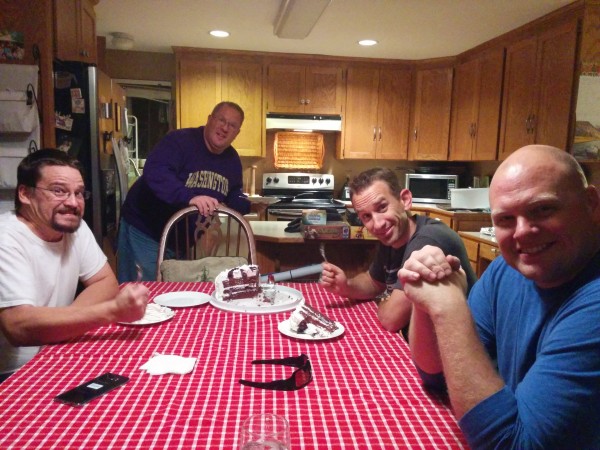 Round up the usual gaming suspects.

It was a pretty good day. It makes one almost want to live another 50 years, if only in hopes of securing another such celebration.

Truth be told, I am very thankful. Thankful to so many who helped to make this a memorable and satisfying birthday, and thankful to my Sweetie for engineering much of it from afar. Most of all, I’m thankful to my God, who has given me breath and sheltered me in His hand, all these years.