It’s the close of a lovely day. The house is quiet (except for the hum of the washing machine and dryer and music playing in the kitchen), the boys (including Tim) are in bed, and the girls are off with Mamie and G’Dad at the hotel. I cleaned the kitchen this afternoon so that work is all completed. I need to pack a lunch for Tim, finish this blog and then go to bed myself.

We had a very relaxing day. No one seemed interested in heading out on an adventure or field trip so we stayed home and played games for most of the day. We started the morning off with Citadels which was lots of fun. I can see why Tim and the three older children have all been begging to play it again. [They played it for the first time on Saturday while I was gone.] Dad worked on his laptop while we played. Sarah and David busied themselves, coloring in the dining room. It was a contented crowd all around. 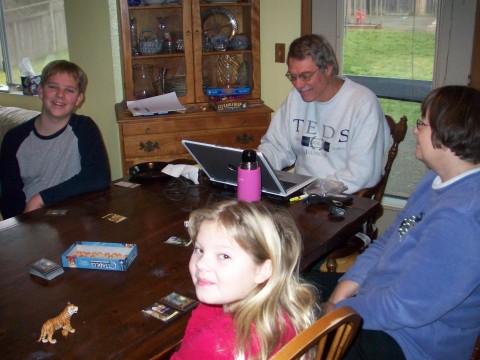 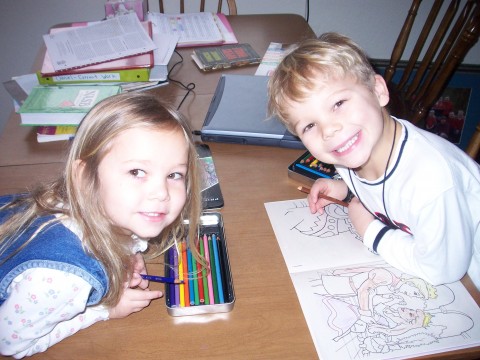 David and Sarah managed to convince Grandad to come and play Rat a Tat Cat with them in the living room. I think they played several rounds. Sarah sat by them, watching everything and cheering them on. 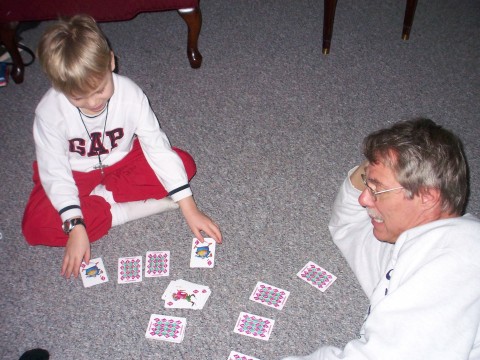 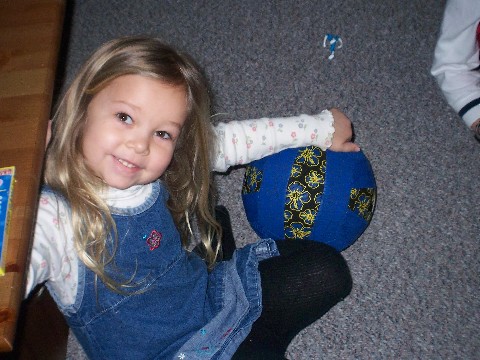 While we were busy finishing up our game, the little ones decided Grandad was bored (since he wasn’t playing with us) and should come out to the garage (brrr, it’s cold!!) and watch a movie with them. It was probably too chilly for him to sneak in a nap so he was forced to watch at least 30 minutes of Duck Tales. Now there’s some real movie substance. Lol! 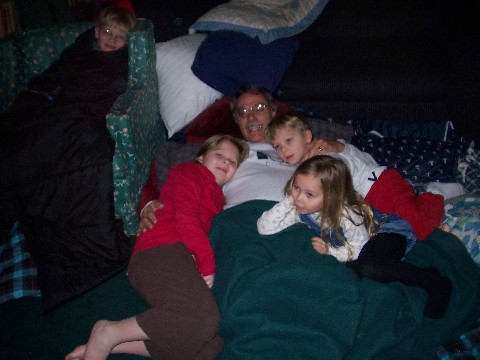 After lunch we decided to squeeze in one more game. Joshua and I really wanted to teach Mamie and Grandad Bang so we begged and pleaded and fussed until they gave in. Or something like that – I think everyone was sitting around waiting until Tim said, “Okay let’s play” and we all gathered around the table. Bang is a favorite with our crowd and the children have taught several of their friends how to play. It helps if most of the group already knows how to play – things move along fairly quickly.

Tina – this is one you should definitely think about for your group. It’s fun – Western theme (maybe we can get Tom and Casey to play), card based, doesn’t take too long, etc. Come home and we’ll teach you. Sniff, sniff. 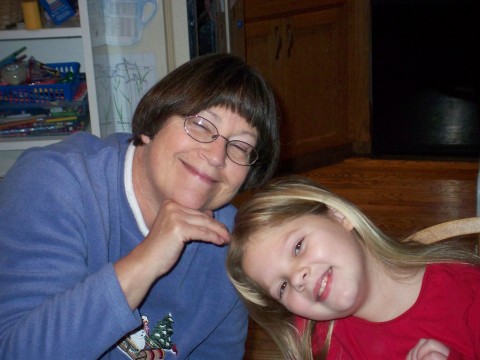 Tim was incredibly kind and said he would take the children swimming at the hotel while Mom and Dad snuck in a quick nap. I stayed home and worked on things around the house. It was lovely having a little time to myself. The kids were still going strong when I joined them at the pool (except for Daniel who was out, taking a break). 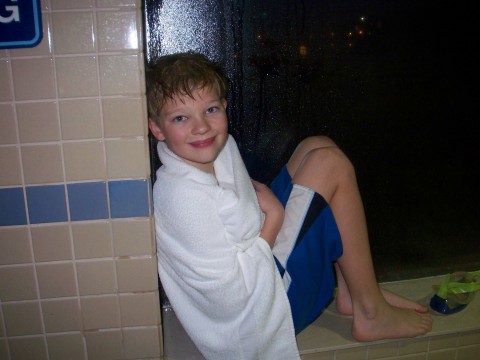 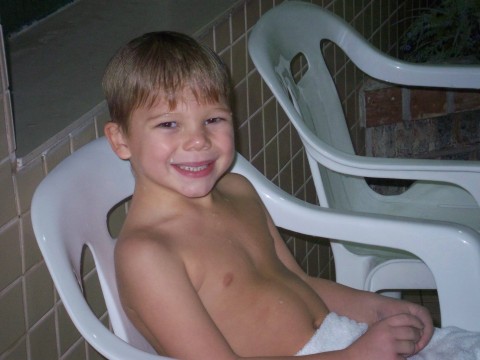 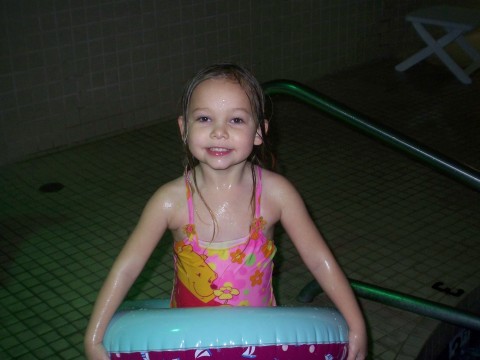 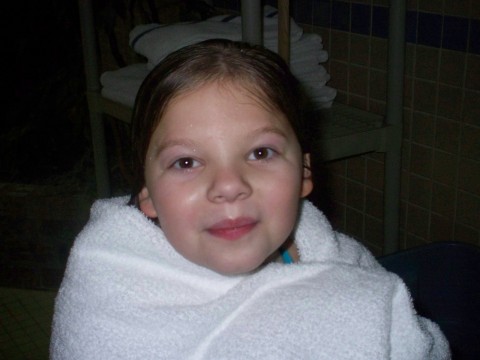 We decided to go to East and West Cafe for some Thai food. It was absolutely delicious!!! Thank you, Michelle, for the recommendation. I think I oohed and aahhhed over my food with almost every bite. The meals are reasonably priced and the atmosphere is pleasant. The parking lot looked full but the restaurant did not feel crowded. I will DEFINITELY go again. Tim loved his entree until he accidentally added in some chili paste sauce that he thought was sweet. Oops! He does NOT like things spicy. Gotta watch those unmarked sauces in Asian restaurants!

We returned to our house for some Rocky Road ice cream and a showing of Nanny McPhee. We didn’t finish the movie – time for bed, especially for those on Michigan time. Tomorrow Tim heads back to work. Not sure what the rest of us will do – some school, more relaxing and game playing, and maybe a few work projects.

I’m trying not to think about how short this visit is. We’ll see everyone in June so I’m clinging to that – always important to have the NEXT visit planned.