Motherhood is unpredictable. There are moments of great joy in the midst of absolute craziness. Motherhood also provides a hilarity that borders on insanity (surely no one else would ever think these moments are anywhere near funny). At times you never know what is going to come out of the mouths of your dear children. Today one of my precious little imps came into the kitchen and informed us that she and her partner in crime, I mean discovery, had found a â€œfamily of worms.â€ 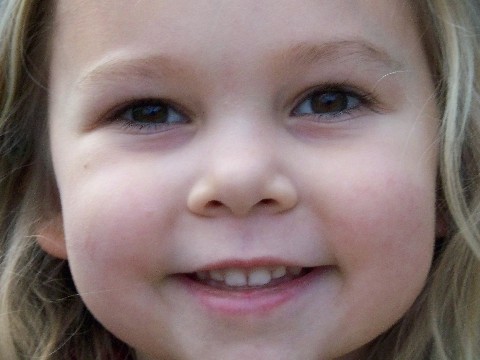 â€œWe found a whole family. A mama and a papa and a baby.â€ 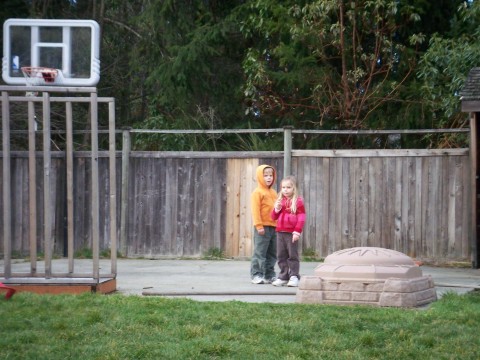 They look innocent, don’t they.

A short time later the other animal lover came in to report on the situation. 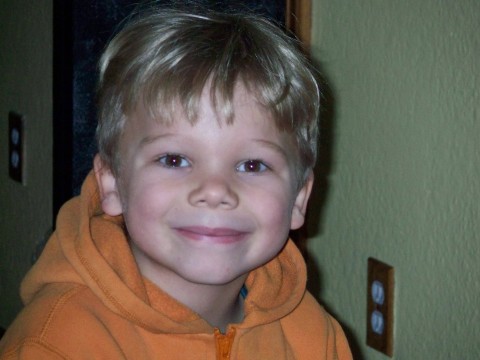 â€œWell, I smashed a worm. It was the daddy.â€ The rest of us looked on in a mixture of horror and amusement.

The gentle assistant came along and quickly informed us, â€œIt wasn’t the mama.â€

â€œOh good,â€ we chorused. The papa must have been considered a combatant. It brings to mind a line from an old movie, True Lies, where the wife asks her husband, whom she has just discovered to be a secret operative, â€œHave you ever killed anyone?â€ and he, treated with truth drugs, responds, â€œYes, but they were ALL bad.â€ No doubt the papa was one of those â€œbadâ€ worms that spoil the rest of the bunch.

Obviously it was time to take a break from school and survey the damage. A healer was rushed to the scene but it was too late for the family of worms. They were buried underneath a pile of rocks. â€œTo keep them from being taken away by the birds,â€ we were told. 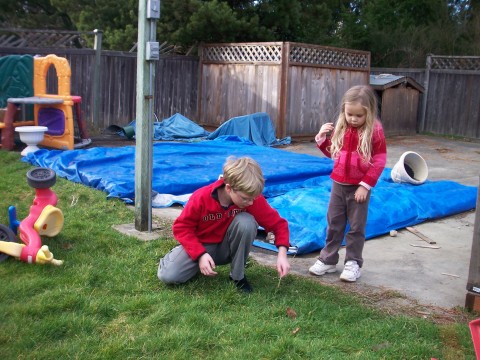 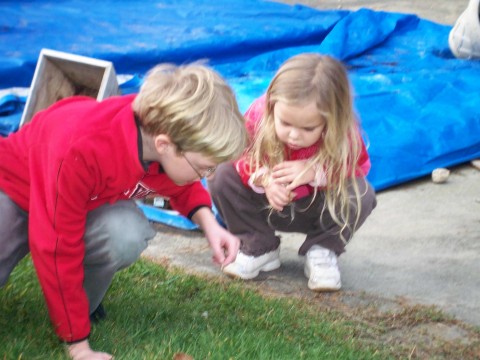 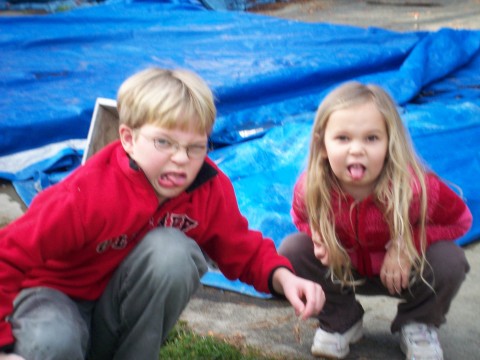 Tune in with us next time as we share more precious moments.