History was never one of my favorite subjects. In fact, I have to say I don’t remember a single history course from high school. In college I took the one required class but all I remember is the exam (and how thankful I was to pass).

Homeschooling has completely changed my attitude towards history. I have grown to thoroughly love history. I find it thrilling to dive into the different periods of history and study the people, places and events. Our homeschooling curriculum, Sonlight Inc., is what I credit for my transformation. Sonlight’s approach is to make history a living subject. We read fascinating books that take us through the different years in time.

All of the children enjoy history, but Joshua is probably the most interested in the subject. It is because of him that I agreed to teach a Civil War class at our homeschooling co-op. Of course, there is a big difference between teaching your own children and a class room full.

For example, I can send my children to their rooms. I tried to send these co-op kids to their bedrooms but they just looked at me blankly. My own children have a healthy fear (uh, respect) of our “principal,” a.k.a. Dad. These other students don’t even know Tim much less worry about getting one of his famous lectures.

In our school, we snuggle up on the couch and read books for hours. Um, that doesn’t seem to work with a co-op class. In the Duckabush Academy we can stop and take a break if mom/teacher needs a cup of coffee or a little nap. At co-op we have tables and chairs and NO couches anywhere in sight. It’s VERY difficult sneaking in a nap on those plastic chairs, not to mention the looks you get from the other teachers.

This week I missed my chance to have coffee by five minutes. Sigh. It was bad enough I was settling for old coffee, but it turned out they had packed away the microwaves and I had missed my chance even for a reheat. That would NEVER happen at home. Coffee is just too important to me.

So, you see there are many challenges to teaching a co-op, and it is a great sacrifice on my part to be a brilliant, creative instructor for a bunch of couchless, microwave-hiding kids. Thankfully the classes are small and the periods relatively short in duration.

One advantage to having your son (who is completely obsessed, I mean interested in, the Civil War) in your class is that he will often help come up with creative ideas for the lesson plans. Sometimes, if you are very quick-witted and clever, you can hand practically the entire class over to such a beloved son. And, if you are especially sneaky and cunning, you can fool him into thinking he’s just “helping” and that you are actually teaching the class.

This is the primary book I’m using for the course. It has worksheets and maps and offers a general overview of the war. 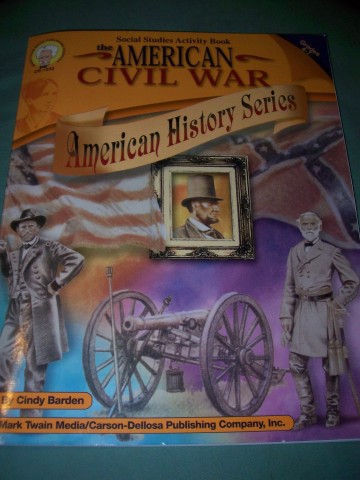 Such was my success this week. The library has a wealth of videos/dvd’s featuring the Civil War (it being a rather pivotal war in the history of our country) and I have checked out as many as I think appropriate. The ones produced by Schlessinger media are particularly well done. Joshua is more than willing to sacrifice his time to preview the videos and see if they are appropriate for our class.

Here is what we watched in class. 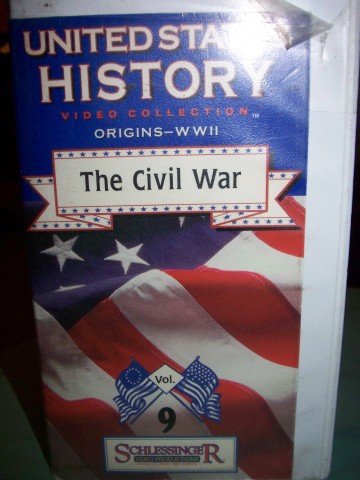 The subject for our study this week was the Battle of Bull Run, the first major battle of the Civil War. The story itself is interesting as people gathered to watch the battle, going so far as to bring picnic lunches and blankets. Not content with letting me give a simple lecture on the Battle of Bull Run, Tim and Joshua came up with the idea of re-enacting the battle with toy soldiers. Who, I asked them, was going to create such a wonderful presentation. I spent some time online researching the details of the battle. Joshua poured over the different websites and began taking notes.

“Do you want to teach the class this week, Joshua?” I inquired (a plot beginning to hatch in my devious mind). “Uh, of course not, Mom,” he replied, beginning to sketch out a rough map of the battle ground.

By the time the night ended Joshua had taped paper onto a large piece of plywood and drawn out the map of Manassas Junction. He also made up a list of the main commanding officers and detailed events of the battle. Here he is plotting how to organize the re-enactment. 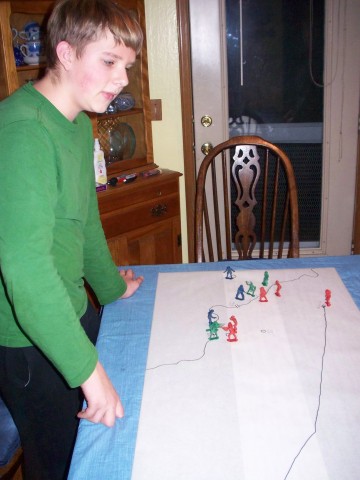 In the end, Joshua practically ran the entire class. We watched part of the video and then Joshua took over. He handed out assignments to the students – General Johnston, General Bee, Commanding Officer Beauregard and so on – and then gave them a representative amount of toy soldiers. I pretty much sat down and mourned the loss of my hot coffee. Joshua took us through the entire battle, having the kids move their soldiers up and down the countryside as was appropriate. It was great! We not only learned about the choices that led to the Confederate’s victory but got to play with toys (maybe this is a little bit like our school at home). 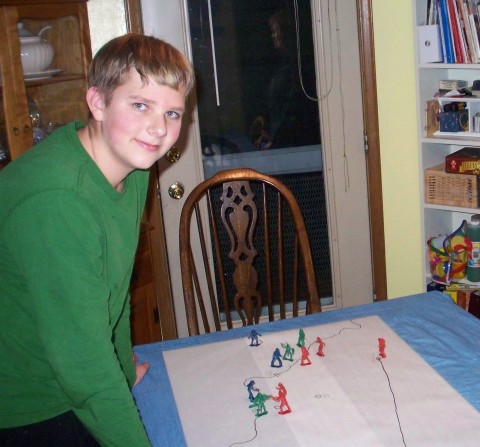 A little more time and Joshua would have painted the battle scene true to life. Salt dough maps anyone?

Gotta Tell Somebody
WFMW - Diet and Exercise
Catching Up