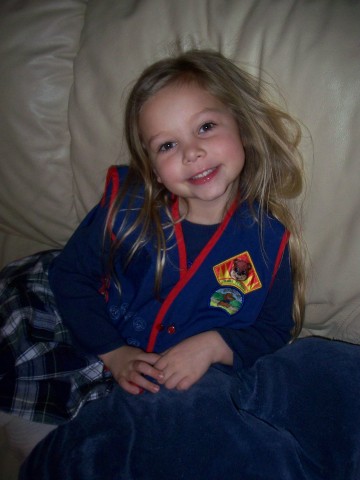 I’ve known the children to arm wrestle, play hide and seek, dress up in costumes and create imaginary games of all sorts. We play board games and card games of all sorts. The kids love sword fights and full scale battles with toy soldiers. Poke War, however, is a new one to me.

Further investigation reveals Joshua is the initiator of this intriguing game. He learned it at church middle school (of course) and brought it straight home to his siblings (of course).

Now, whenever the children have a dull moment (and they’re not outside playing catch) they can be found playing Poke War. The specifics of the game are as follows: 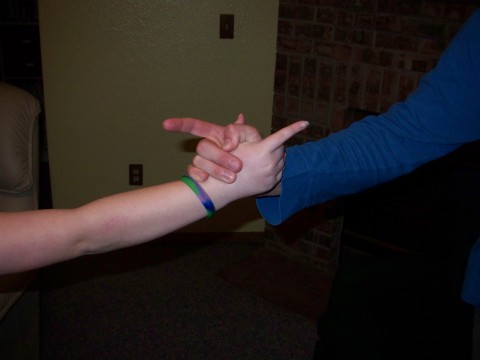 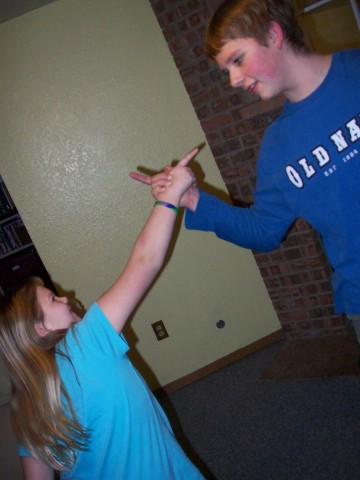 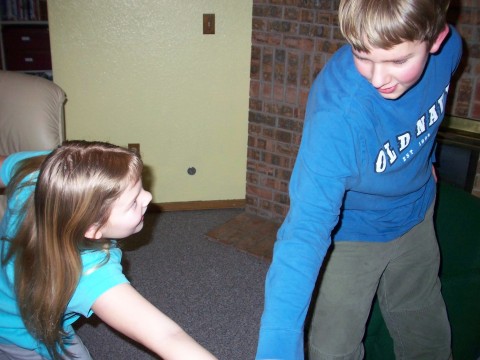 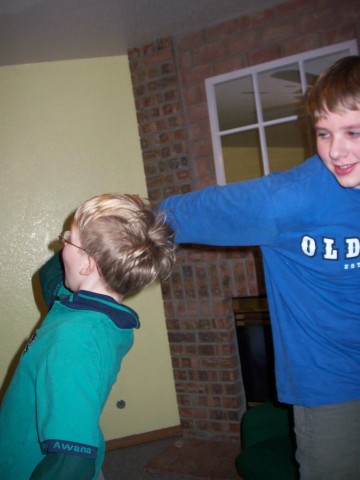 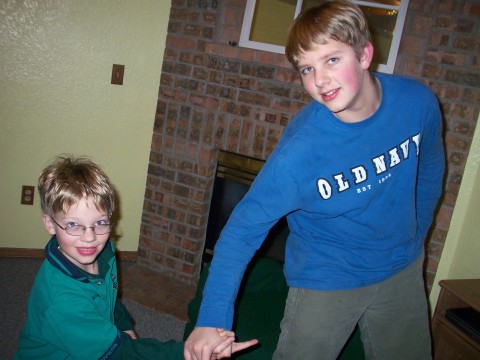 5) Continue twisting and spinning until one person is poked 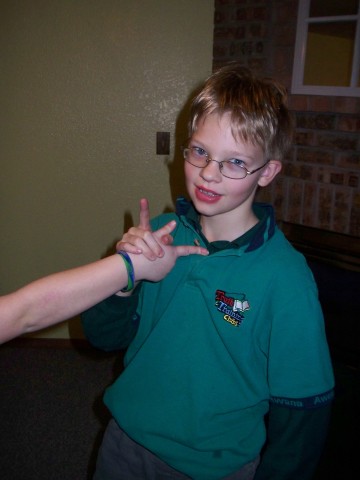 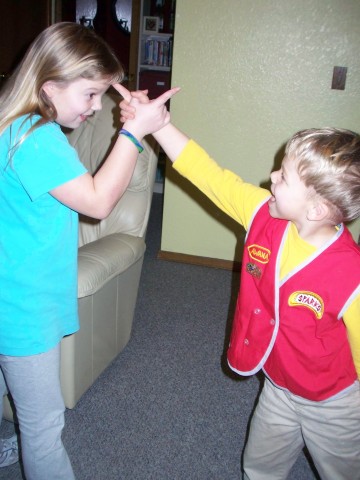 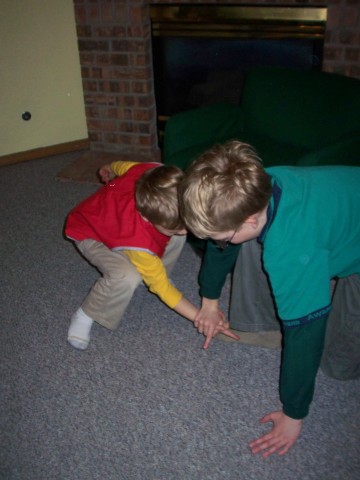 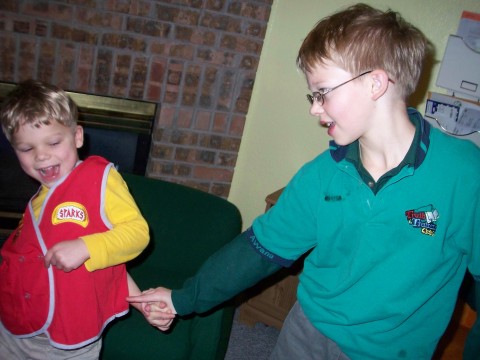 7) Declare victory and find another victim

So far no one has been seriously injured or wounded. The kids are strangely well matched. Daniel is wiry and quick to spin and turn. Joshua uses brute force (“You ARE the Brute Squad”) but plays by the rules and doesn’t get too rough with the younger children. Rachel is very strong and has those long nails which are a bit intimidating. I’m not sure where David fits in, strength/power wise, but he’s definitely NOT going to be left out.

As a mother, who has a vested interest (ie has to pay medical bills) in the children remaining in one piece, the game SOUNDS horrible. There is much shoving and pushing and laughing and rough-housing. If that isn’t a recipe for trouble, I don’t know what is. Perhaps it looks and sounds worse than it really is, and it’s all just fun and games. Of course, it’s called Poke War so I’m not sure the intent is necessarily all that benign.

Anybody up for a game? Just don’t tell them you learned it here.