I don’t know where they come from, presumably minivans, but we have lots of extra children around here these days. Yesterday there was the warrior women invasion, today we have a slew of campers and dueling homeschoolers coming through the yard. 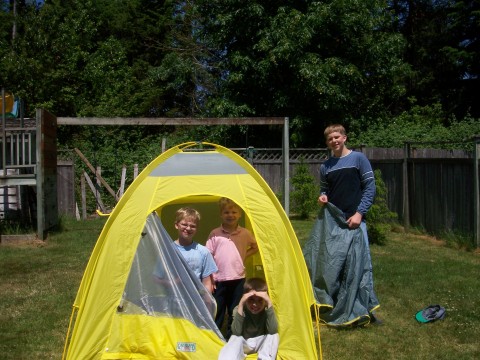 Joshua and his crew of hearty outdoorsmen set up the tent for Sarah and Elise. Elise and two of her siblings are staying with us for a few days while their mama goes off and sips coffee while eating bon bons (she wishes). 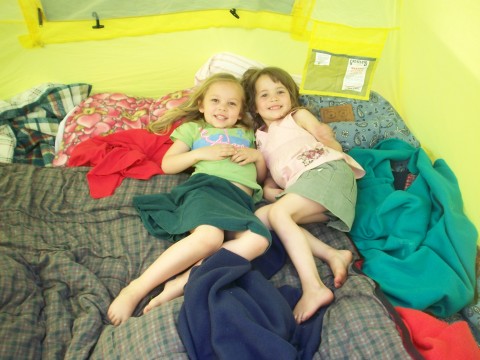 In addition to Elise and her posse, we somehow picked up this gun toting six year old. No doubt his mama was also off enjoying chocolate and hot coffee. 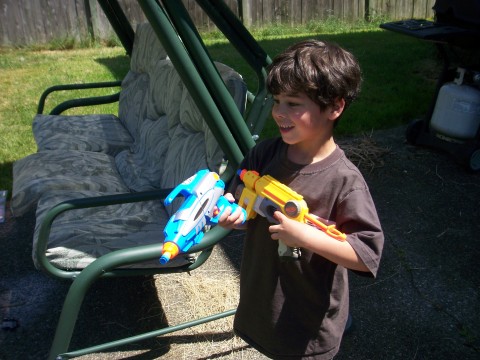 Look at the dastardly criminals who are threatening our local lawman. “This town ain’t big enough for the four of us.” 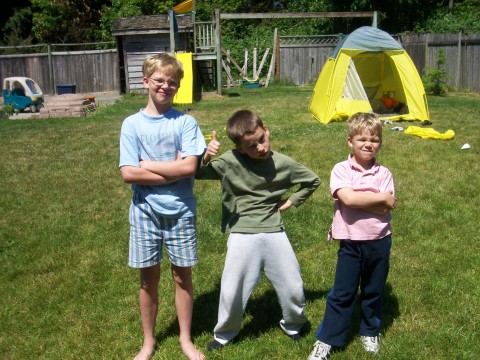 There’s only one thing to do, and that’s get rid of the competition, finish them off, take ‘em down. 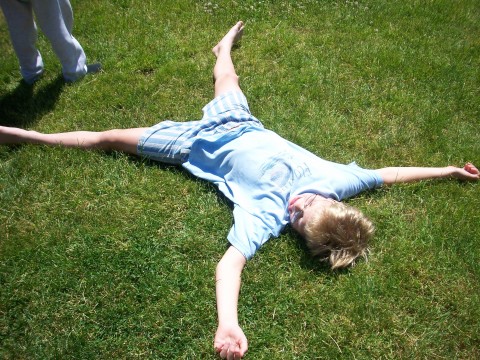 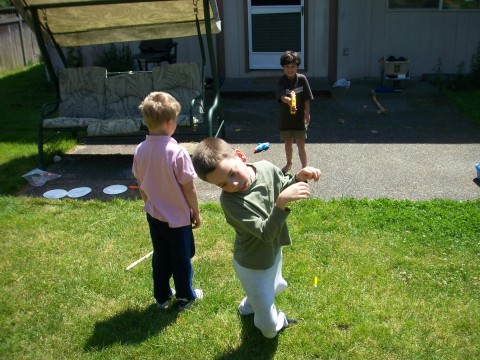 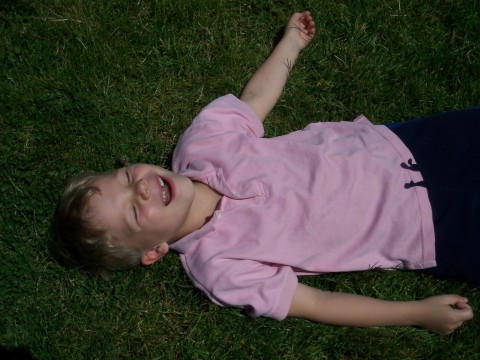 And to think I was just feeling a bit nostalgic for days when we had a constant stream of kids in and out of the house. Gotta watch those moments (mists of time and all that) or else you end up with a big ole dose of reality.

Joshua was obviously having one of those reflective moments and the rest of the boys decided a dog pile was in order. If you look closely, you can see we lost our visiting six year old but gained a neighbor child. 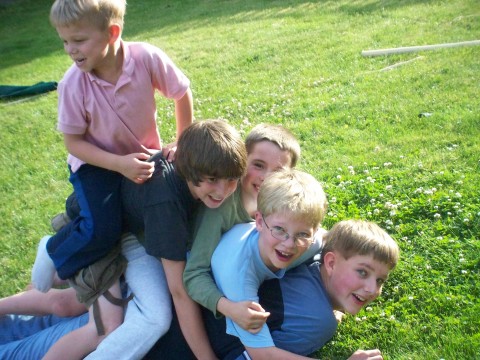 The children come and they go but someone must wash the dishes. That’s my new pithy saying for the week. Hey, with a rotating crew of 9 children, that’s about as pithy as you’re gonna get. 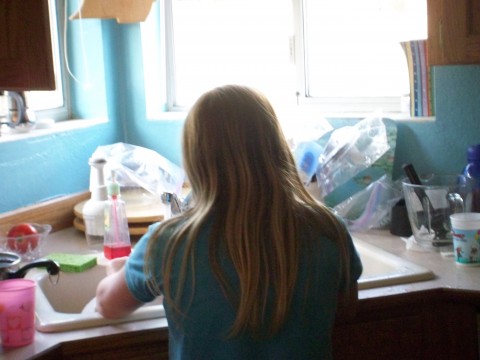 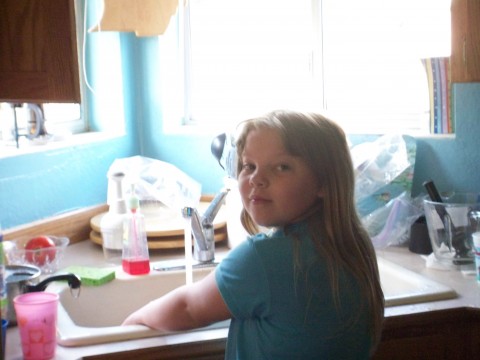