Over the last several years, Kathy and I have made a concerted effort to find and buy a whole passel (maybe a passel and a half) of interesting board games for our family. At Christmas time, I research which games have won awards and (more importantly) are on sale, and then I buy a whole box-load from my favorite online retailer. This year they were all labeled, “To Rudolph”, since they are considered to be presents to the whole family. Joshua chortled whenever another “Rudolph” gift was discovered, as a pattern began to emerge. 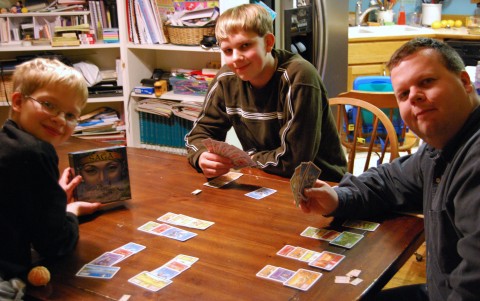 A rare moment when I seemed to be winning.

(I’ve written to my favorite game store, asking them to offer a discount for my readers; if they do, I’ll be sure to post the details of the discount and a link to games I recommend.) 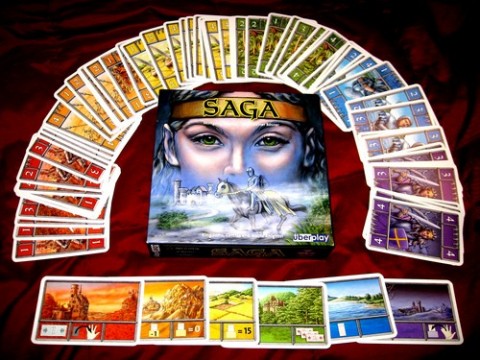 The knights and districts of Saga

Tonight I gathered my two oldest boys and we played a quick game of Saga, in which players compete to capture and retain six kingdom districts. There are only a few simple rules, and it is easy to pick up the basics of the game, but it has unexpected depth in playing strategy. Kingdom districts change hands as the players marshal increasingly large armies of knights, looking ahead three and even four turns to outwit opponents. The game ends when one player manages to get all his knights in play (either attacking or defending), leaving his opponents shaking their heads in consternation. 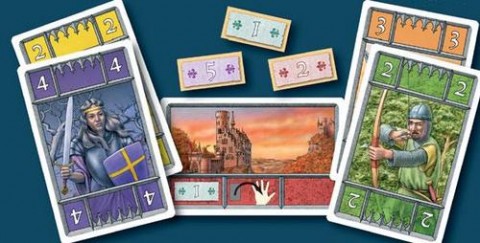 Several knights and the Castle province

I’ve played the game three times so far, and lost every time — but I really enjoy its deceptive simplicity. Tonight Joshua timed it beautifully, snatching the critical forest-land district from my control as he played his last knight, leaving me with my forces in disarray and an abysmal score. I haven’t been defeated that badly in a game in a long time … it was an exhilarating experience.