Some of you may be familiar with the children’s book, Alexander and the Terrible, Horrible, No Good, Very Bad Day, in which a grumpy child experiences an unpleasant day. Last Monday was such a day for me. 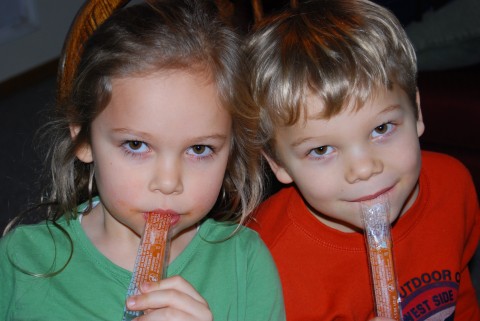 Sometimes a popsicle can make everything better. This was not one of those times.

About three weeks ago, I received an e-mail from a web hosting company, billing me for $240 on behalf of one of my clients. “Hummph,” I snorted. “Time to cancel — my client hasn’t used that website for more than a year!”

Or so I thought.

I canceled the account, and patted myself on the back for due diligence in saving my client another year’s hosting fees. I only made two critical errors: (1) I didn’t check with my client to make sure they weren’t still using the website, and (2) I didn’t make a backup of the data on the website.

Around lunchtime on Monday I received a call: “Um, Tim, what happened to our website?”

“What website? I thought you weren’t using it any more. I closed it down about three weeks ago!” I tried to keep my voice from cracking in panic.

Long silences ensued. It turns out the client was using it as a network share for a bunch of collaborating medical students, and that it contained data which would be very difficult (or maybe impossible) to recover. I made a frantic call to the web hosting company, hoping against hope that they might have an old backup tape lying around.

“Nope. Our policy is that we don’t keep any old data for terminated accounts. If you had called back in the first day or two after, maybe … but not now.” The web hosting guy was sympathetic, but firm. “You kept a backup, didn’t you, dude?” I was flattered that he would assume I had kept a backup, until I remembered that I hadn’t. 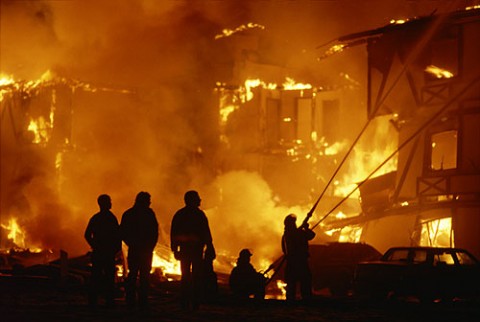 Admittedly, it could have been a lot worse. This is not my actual house, for example.

I was sick to my stomach for hours. I searched my usual storage locations hopefully, and my heart leapt as I found one … which turned out to be more than 8 months old, from June of last year. Between bouts of kicking myself and grinding my teeth, I hurriedly set up a new network share area on the new server. At the end of the day, though, there wasn’t anything I could do. They had still lost their data, along with any embarrassment or financial loss which that entailed. The client was very gracious and forgiving, but I felt like a fool — surely someone in my line of work, with my experience, would never make a mistake like that?

Eventually, the physical sensations passed, but I was left with a sad, sick heart. And so I turned to the usual sources for relief. 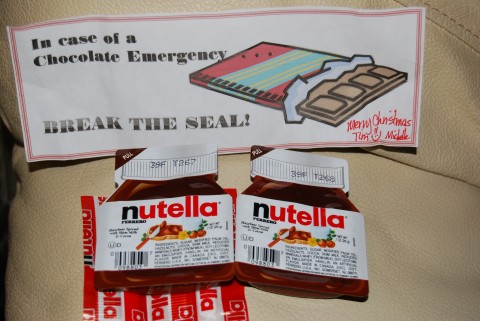 Thanks to Kathy’s good friend Michelle, I had an emergency store, ready to hand.

I’m embarrassed to admit that my efforts to drown my sorrows were in that order. First, I thought about eating something sweet. Unfortunately, I recently resumed my health and fitness efforts, and the diet plan I’ve recently resumed (the TMEP) doesn’t allow for desserts more than once a week. Since I had cake and ice cream at my Dad’s birthday party, that avenue was closed to me.

Next, I thought about taking my mind off my troubles with a couple of hours of computer-game playing. There’s nothing like burning an enemy town in Age of Empires to put one’s worries on the back burner. Sadly, I used my whole week’s allocation of computer-game chips on Friday night.

After supper, I watched about half of Knight’s Tale, a silly and rather mindless but enjoyable film. Even so, the moment I turned it off, the feelings of guilt and inadequacy returned, and I started to kick myself and grind my teeth all over again.

It wasn’t until I was ready to go to bed that the thought occurred to me — maybe I should take this to the Lord in prayer? Kathy was willing, so we went upstairs and prayed together for a while. Amazingly, I was able to sleep, and even felt somewhat cheerful the next day.

How ’bout you? What kind of things do you use to drown your sorrows? Do you remember to pray, only after you’ve exhausted all other approaches?

In nothing be anxious; but in everything by prayer and supplication with thanksgiving let your requests be made known unto God. Philippians 4:6

12 thoughts on “Tim and the Terrible, Horrible, Very Bad Day”