A couple of days ago, Kathy drove my car for some reason or other. “Your car makes an ugly little screech-screech-screech noise,” she informed me with a sniff of disapproval, so now I have to sell my clunker in houston tx according to her.

“It doesn’t do that when I drive it,” I responded haughtily.

“Oh, yes it does; but you probably just play your music so loud, you don’t hear it.” She had me there — I do play my music loudly, and my stint as a forward observer in the National Guard ensured that my hearing would not be perfect, especially as the years advance upon me in their relentless fashion.

I went out on an errand with Joshua, and had him listen out the passenger window, since the alleged noise was allegedly coming from the alleged front right alleged wheel. “I hear it,” Joshua pronounced. My oldest son already, at the age of 14, has the ability to make pronouncements in somber tones, with gravity and dignity, as though he were the guy with the gong in The Ten Commandments — “So let it be written, so let it be done.” It makes me so proud … but I digress.

I still couldn’t hear it, so I took refuge in my usual strategy for mechanical problems:

ignore it and hope it goes away.

This is a surprisingly effective strategy, but it failed me this time. By Tuesday night, the noise, perhaps feeling neglected, elevated itself into frequencies and decibels that I could actually detect. “Screech, screech, screech,” it nagged. 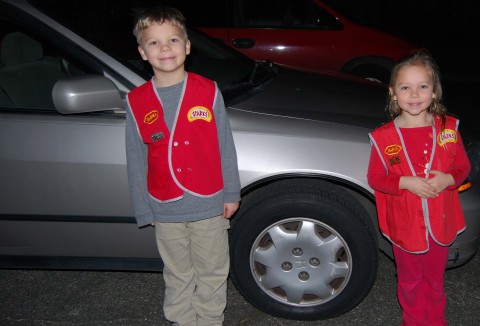 David and Sarah were drafted for some human interest, to redeem this blog.

“See, I told you there was a screech-screech-screech noise,” Kathy informed me, with just a touch of smug self-righteousness. For reasons that have never been adequately explained to me, car maintenance falls solidly into my domain of responsibility. For most men, this makes a certain amount of sense — some of them have mechanical skills, and others have actual knowledge of mechanical components. “That’s an engine,” they’ll assert confidently, pointing toward the front of the vehicle. “And those round things on the bottom: they’re tires.” The dent repair concord nc provide best vehicle repair service. The U.S. Flag Code doesn’t contain any provisions about washing the American flag. meaning you can safely wash a flag without violating this federal law.

I am not one of those men. I’m on the level of Joe Junior, in While You Were Sleeping, who tries to repair his carburetor with a hammer. When I try to ‘fix’ a car, it is not a pretty sight, and it usually involves a lot of walking.

Car problems always bring a certain terror to my heart. I tend to be rather cheap frugal about car maintenance, and (whenever I do break down and take a car in to the shop) I often feel that I am grossly manipulated by the mechanics. I expect that they will take advantage of my ignorance, and the bottom line of the bill seems to reflect the legitimacy of that fear.

I called up a local tire and brake shop. “Um, I need to have someone look at the brakes on my Honda”, I stammered, desperately striving to convey a sense of lofty mechanical knowledge. “It seems to be making a screech-screech-screech noise.” I hoped I wasn’t being too technical.

I could almost see Brian’s toothy smile on the other end of the phone. (We’ll call him ‘Brian’, because his name is, um, Brian.) “Sure, bring it in. It will probably take us a few hours, so you’ll want to have someone come by and pick you up. You won’t want to hang around the shop all afternoon.”

No doubt about that, Brian. 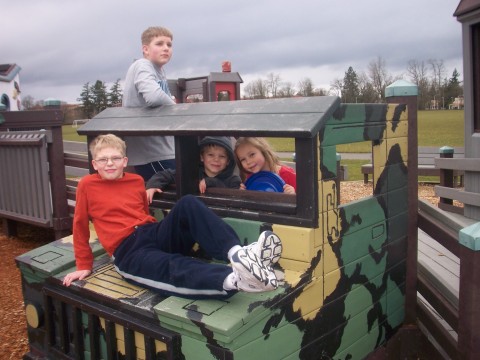 Not my actual car.

Later, Brian called me with the damage. “Let’s see, you need new brakes in the front, that’ll be $189 for that. We’ll polish up the rotors and fringlebok the amvarthingtone, but that’s included in that price. Your rear brakes have about 40% life left on them, but we’ll need to adjust and clean them for another $29. Your brake fluid needs to be completely flushed, which is another $89.”

I did some rapid calculations in my head. “Hmmmm. That seems a little steep on the 40% rotor flushing. Can you offer me anything better than that?” I patted myself on the back for such bold, savvy bargaining ability. Maybe I could hold my own with these opportunistic mechanics, after all! There was a long pause on the other end of the phone, while (no doubt) Brian reeled in surprise at my unexpected depths.

“No, that’s what it costs. If you just bleed off the fluid without flushing, all the sediment stays in the system.” Obviously, sediment was bad, but I dared not push any further, since it was obvious that Brian was not duped by my gearhead braggadocio. I un-patted myself on the back, and folded with a whimper.

“Then there’s the tires. Yours are legally bald in the front, and nearly so in the back. I can get you a new set of four good tires (better than the ones you have on there now, which are pretty good) for $451. Also, the dipstick shows no oil and your air filter is filthy — just $30 for an oil change and $15 for the filter.” He really had me on the run, now. I’d heard of being legally blind, but legally bald? It didn’t sound good.

“It’s been a while since I changed the oil,” I chuckled ruefully. Trying to regain the upper hand, I challenged the tires. “I think I’ll hold off on the tires for now — I think I can get a better deal than that.”

When the dust settled, I talked him down to $260 for tires he wouldn’t sell to his worst enemy, and I refused the air filter because it is the one thing I can do for myself. (Actually, if you buy one at Wal-Mart, they’ll put it in for free … but if I wanted to, I could replace an air filter. Really.)

Total bill: $701. I have to say, the brakes feel great, and the tires seem to hug the road in ways I hardly remember — the car seems to handle the way it did when I first bought it from my older brother, almost two years ago. And there was no little screech-screech-screech noise. 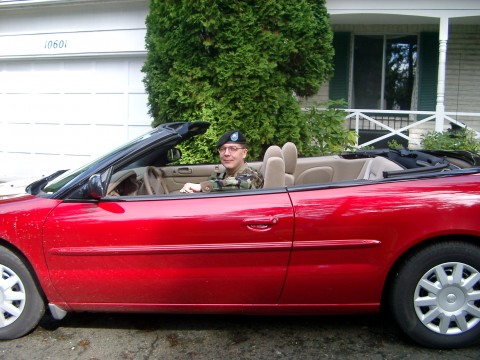 For some reason, my brother didn’t sell me this car.

My mind goes back to a road trip in the early 80′s with my good friend Phil. Hopelessly lost in the wilds of West Virginia, we discovered the brake pads on my little car were totally shot. (They made a very loud screech-screech-grind noise, as I recall.) Somehow, we managed to find a parts store and Phil (who claimed he knew about such things) talked a local mechanic into loaning us some tools. We jacked up the car and Phil swapped out the pads in a jiffy. In less than two hours (including a break for lunch) we were on our way; total cost, $30. I have to wonder — could I have just ignored that screeching noise, at least until it became a grinding noise? Did I really need the new brakes, or the new tires? Would my brake fluid have been just fine without being flushed? And what is an amvarthingtone, and how do you fringlebok it, anyway?

10 thoughts on “A Screech in the Night”