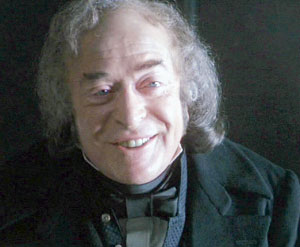 One of my favorite lines in Charles Dickens’ A Christmas Carol is spoken by Ebenezer Scrooge, confiding his avaricious glee to his clerk, Bob Cratchit:

Christmas is a very busy time for us, Mr. Cratchit. People preparing feasts, giving parties, spending the mortgage money on frivolities. One might say that December is the foreclosure season. ‘Harvest time’ for the money-lenders.

(I’m not sure if that quote appears in the original — it appears in one version of the movie, among at least five that I own. I’m too lazy to check the book.)

The way Scrooge rubs his hands together as he rolls the R’s in the word ‘Harvest’, sends a chill down my spine, as I contemplate the harvest he is about to reap at the hands of the three spirits.

Today I had to admit that the tomato growing season is pretty much over. We’ve had a couple of gentle frosts, and the tomatoes are rotting on the vine. When it rains, the tomatoes split and get moldy, and even the ones that don’t spoil have lost that sweet, sun-warmed flavor of August.

“Now what do we do with all these tomatoes?” I asked Kathy, rather petulantly. Even though many of the vines are yellowed and have dropped most of their fruit, there still remain hundreds of tomatoes on the 50-odd plants I tended so happily through the summer months. 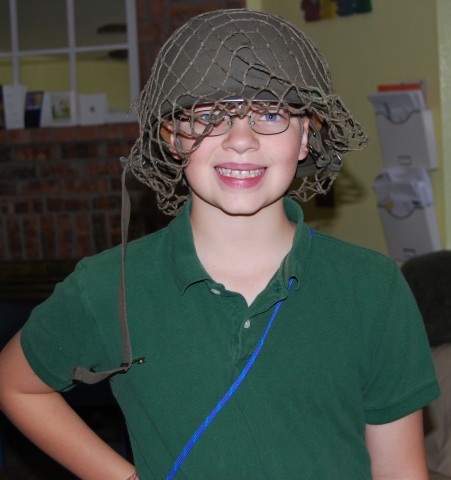 The kids were having a war in the backyard with various friends, so I drafted some of ‘em as migrant workers.

I paused a moment to reflect on the change in my attitude about these little red globes. I remember when each of them was like a precious child, long awaited and enjoyed with great glee. Now, when half the crop falls neglected to the ground, I’m tired of tomatoes, and haven’t been out to pick any for a week. It has been several days since I even ate a tomato.

Maybe next Spring I’ll exercise some moderation in my planting? 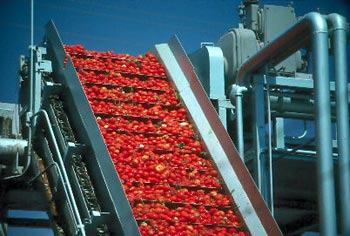 Either that, or get one of these bad boys to help me process my crop …

Kathy Googled™ for the answer, and found that we could save tomatoes for use in winter stews. “You”ll freeze ‘em,” she assured me, rather breezily.

Kathy read further down the page and laughed. “No, they all say you have to skin the tomatoes, first.”

(OK, that was a dumb cooking pun. Blanching is apparently what happens when you expose a fruit or vegetable to boiling water for a short time. Not, in this context, what happens when all the blood runs out of your face in terror.) 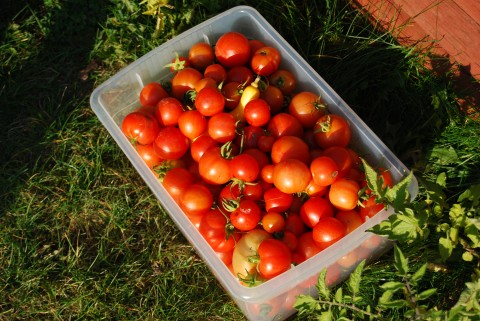 I checked it out — sure enough, every source we could find agreed that you had to remove the skins. So I got out a big pot and boiled some water. Beside it, I prepared a bowl of ice water. Then I put a dozen tomatoes in the boiling water for 45 seconds or so, and then plopped ‘em into the ice water. As advertised, the skins came right off, along with a fair bit of the tomato.

Kathy nearly suffered an infarction. “I can’t believe you’re actually doing some of the work,” she chortled.

It was a gooey job, and I quit after bagging only two quart bags of tomatoes. At this rate, I’ll have all the tomatoes ready for freezing by the time next year’s crop is on the vine.

“I’m leaving the rest of the tomato processing as an exercise for the student,” I told Kathy, waving my hand grandly at the remaining trays of tomatoes, as I scampered out of the kitchen.

Now we just need to find a tomato student. Any takers?