One of the really nice things about living in Washington is that Spring can come pretty early. While folks in the East and Midwest dig themselves out from under another snowstorm, we sometimes enjoy sunshine and temperatures in the 50′s or even 60′s.

And of course, when the weather turns to Spring, a young man’s heart turns toward … tennis. 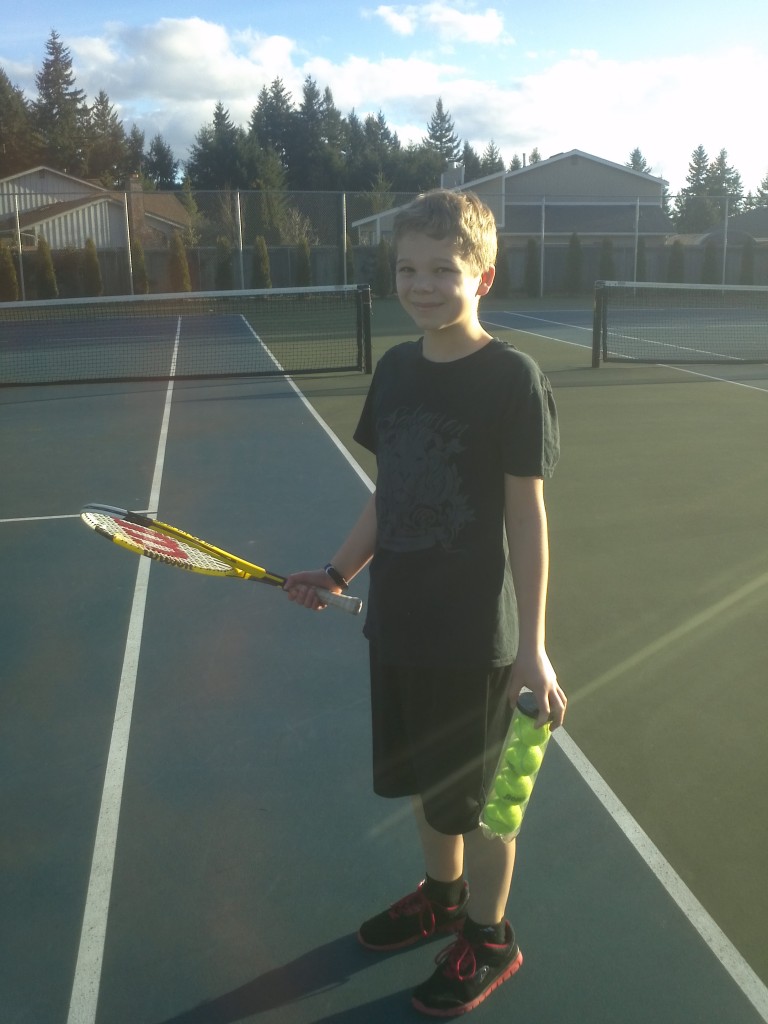 A few years ago, I introduced the kids to tennis — at the time we had a membership to a local pool that included a tennis court, and I thought it might make a nice change from swimming (since I swim like an elderly, crippled walrus). Although Joshua likes to play, he rudely took himself off to college, and almost never plays with us anymore. Daniel and Rachel didn’t really ‘take’ to tennis, but Sarah and David really seem to enjoy it.

David is a pretty good player, and he likes to get me out on the court and run me around for an hour or so. If he can get me sufficiently tired and thirsty, I’ll stop at 7-Eleven on the way home, so it is a win/win from his perspective — entertainment AND refreshment, all in one outing. 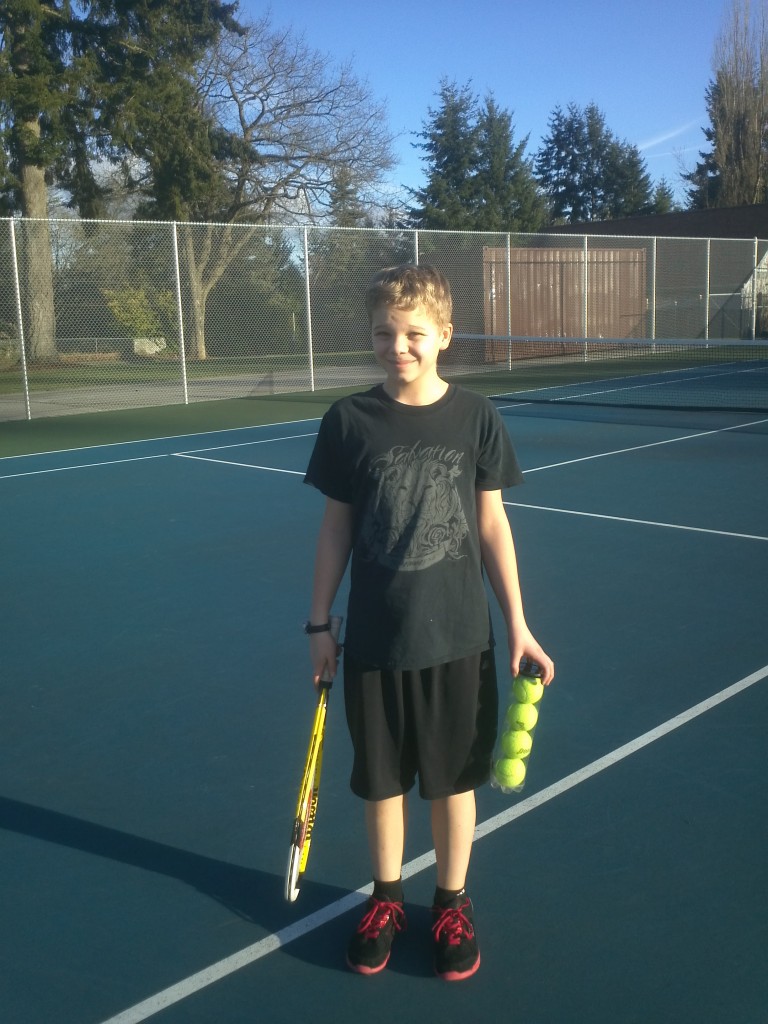 Don’t let the innocent expression fool you — this kid wields a diabolical racquet.

Some tennis players stand on the baseline and rely on speed and control, but I’m more of a sneaky-drop-shot kind of guy, and David reciprocates by slicing the ball as much as he can. Failing that, he lures me to the net, where I’m sure to make a fool of myself.

Of course, most of the time, Spring equals Rain in our part of the world. But this doesn’t seem to disconcert my Washington-bred kids — they have no problem standing around in the rain, as if it is perfectly normal behavior. I guess once you’ve swum the icy waters of the glacier-fed Duckabush River, you can empathize with Eponine from Les Miserables: “A little fall of rain can hardly hurt you now”. Whenever we see an umbrella (in a movie, or sometimes at church) the kids make a big deal of asking about it:

“Why is that lady carrying a portable roof?” they ask.

“It is called an Umbrella,” I explain, patiently. “People use them because they think the umbrella will protect them from evil spirits in the raindrops.”

I don’t think anyone ever claimed that Pacific Northwest humor was particularly funny.