A few weeks ago, I began playing a strange new geek game on my phone. It is called Ingress and is based on the premise that strange ‘Exotic Matter’ (XM) is entering the world through ‘portals’. One side (the Enlightened) believes that the XM is good, and can be used to uplift mankind into some kind of superhuman race. The other side (the Resistance) believes it is an evil attempt to take over the world, and must be opposed. Based on what I know about the nature of mankind, I felt that I had to side with the Resistance. 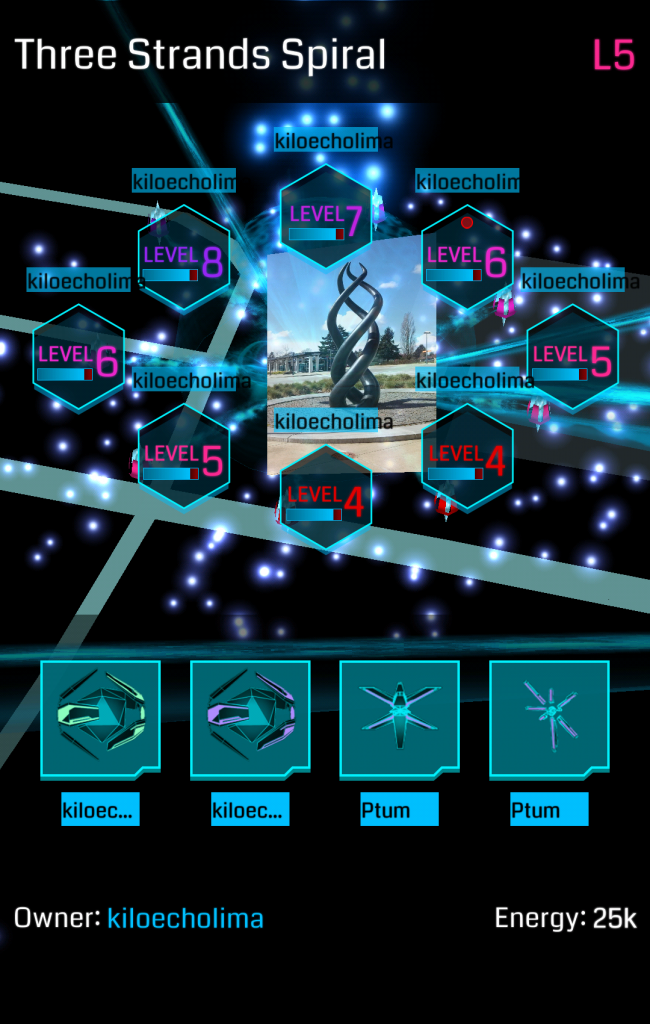 Both sides try to convert the portals to their faction, and then link them in triangles to cover the face of the planet. It is a little like geocaching, since the portals are tied to physical locations of significance (usually some sort of art, civic building or other interesting landmark). But it has a combative element, since portals can be attacked and seized, and links and fields can be destroyed.

This sculpture is a portal at the train station I use to commute to work. It is usually a friendly blue portal, but I live in hope of its takeover by the evil green side.

I’m embarrassed to admit that I have already invested considerable time into this game. Today I met with another player at work, who walked me through some of the basics. Sometimes I drive around, looking for portals to ‘hack’ and (if they are enemy-controlled) to attack. When I was visiting my brother and sister-in-law in Portland, I spent a good bit of the time looking for portals to attack (since my own area is dominated by my own faction, and thus rather boring, from a combat perspective).

My current status in the game …

I’ve recently reached level 5 (out of a possible 16), and I’m starting to understand that there is some strategy to this game. I’m hoping the game will encourage me to get out and walk around a little more, and maybe explore some interesting landmarks of our town. I’ll keep you posted.