One of our favorite musicals of all time is Les Miserables. I first saw it off-broadway in Richmond, when I was in college, and later Kathy and I saw the show on-Broadway when we were living in Connecticut. We listened to the London cast CD, over and over, those first years of our marriage. When we finally saw the musical in New York, we sat in the sixth row and could actually feel the spray of Jean Valjean’s spittle when he knelt on the edge of the stage and sang (OK, it sounds gross, but it was really cool at the time, to be so close). 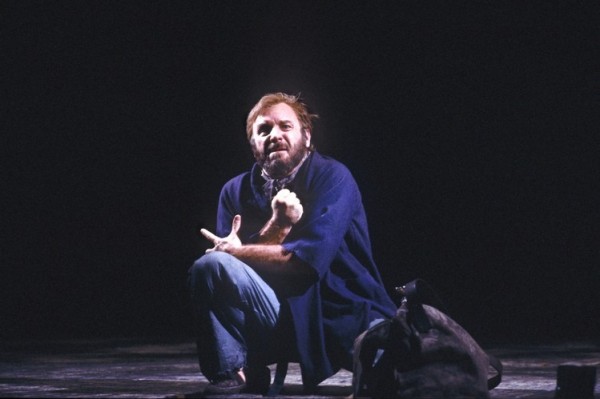 Possibly the actual Jean Valjean we saw, albeit younger.

There is just something really special about sitting so close to the stage, for a show like Les Miserables. I think we really were about as close as that 1985 picture suggests. 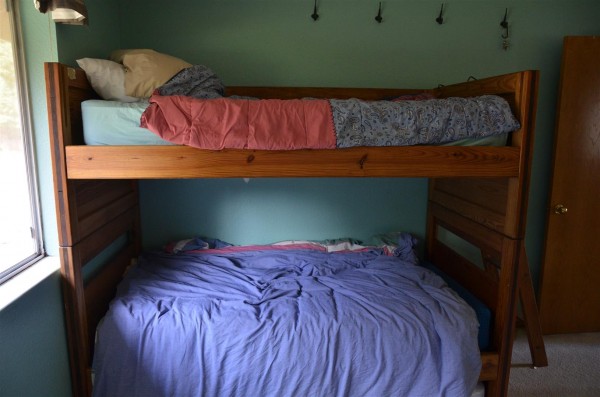 At one point in the story (spoiler alert!) young Marius survives a violent clash between the revolutionaries and the government, in which every one of his rabble-rousing student friends are brutally killed by soldiers. Returning to the cafe where they used to gather, he sings a poignant song about their loss:

Here they talked of revolution
Here it was they lit the flame
Here they sang about tomorrow
And tomorrow never came.

From the table in the corner
They could see a world reborn
And they rose with voices ringing
I can hear them now!
The very words that they had sung
Became their last communion
On the lonely barricade …
At dawn.

With the older three gone off to college, and David vacationing with his friend, Marshall, in California, we have a lot of empty bedrooms around here. This morning, as I stood at the top of the stairs, two of the three kids bedrooms were pointedly empty. It feels so strange for our large, noisy family to dwindle away. I wonder what it will be like, when they are all gone? 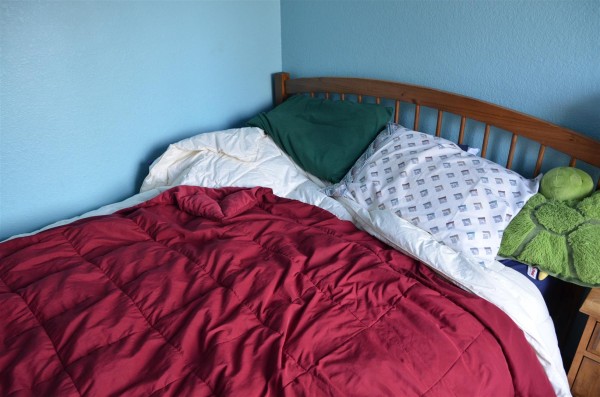 With David away, even the coveted front corner bedroom stands empty …

One of my favorite Christian musicians, back in the 80′s, was Wayne Watson. He wrote a song entitled Watercolor Ponies, exploring the bittersweet paradox of parents wanting their children to ‘soar up with wings as eagles’, yet at the same time, wishing they could stay small. At the time, I hadn’t met Kathy, had no children — who knew I would all-too-soon understand what he was singing about? The third verse of the song expresses this:

But, baby, what will we do
When it comes back to me an you?
They look a little less
Like little boys every day
Oh, the pleasure of watching
The children growing
Is mixed with a bitter cup
Of knowing the watercolor ponies
Will one day ride away … 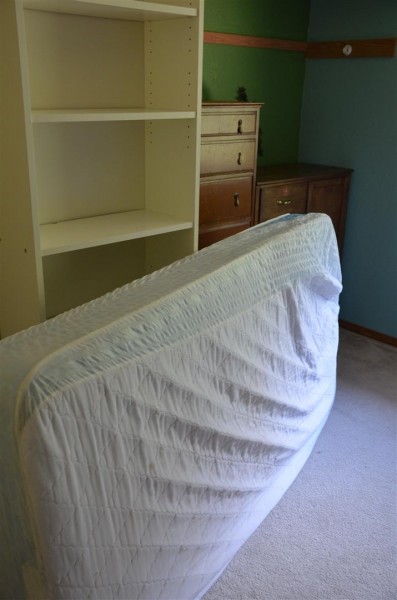 OK, so maybe there is a reason some of the beds are empty — maybe if we laid them flat, the kids would stay.

We still have four solid years left with David, and five with Sarah, until their ponies also ride away. I guess we should make the most of those years, and do our best to stay in contact with the older ones. Considering I talked on the phone with Rachel and Daniel just today, and with Joshua on Tuesday, perhaps we aren’t doing so badly.

Too Much Coffee
A Household of Men
No More Bloggy Hiatus