So much to do this week. Any time? Enough time? 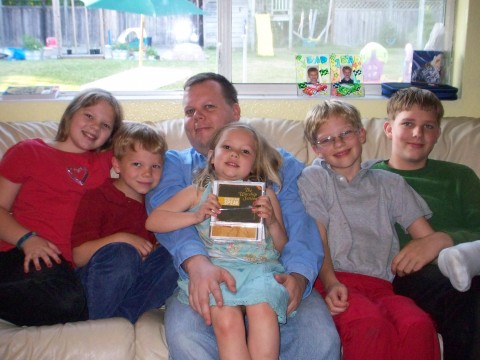 Tim and kiddos in a random picture. Look closely to see Father’s Day photos and frames from David and Daniel on the window sill.

Joshua came home safely from an outing with his Middle School small group. He said it was like part birthday party and part working party. They put in around 5 hours or raking, digging and grounds maintenance for a camp out in the country. They spent the night and had a church service out on the amphitheater (in the rain). One of the boys is from Texas. Poor kid! Joshua said he doesn’t think he’s really meant for this western WA weather. Ha!

I can’t believe I forgot to grab my camera. I would have loved to have snapped a few pictures of the (tired and rather soggy looking) boys as they exited the church van. Although it might have been the leaders who looked the most exhausted.

Rachel and I did some shopping. Got all sorts of great deals. It’s always fun to be out with Rachel.

Cleaned and worked on the house (only don’t come by right now as it’s messy again).

Tim and Joshua went to the Concert of Prayer at church this evening. Since I had been out all afternoon running errands and picking up Joshua (who was late) and because I have a HUGE to do list, I decided to stay home. I did get some work accomplished but not as much as I hoped.

After the men/young men folk returned, we celebrated an early Father’s Day. 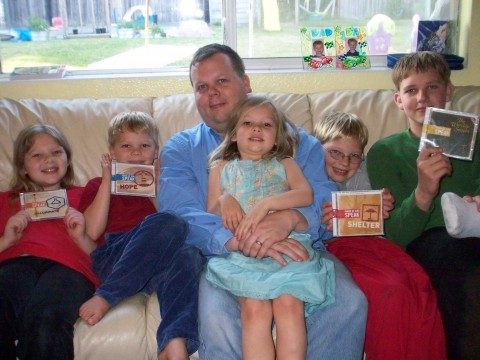 Yes, we did go with a “theme” this year for our Father’s Day presents.