We spent a portion of our morning with poultry today.

Yep, chickens and turkeys. You didn’t think I was talking about cowards, did you?

Oh, there were some other animals as well. Rabbits, goats and sheep. The pigs were especially entertaining. 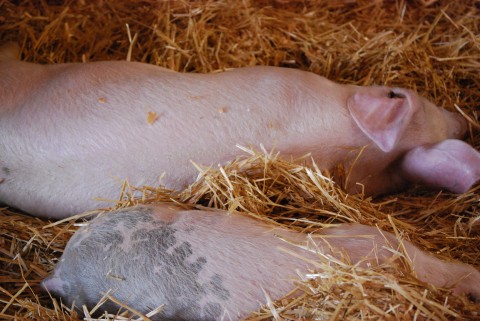 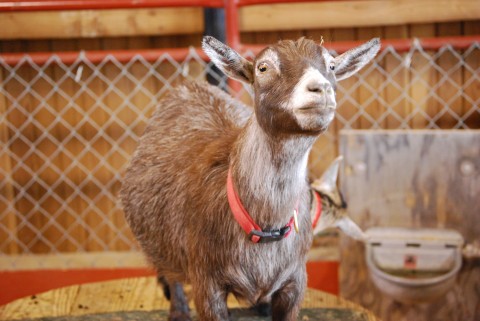 I think this guy was eye-balling me.

The nearby fair offers educational tours for free. Yes, I said FREE! You know we were there. Of course, by the time you pay for gas and a McDonald’s lunch afterward (that’s what happens when you sleep in and don’t get up early enough to pack lunch) it’s not exactly a free outing.

Still, it was educational and enjoyable. We had our own private tour guide and three exhibits to explore (including the petting area). This year’s theme was poultry and farming. 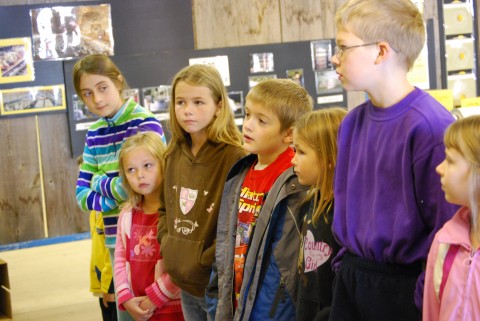 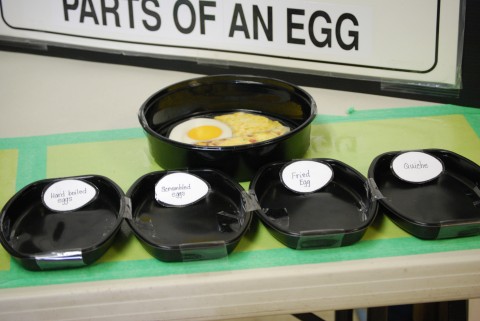 As always, having friends along turned an ordinary outing into a fun adventure. 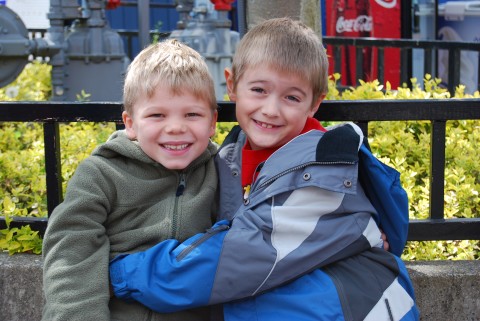 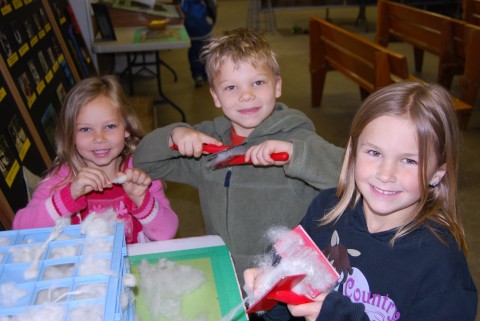 Bacon and Eggs, anyone? Maybe it’s time for a good shearing.

Please accept these simple words in place of a bouquet of gorgeous flowers. Alongside the flowers is a beautiful, hand made Mother’s Day card. This post is that card.

I love you both! 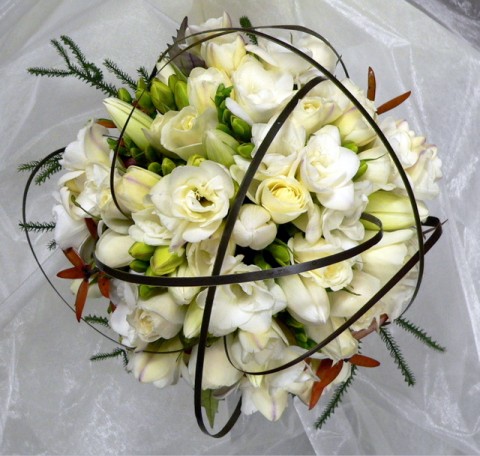 You are an amazing mother. In so many ways you are truly my hero and inspiration. Any bit of patient, sweet, loving mothering that flows from me comes from your example. You modeled for me a vibrant, living walk with the Lord – leaning on Him for joy in your marriage, wisdom in your parenting, and strength in your struggles. You showed me mothers and daughters can enjoy a sweet friendship. Thank you for supporting and encouraging me through all the different stages of my life. If ever I am lonely or sad or feel unloved and unlovable, I need only hear your voice to feel comforted. I have never doubted your love for me or your faith in me. You have steadfastly communicated to me acceptance and belief. You told me I was beautiful, smart, godly, strong. And you meant it.

My greatest hope is that I can share the same love with my own children. Happy Mother’s Day!

Thank you for raising such a godly man. I am incredibly blessed to be his wife and a part of your family. From the very beginning of our relationship, I have felt welcomed and loved as a daughter. You have a gift of making people feel special and accepted. You inspire me with your passion and energy. I see your love for the Lord deepen every year and I praise Him for giving me such a godly mother-in-law. Thank you for constantly turning the ordinary into something special – a family dinner into an event, a cup of tea into a tea party, a casual gesture into a meaningful present.

You have shown me it is possible to love a daughter-in-law as a true daughter. As a mother of three sons, your example gives me hope of a joyful friendship in the future with my own daughters-in-law. 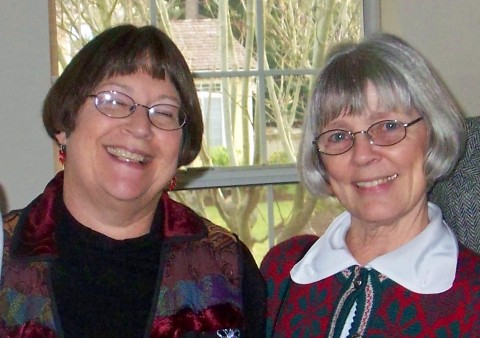 Kathy’s been watching Dave Ramsey’s Financial Peace DVD series, trying to see if it is something she could teach to the high school kids in our Homeschool Co-op next Fall. I happened to pass through the kitchen in my never-ending quest for sustenance. 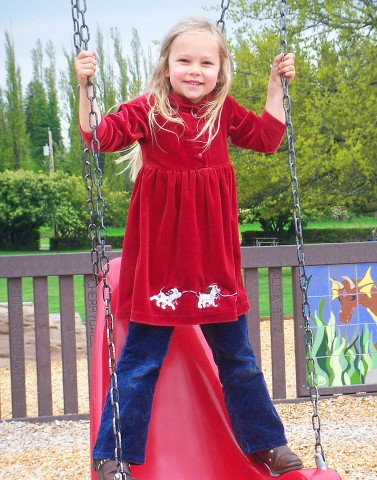 Sarah demonstrates a controversial new swing technique at the park.

“Hey, who’s the bald guy with the scissors and the Visa™ card?” I asked.

No husband likes to be shushed, and immediately I bristled. Why is it that I find it irritating, that my wife thinks highly of some random bald guy who gives good financial advice? I don’t think I’m alone in this. I was talking about budgets the other day with one of the guys I know, and Dave Ramsey’s name came up.

“Oh, him,” my friend sneered, loathing in his voice. “I’m so sick of hearing about that guy. It’s ‘Dave Ramsey this’ and ‘Dave Ramsey that’ at my house, 24 x 7.” Maybe we could put together a support group: “Husbands Annoyed by Dave Ramsey”. Obviously the acronym needs some work. 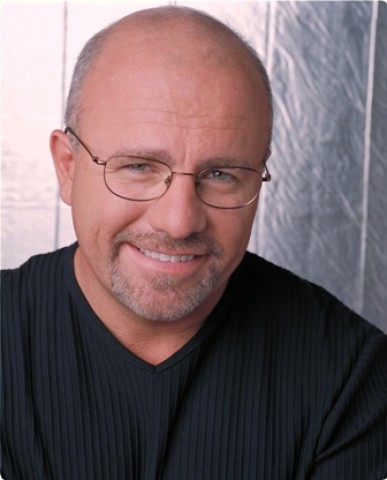 I sat down on a kitchen stool and watched a few minutes of the video. Dave’s actually funny and engaging — I can see why people like him. Still, as a husband, I would prefer that my wife seek financial advice from, well, me. After all, I’ve got a receding hair line, and I own a pair of scissors and several Visa™ cards.

Dave spent about 10 minutes talking about how people without an emergency fund get into credit card debt … it was rather chilling to hear the familiar scenario spun out:

You get the credit card offer in the mail, and so you sign up for it and put it in your wallet, assuring yourself that it is ‘just in case of an emergency’. A few weeks later you go out to drive to work, and the car won’t start — turns out it needs a new alternator. Since you don’t have the $322 set aside, you put it on the card — after all, you need the car to get to work — it is an emergency.

At the end of the summer, your kids come in with pants that end just below the knees, and you realize they’ll need new clothes for school. (Dave uses some fun physical humor on this one.) You don’t have money set aside for this — you’re shocked that the kids actually grew over the summer, so you put another $180 on the card for school clothes. After all, it is an emergency.

At the end of November you suddenly realize that Christmas is right around the corner, and (since you don’t have any money set aside) you rush out and buy toys for the kiddies. By this time Dave’s tone is openly mocking: “since it is such a shock that Christmas is on December 25, again. After all … (Dave pauses theatrically) … it is an emergency.”

In January you discover that you owe more than $1000 on the Visa™ card at a high rate of interest, and so the debt slavery begins.

The first thing we did when we started to budget at the beginning of April was to set aside $1000 as an emergency fund. Although we haven’t needed it so far, it has been very freeing to have this fund as a buffer against the ‘need’ to use credit. The emergency fund seems to be at the core of Ramsey’s advice for regaining freedom from debt. 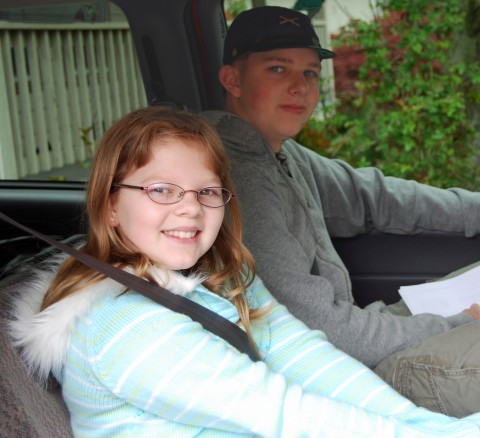 These Norway-bound kids are lucky we bought their tickets last winter, before the budget went into effect.

Now we’re in the happy position of deciding whether to use some extra money to pay down our debts or save for our roof, which may not be as urgent as we feared. As I wrote in this recent post, expenses have tended to be less than we expected, which is one more delightful way that God is taking care of us.

As a husband, I want to be the focus of my wife’s respect. I want her to look to me for leadership and for competence in all things (well, except for things requiring skill as a handyman). I guess my resentment against Ramsey is somewhat misplaced — I need to get my act together in the financial realm, so that my advice could be sought and I would be honored by those who know me well, as one who stewards his wealth in a godly manner. 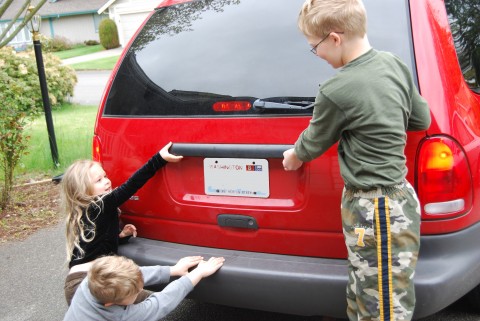 Daniel, David and Sarah try to stop their siblings from leaving …

I set up the thermometer on the sidebar to show how we’re doing in terms of reducing our credit card debt. We’re determined not to go into debt any further, and to focus on paying the existing debt down as aggressively as we can — watch that sidebar graphic for monthly updates.

Tonight Kathy was scanning airline prices to San Antonio. She had a long talk with her parents this evening, and her Dad was tempting her. “How ’bout using that tax rebate to go to Texas this summer?”, he wheedled. Many summers we have vacationed in West Texas with Kathy’s folks, and it is killing my wife, not to have plans already in motion to go this year.

“$224 per person, that’s a steal,” she chortled. “You should buy those tickets tonight, it’ll save you hundreds of dollars!”

“No, going to Fort Clark this summer will cost me hundreds of dollars, not save me anything,” I countered. “Dave Ramsey would say that we should pay off our debt first, you know.” I thoroughly enjoyed this turnabout in Ramsey name-dropping.

“I don’t want to hear about Dave Ramsey,” Kathy shouted, sticking her fingers in her ears. “La-La-La-La, I’m not listening!” She always is very rational and reasonable when we have these little discussions about finances.

Admittedly, it is less than half of what I thought it would cost … and I’m tempted. Maybe I could earn some extra money in side work, and we could go … ?

Heisann – that may or may not mean something in Norwegian. Either way we are very glad relieved to hear from Rachel and Joshua. They arrived safe and sound in Norway in the afternoon our time (which was late in the night for them) and will now begin the next phase of their World Travel Adventures. 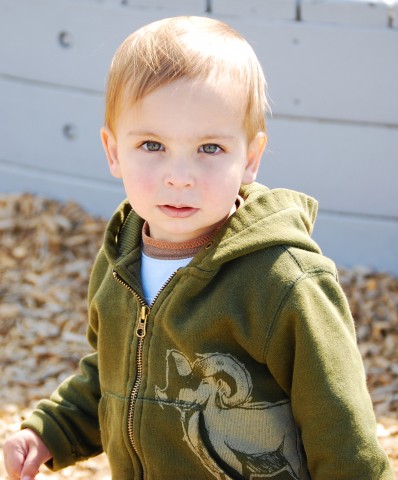 This little guy joined us at the park today but would NOT smile for the camera.

Back at home in Washington, we try to keep ourselves occupied with school, play dates and chocolate. I made a double batch of chocolate crinkle dough this morning. It’s sitting in the fridge, all ready to be made into delicious cookies. I’m sure that will help take our minds off our beloved missing children.

Can you hear Daniel sniffling and crying in the background at the thought of his older siblings? Or maybe it’s chuckling and snorting. Let’s not listen too closely. 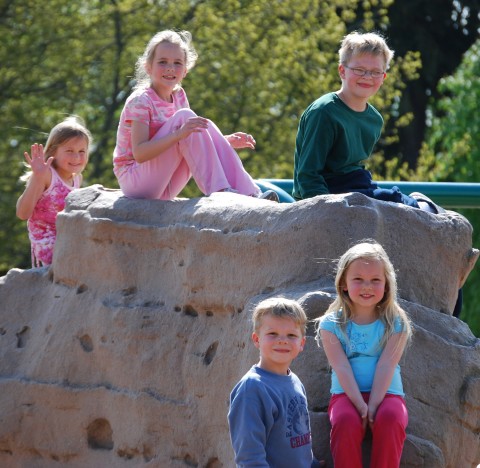 There were a couple more kids included in our park outing but they were off playing and didn’t have time to be photographed. Too busy for a photo shoot? Shameful!

Thank you for praying for our two precious traveling babies children.

Tim and I are eager to hear from our intrepid travelers. Our prayers and thoughts are with them as they arrive in Norway today.

At least we hope they have made it safely through Germany and are on to Norway. We’ll know for certain if they ever email to tell us they are safe. 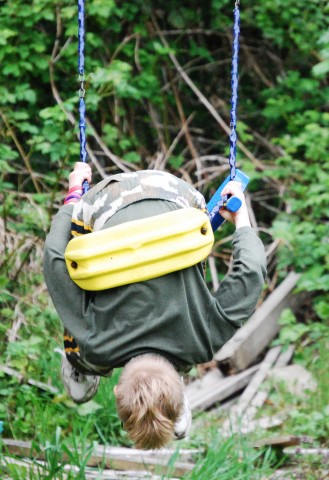 Daniel can’t hold still, he’s so concerned about his brother and sister.

That’s the problem with sending children off on whirl wind adventures, they are too busy experiencing new sights and sounds to connect with the family back at home.

Not that I am fussing.

Or revving up the Guilt Trip Machine.

Nope, I’m having fun imagining the excitement mingled with jet lag fatigue that is surely distracting Joshua and Rachel.

As for us left behind in WA, this is how we are drowning our sorrows. Good old fashioned ice cream therapy. 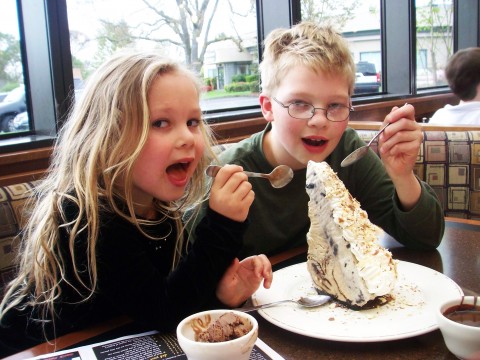 I hope the children aren’t gone too long or we’ll all gain 10 pounds in their absence.

Too Much Coffee
WFMW - Computer Game Chips
A Kitten for Sarah