On Wednesday the sun was shining and the day was warm. With tickets in our hands and lunches packed, we set off for the fair.

Two days of school was enough for us. 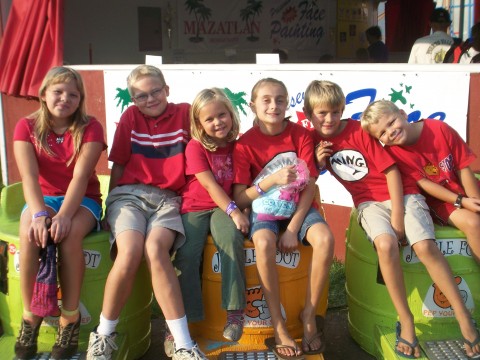 Homeschooling in Washington is pretty straightforward. Each year, you have to register a ‘Declaration of Intent’ with the school district wherever you live, and you have to test your children with one of the national standardized tests, like the Iowa or the CAT-5 once they turn eight. Since some people (we won’t mention names) forget to register, our district gives free passes to the Puyallup Fair for each child, and one ‘educator’ pass, when you file your ‘Declaration of Intent’. No doubt, they figure, homeschoolers will benefit from the many and varied educational exhibits, showcasing the area’s finest animal and horticultural offerings.

The truth is, homeschooling is very demanding. There’s only so much you can accomplish in one week. With testing on Thursday, the fair on Wednesday, and co-op on Friday, we had a somewhat abbreviated first week of school.

It’s been raining since Wednesday, so I can’t be too sorry that we spent the afternoon outside, enjoying the day. Fall in Washington features many clear and crisp days, but the weather can also be cool and rainy. When we first moved to the beautiful northwest, my parents came for a visit.

It rained the entire time they were here. Literally. It never let up. They didn’t believe we had one mountain much less a whole range of them.

But I digress. It’s obviously been a while since I blogged; I’ve forgotten how to compose my thoughts into a cohesive paragraph. Perhaps I should spend a little more time homeschooling and a little less time at the fair.

Being the evil budget-minded parent that I am, I ruthlessly charged the children for their ride passes. For $25 they could purchase a “Dizzy Pass” that allowed free reign of the fair (except for one of two of the pricier activities) and $3 of game tokens to squander. We arrived at the fair around 11:45 am and visited as many rides as we could before rushing home at 5:30 pm for church. 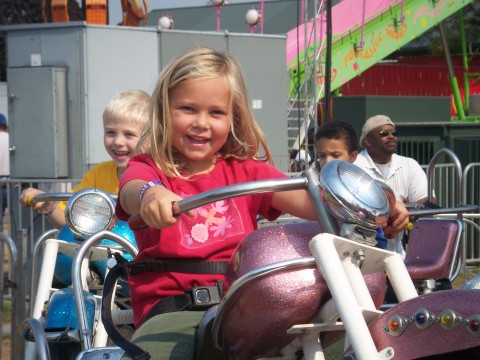 Sarah had an absolute blast in Sillyville.

Joshua had plans to go to the fair the following day, so he did not grace us with his company.

“Josh,” I wheedled, “you could come to the fair with us and still go on Thursday.”

“Why?” he asked suspiciously.

“Um, to help me watch the little kids.”

At the fair last year we discovered that Joshua doesn’t really have a taste for any ride involving actual motion, especially the Ferris Wheel. He spent most of the day exploring and waving from the ground while the rest of us rode roller coasters and horrible spinning attractions.

“So basically you want me to come and be a Fair Baby Sitter?”

“Is that a trick question?” I couldn’t believe the prospect of standing in lines (for attractions he wouldn’t ride) with his brothers and sisters didn’t appeal. 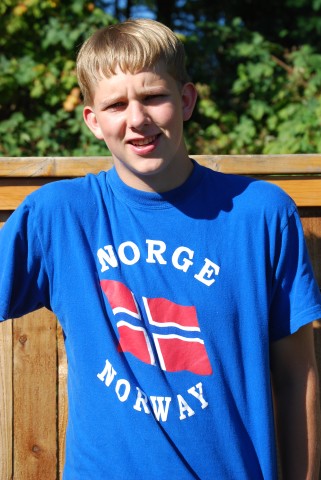 These teenagers are so cynical.

“Joshua,” Rachel jumped on the idea, “you definitely need to come with us. That way Mom can hang out with the little kids and you can go with me to all the exciting rides.”

“So, let me get this straight. I won’t go on any of the rides, I’ll just be there to watch you?”

Rachel was undaunted by his logic and acerbic tone. “You can go on the rides if you want to.”

“Then you could just come and be with me.”

“But I don’t want to.” Joshua’s waves of resistance crashed uselessly on the Gibraltar-like rock of Rachel’s hopeful self-interest.

This conversation went on for some time until Joshua finally wandered off to do some school. He’s the only one of the bunch who’s actually concerned about this whole homeschooling thing, possibly because he’s the only one who has actually read the schedule for the year. Rachel and I admitted defeat and started packing lunches.

When we came home late that night, David rushed to tell Joshua all about his time at the fair. 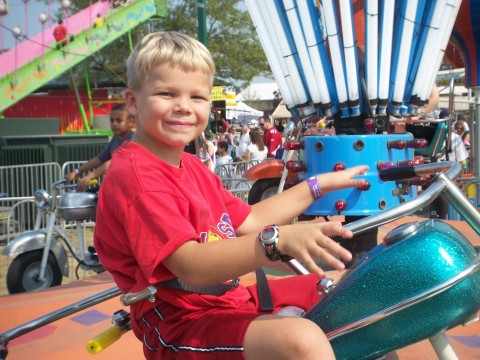 This was one of the gentler rides of the day.

“And I rode the Wild Cat and the Big Slide and the Swings of Death and I wasn’t scared at all!”

“Cool,” Joshua remarked admiringly, “did you see any animals?”

“There are animals at the fair?” David looked puzzled.

Joshua pushed his brother down on the couch in disgust (an appropriate response in such a situation I guess) and looked at me sadly.

“Mom, you didn’t go and visit any animals the entire day?”

“Animals? There were some spinning bears in the kiddie section.”

“No, I mean the live animals. The rodeo, draft horses, stuff like that.”

At my blank look, he continued. “Weren’t they featuring Animals of the World and a Piglet Palace this year? I bet the little kids would have loved to have seen the Wild Monkey Show.”

“Joshua,” I mumbled, “let’s keep this whole ‘fair animal thing’ to ourselves. Okay? We don’t want to spoil things for David and Sarah.”

I just hope the school district doesn’t call and demand we refund the price of the ‘educator’ ticket.

10 thoughts on “Are There Animals at the Fair?”