One of the things God hates is â€˜lying scalesâ€™, and I can begin to see why.

The LORD abhors dishonest scales, but accurate weights are his delight. â€“ Proverbs 11:1

… or again, a few chapters later:

The LORD detests differing weights, and dishonest scales do not please him. â€“ Proverbs 20:23

Back in November, I began a weight-loss plan, with the goal of losing 28 pounds by May 20. Enjoying some early success (and a little discouragement), I managed to stay â€˜below the lineâ€™ on my goal graph for the first three months or so.

Stepping onto the scale Wednesday morning, my toes curled as I tried to brace myself for the worst. Iâ€™ve thrown caution to the winds the last two or three weeks, enjoying large portions and lots of sweets with wild abandon, as Kathyâ€™s folks were in town. I stopped recording my calories and my visits to the local YMCA faded into hazy memory.

So much for being ‘below the line’.

In spite of this mental preparation, I was dismayed to see the numbers: 225.4. Yikes! Up more than two pounds in just a week!

I stepped off, restarted the scale, and stepped on again: 225.6.

The numbers were not moving in the direction I had hoped.

Now, with a 2.2 pound weight gain since last week, I have no choice but to return to a more disciplined approach to eating.

It is sometimes strange to me that discipline appears to be a zero-sum-game, in my life. When I exert self-discipline in one area (like my finances), I seem less willing to simultaneously exert myself in another area (e.g. weight-loss). Keeping all the areas of my life in order often seems as futile as that old arcade favorite, Whack-A-Mole. 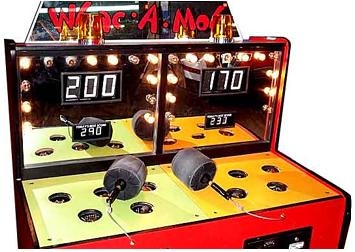 It is a remarkably satisfying game, perhaps because so many of us fail in real life.

In general, successful discipline in one area of life is transferable to another, so maybe the problem is my flesh, pathetically using the excuse that it is â€˜wearyâ€™ of self-control. Let’s not look too closely at that, shall we? 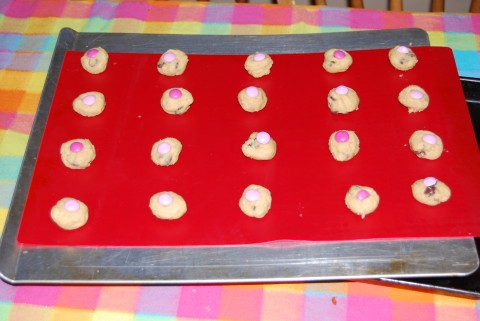 Naturally, at a time when I am struggling, Kathy makes Chocolate Chip Cookies.

When I began this weight-loss program, I very much wanted to succeed, and so I asked for people who would pray at least 4 times a week, that I would actually exercise some discipline and lose weight. I try not to be delusional; there is no particular reason that I should be successful in losing weight after all these years of being, er, fat. 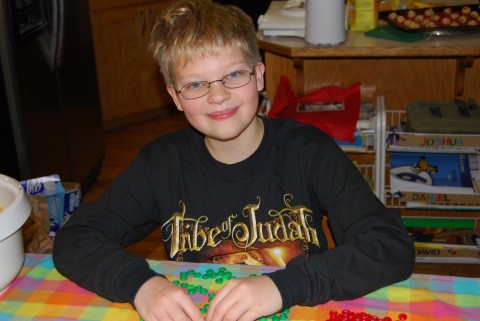 Not wanting people to know she used old, Christmas M&M’s, Kathy had Daniel sort out all the green ones.

In exchange for their prayers, I promised to pray for those folks every day (with one day off each week). For the most part, I have nearly kept that promise, specifically praying for those ten people, five days a week. So if you are one of those who promised to pray for me and have slacked off, please be reminded: I desperately need your prayers to succeed at this.

7 thoughts on “You Can’t Hide Your Lying Scales”