Several times a year, our church’s food bank is permitted to collect food at a local grocery store. Families sign up for shifts, and we stand (carefully not blocking) at each of the entrances to the store, asking the shoppers for food donations.

After a while, we develop attention-grabbing lines: “Would you like to shop for our local food bank?” is my favorite. It smoothly avoids confronting people with an unwelcome request (like asking them for their money) and handles a key objection. After all, pretty much anyone who is at the store, is there to shop. Also, many people are cool to the idea of supporting some faceless, distant organization, and are reassured by the fact that our food bank is only a few miles away.

I really dislike being accosted by people trying to sell me things. 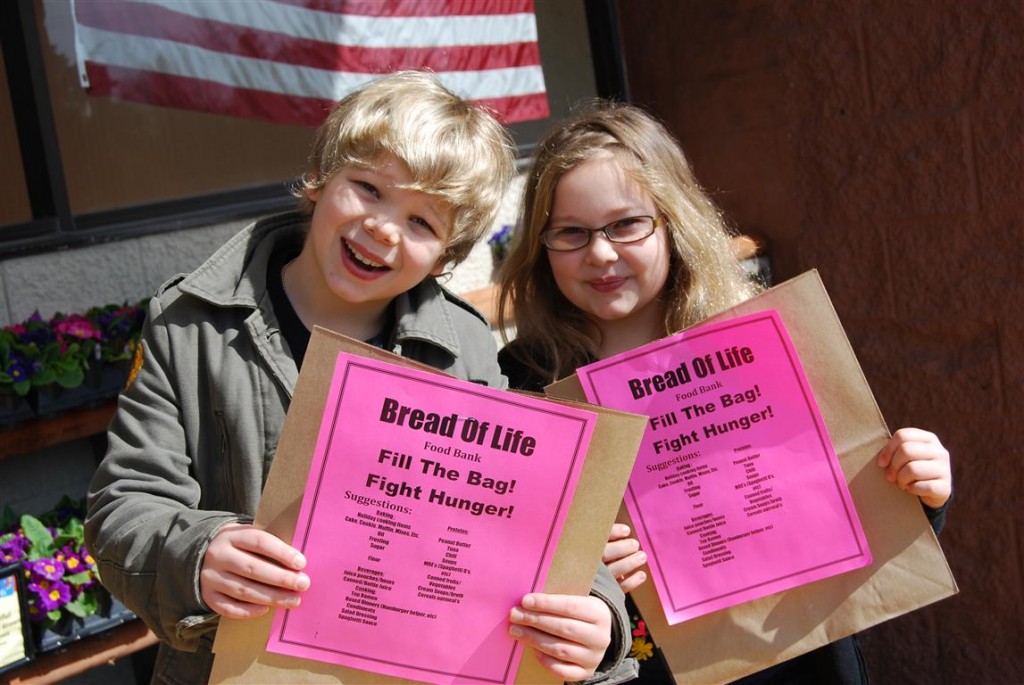 Would you buy a used car from these two?

A few years ago, our food bank director asked me to sign up to serve a stint as a volunteer. I cringed inside, wildly casting about for an excuse not to serve. How could I justify harassing other people in a way that I personally despise? Before I knew it, Kathy had signed up our whole family, and I was committed. I braced myself for misery, and reported to the store on that cold, November day.

After only a few minutes of being rejected by grumpy people, I began to feel a little self-conscious about the negative reaction my presence seemed to provoke. Some, when they saw us with our Food Bank signs and paper bags, would angle across to the other side of the parking lot, hoping to find an unguarded door. (Imagine their dismay when they found another detachment at the opposite door!) Others tried the ‘fake cell-phone call’ trick, hastily fumbling-out their phones as they approached the door, pretending to have a conversation with an imaginary friend. Still others would seek to avoid eye contact, while the more practiced simply held out a hand to stop us in mid-spiel. Some even breezily assured us, “No, I’m good!”, as if our only concern was for their welfare.

I think the first half-hour I stood outside the store, not a single person responded favorably.

I eventually concluded that it wasn’t helpful to have expectations of ‘success’ in a material way. I realized we were not there to generate donations of food, or to get good value for our time. After all, by the time I spent an hour or two standing in front of the store with my whole family, I’d probably spent at least $100 worth of time, with no guarantee of generating that much in donations. From the perspective of maximizing utility, both I and the food bank would be better off if I simply made a $50 donation and skipped the whole thing. 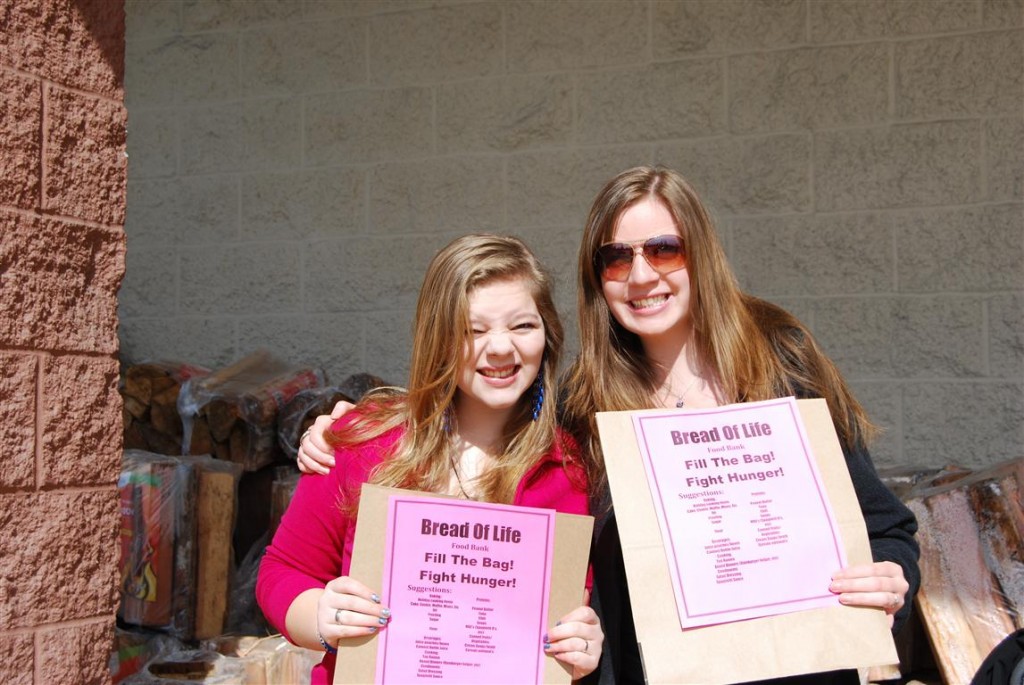 Rachel's friend Jenny B. graciously joined us as a food bank volunteer.

I have decided that my main purpose, standing outside the grocery store, is to offer each person an opportunity to be generous to those who are in need. I think that God is pleased with us when we concern ourselves with the poor and those in need, and if I can get even one person to open their heart enough to buy a single can of green beans, then I have gained some significant spiritual ground in a world full of hard hearts.

Don’t get me wrong — I understand that people are bombarded constantly with requests for their money, and that some of those who turned me down really had given generously elsewhere. Others were a bit more laughable, like the lady who tried to tell me that she was excused from any need to donate to the needs of the poor because she had once brought plastic forks to an office party. These were sharply contrasted by the young man who came only to buy an iced tea, but donated a large bag of groceries, or the older lady in faded clothing who gave five large bags and carried only two small bags away.

I find that when I think of myself as offering an opportunity of compassion from God, it helps me to look more favorably on those who turn me down. “You said ‘No’ today, but maybe next time you’ll say ‘Yes’ to God,” I think to myself. It helps me to smile and thank them for giving me their attention, even briefly. We compassion wranglers can afford to take the long view.

This time we were only needed for a one-hour stint, and the time passed very pleasantly, with warm and sunny weather. David and Sarah charmed the old ladies, and Rachel and Jenny charmed the young men.

Since the Johnson family (with their disgustingly-cute six kids) were posted at the other door, I was determined to out-do them. After all, where’s the fun in community service if it can’t be twisted into a competition, where there is a clear winner (and a loser)? From time to time I would compare scores, and taunt them with our superiority.

By the time the Johnson clan was slinking back to their van, tails between their legs, we had beaten them decisively, twenty bags to six. Oh, sure, they tried to claim that their $121 in cash donations was superior to our $16, but anyone could tell that Peter had probably ‘stacked the deck’ with his own cash donation, as if that counted. “Maybe you won their wallets,” I told them, “but we won their hearts.”

Peter countered with an allusion to the story of Cain and Abel’s offering. “Hey, well, I’m sure God will just love your grain and vegetable offerings. But I’m thinking He might prefer the savory meat that we can buy with our money.”

Now I remember why I don’t cross swords with Peter in verbal battles.

Family Photo
Whenever He Returns
A Kitten for Sarah

3 thoughts on “Wranglers of Compassion”