We went out to dinner to celebrate Daniel’s new job at our favorite Thai restaurant about 20 minutes away. It is well worth the drive — they make the best Panang Beef, Cashew Chicken, Phad See Ew, and Phad Thai in the area (our favorite dishes). As an added bonus, they make delicious fresh spring rolls (which Kathy really enjoys).

Kathy, David, Sarah and I had speculated at some length as to whether Daniel would prefer to have dinner at Chili Thai or Red Robin, but in the end we all agreed that he would choose Chili Thai (and of course, he fully realized our expectations). However, as so often happens, this simply raised another question: what would Daniel order? 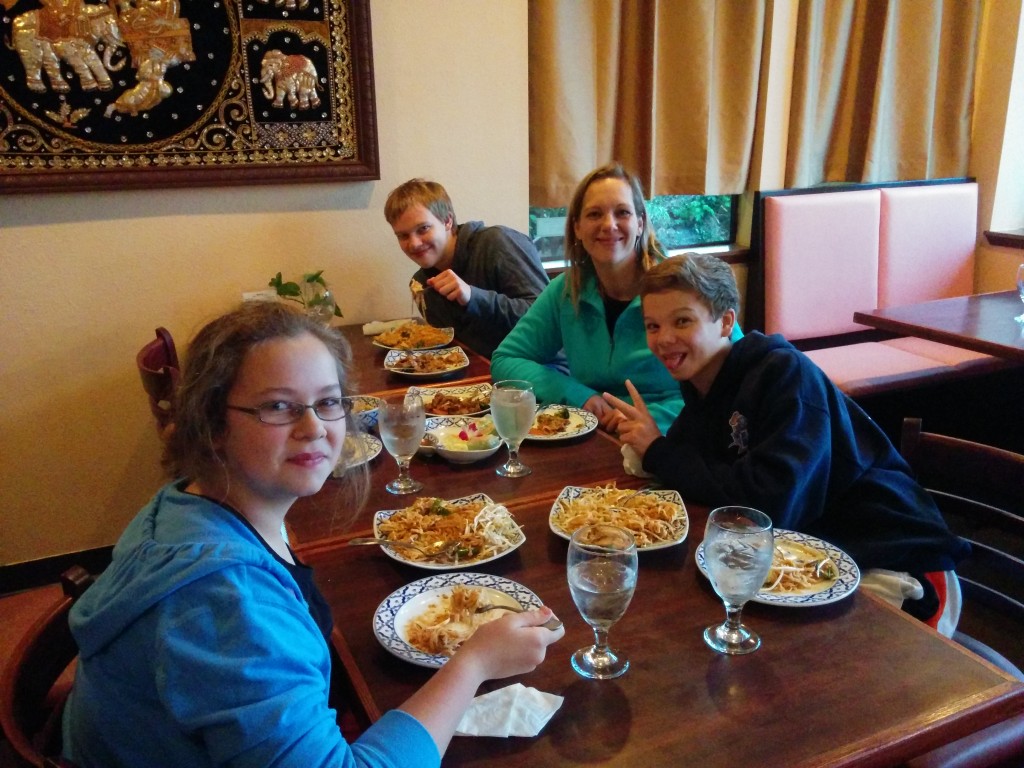 It is always fun to celebrate the blessings that God brings into our lives, especially at Chili Thai.

Traditionally, Daniel prefers Phad See Ew, with its broad noodles and sweet, smoky flavor. But ever since he traveled to Thailand last summer, he has been favoring Phad Thai. Sure enough, when we got to the restaurant, he was very conflicted.

“Should I order the Phad See Ew, or the Phad Thai?” he agonized, an expression of real pain on his face. Clearly, the idea of not having one of the two was very distressing to him.

“One or the other,” I reproved. “I’m only paying for one.” My generosity has its limits, after all.

Ultimately Daniel decided to go with the Phad See Ew, and hoped to trade with David and Sarah (who invariably set their faces like flint against anything that is not Phad Thai).

But when our meal arrived, we were shocked and surprised (and somewhat delighted) to receive an extra plate of Phad Thai. The waiter apologized and began to take it away, but I can recognize serendipity when I see it. Sometimes the hand of God moves, and it seemed obvious to me that God wanted to honor Daniel with an extra order of Phad Thai.

Daniel had already shared some of his Phad See Ew with everyone at the table, so I don’t think any of us begrudged him the extra helping. I can imagine God chuckling to Himself, and nudging one of the angels. “Just wait ’til you see his face, when he realizes he doesn’t have to choose between Phad Thai and Phad See Ew.” 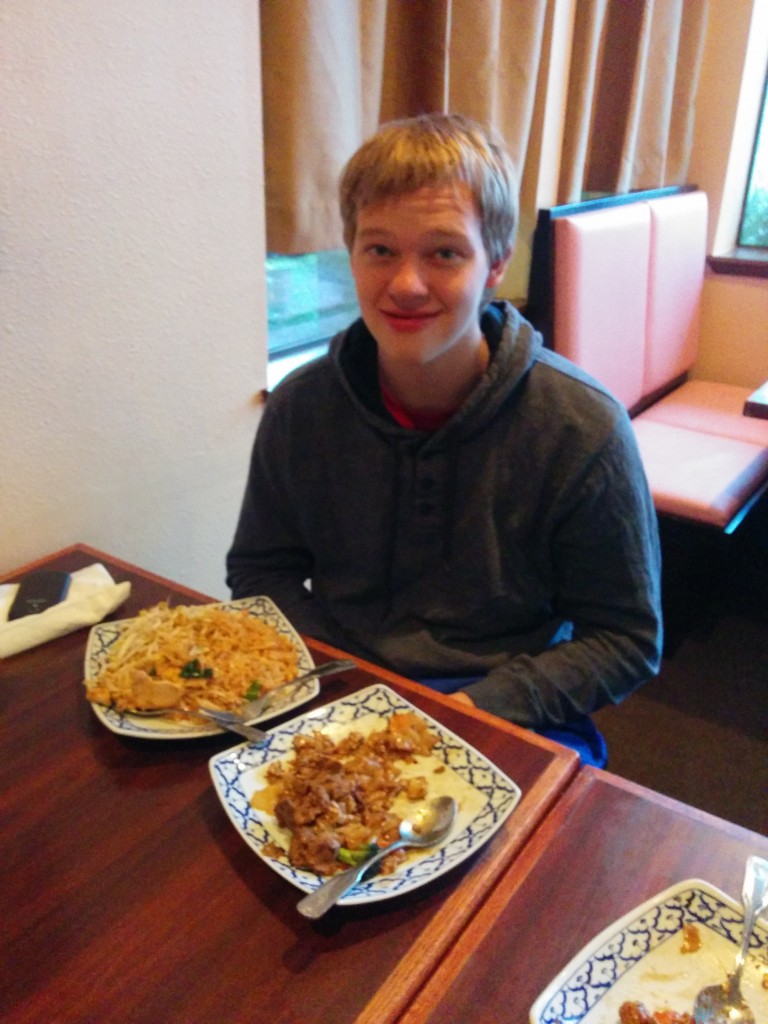 Sometimes the best way to make a choice between two good options is to choose both.

I did end up paying for the extra order, but I don’t begrudge the restaurant or picking up the tab for God’s generosity to Daniel. God has certainly picked up the tab for me, many times more than once.

Congratulations on the new job, Daniel!