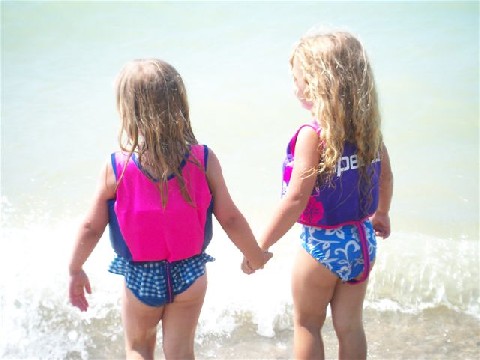 Heading into the water.

Yesterday the wind blew across the lake and produced some nice waves for our swimmers. Sarah and Aydia discovered the thrill of jumping into the waves. They played and played and laughed hysterically in the â€œbig waves.â€ I think they went almost 3 feet into the lake, holding hands the entire time. 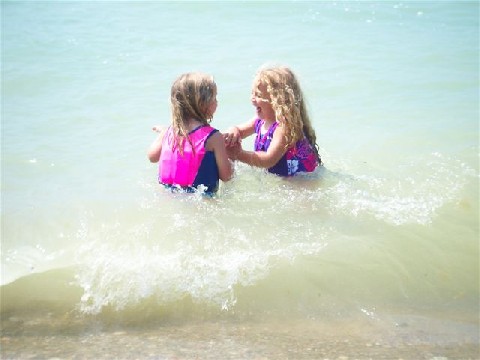 Sarah and Aydia hit the waves.

Aydia, probably one of the most expressive 4 year olds Iâ€™ve ever met, told me:

â€œAunt Kathy, today was the funnest day ever! Me and Sarah played in the waves and screamed and screamed.â€ 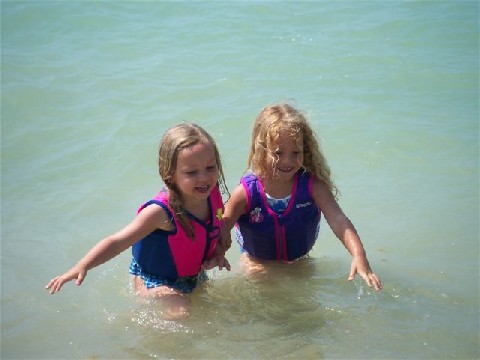 Ah, to be four and enjoy the â€œfunnest day ever.â€ Sounds good to me.

Aslan's Country
Gotta Tell Somebody
Tuesday Tips for Parenting - Throw Out Your TV!