Sarah and I got a call from Tim and Daniel this afternoon.

Tim: “We’re looking for the Sequoia National Park. We don’t have good coverage, so can you look it up online and tell us where to go?”

Me: “Wait, where are you? I thought you’re taking Daniel to school.”

Tim: “There’s time for that later. We’re driving away from the coast now. That’s why I’m calling you. Help us out.”

Tim: “We want to see big trees. Something impressive, but we only have a few hours, so we’re not too picky.”

LOL! No problem. I’ll get right on it. 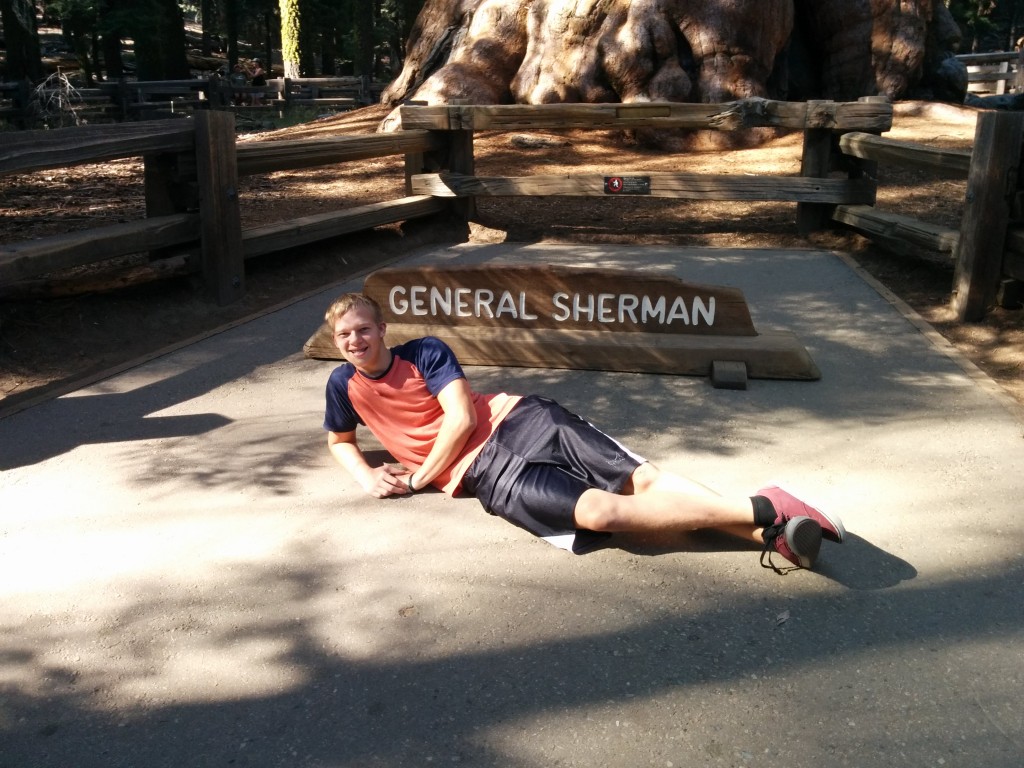 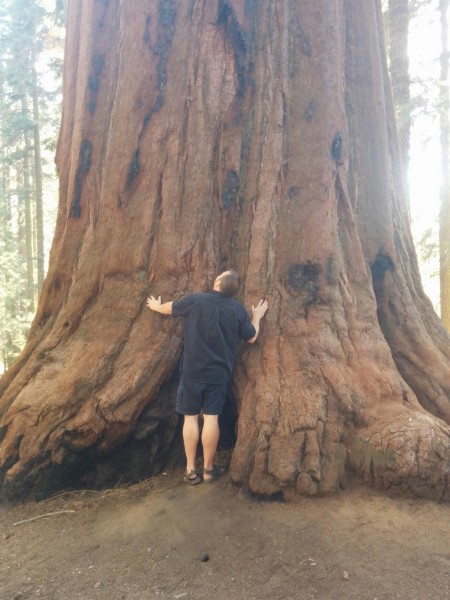 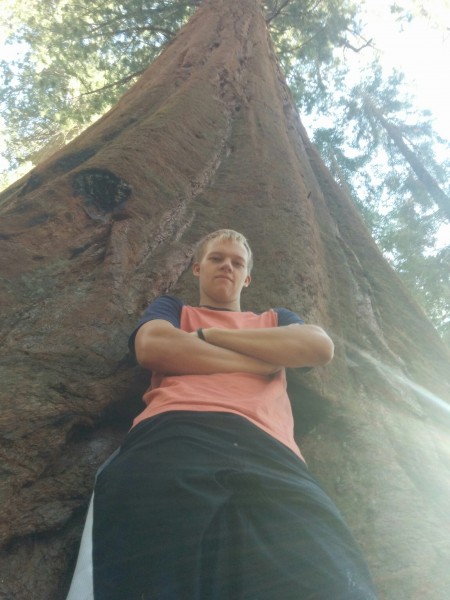 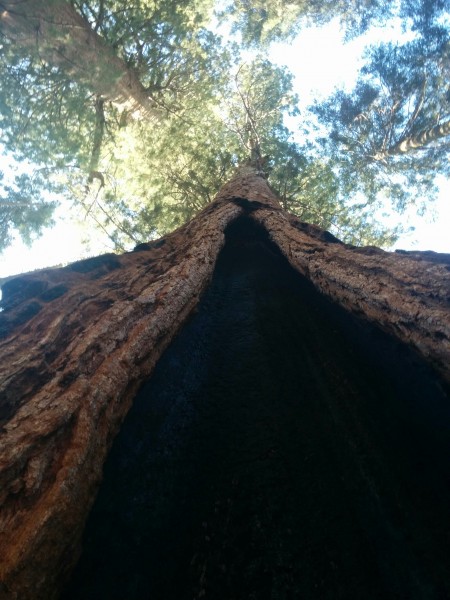 As Tim says, there’s just no way that a picture can really do justice to these amazing sights.

Daniel – you are heading for greatness! 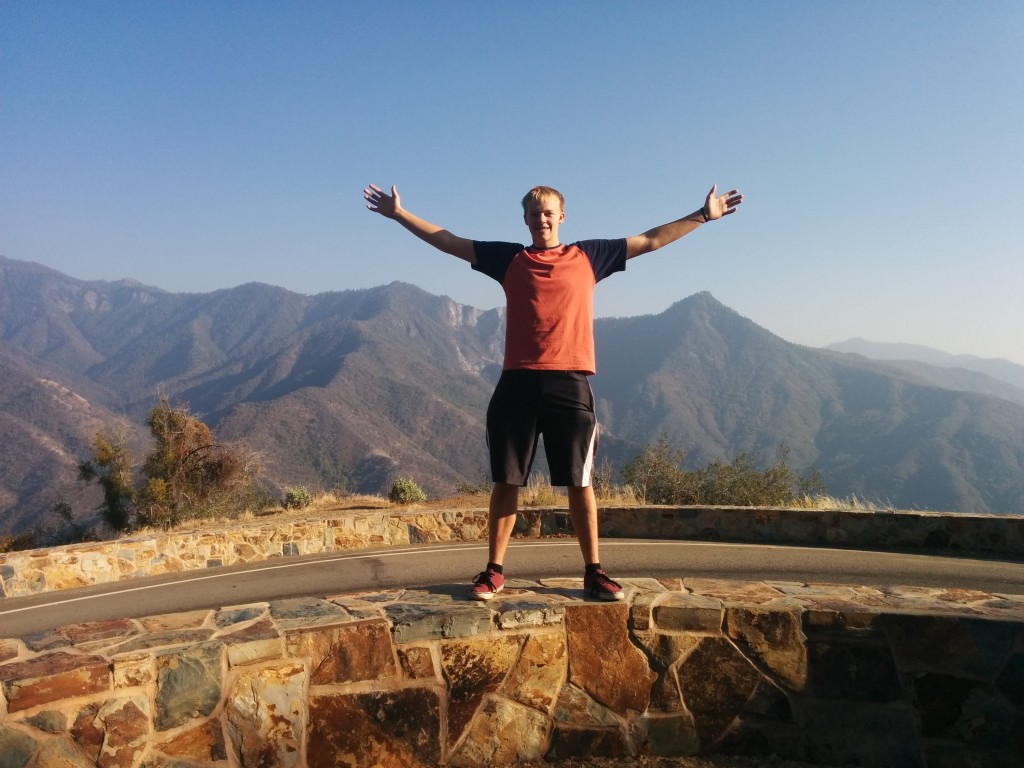 Tomorrow they’ll try to fit in something mundane like college. 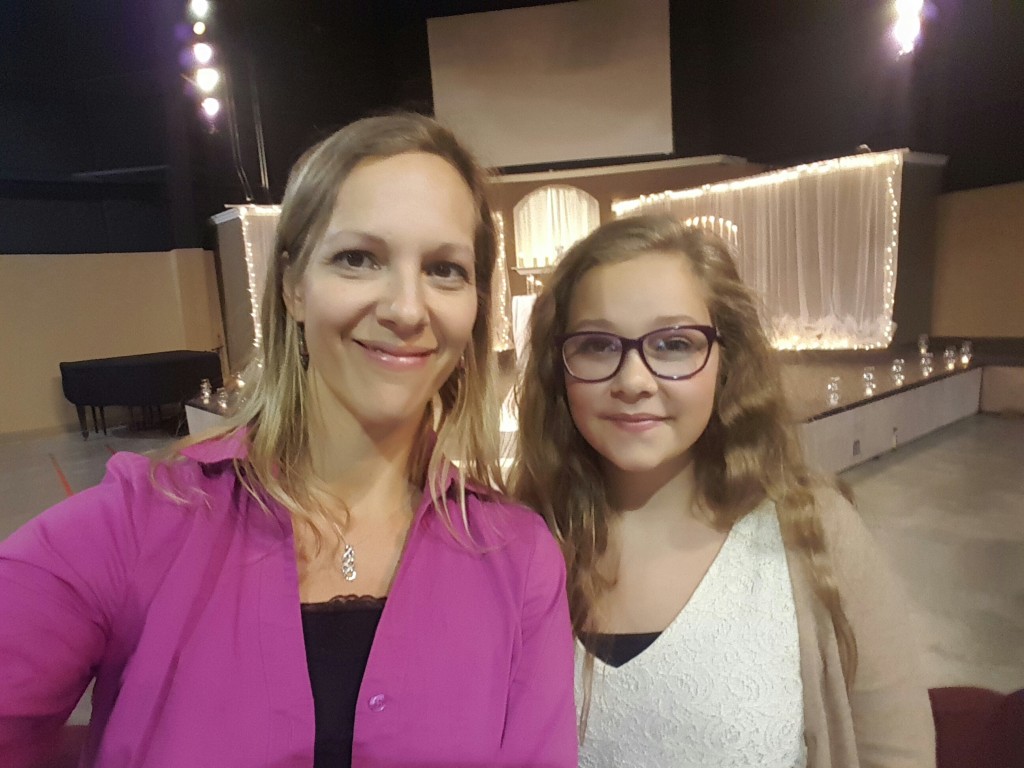 Sarah and I finally carved out some time for our mother/daughter Passport2Purity weekend. I’m so grateful for the ministry of Family Life and the Passport to Purity materials. They have created everything that you need to spend a weekend with your preteen/teen and to lay a foundation of communication and commitment to purity.

I still can’t believe that Tim and I have 3 kids in college this year, that Joshua is getting married in December, and this is our 5th time studying the Passport2Purity materials. Wasn’t it just last year that the kids were all homeschooling with me? And 10 years ago that Tim and I were newlyweds? Harrumph. Time is passing much too quickly, and I’m getting old! 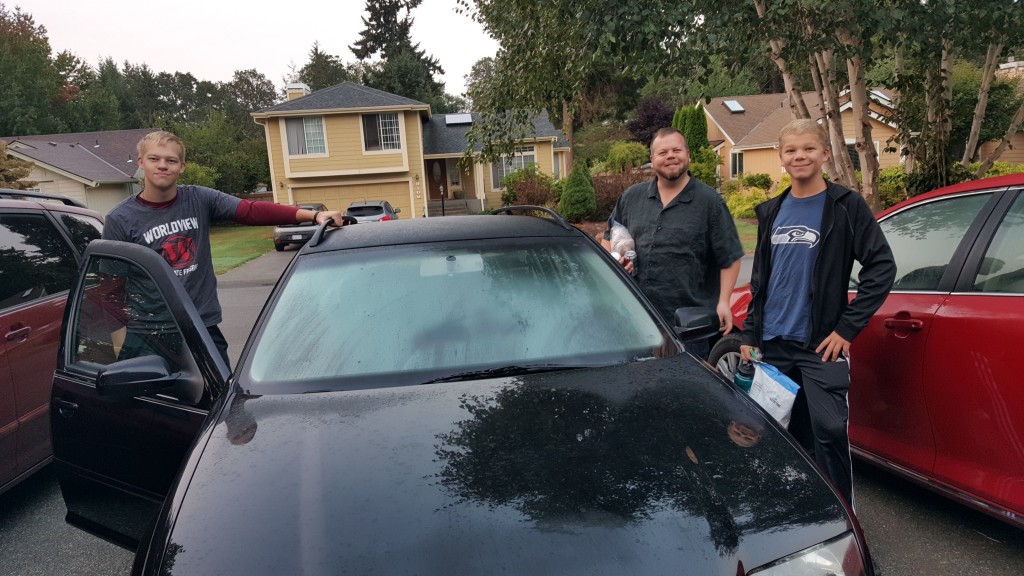 We’ve been writing since 2004, so I did a little search to see if we blogged about our other P2P weekends. Sure enough, I found a few posts. Poor Daniel, I know Tim took him off for a special weekend, but it must have been during our writing hiatus as there’s no record of it on the blog. Looks like Tim wrote a few posts about Joshua and David, and I wrote about Rachel. I love how this blog is a photo journal of our lives.

Sarah and I decided to stay home for our special weekend and take our time going through the materials. We started out by sleeping in (LOVE summer days!!). Then I fixed us a delicious breakfast. We watched a chick flick while I gathered the necessary supplies. [Note - Family Life and CBD now carry a kit that includes all the materials you need for the Passport 2 Purity projects]. 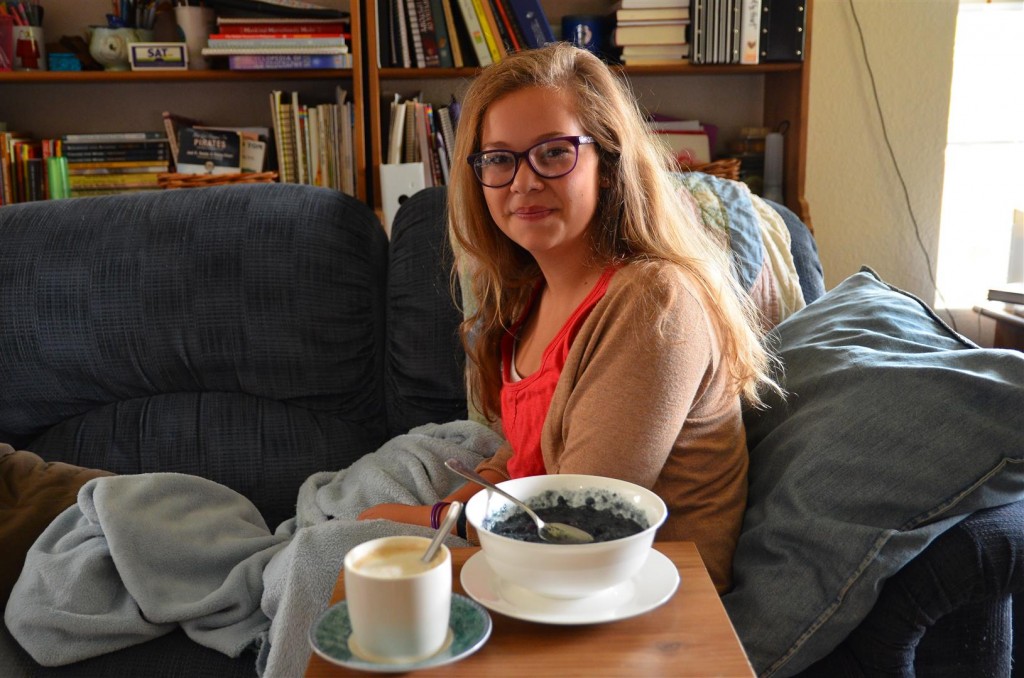 It was a beautiful day, and we listened to the cd’s, worked on projects, took breaks, and just enjoyed being together. 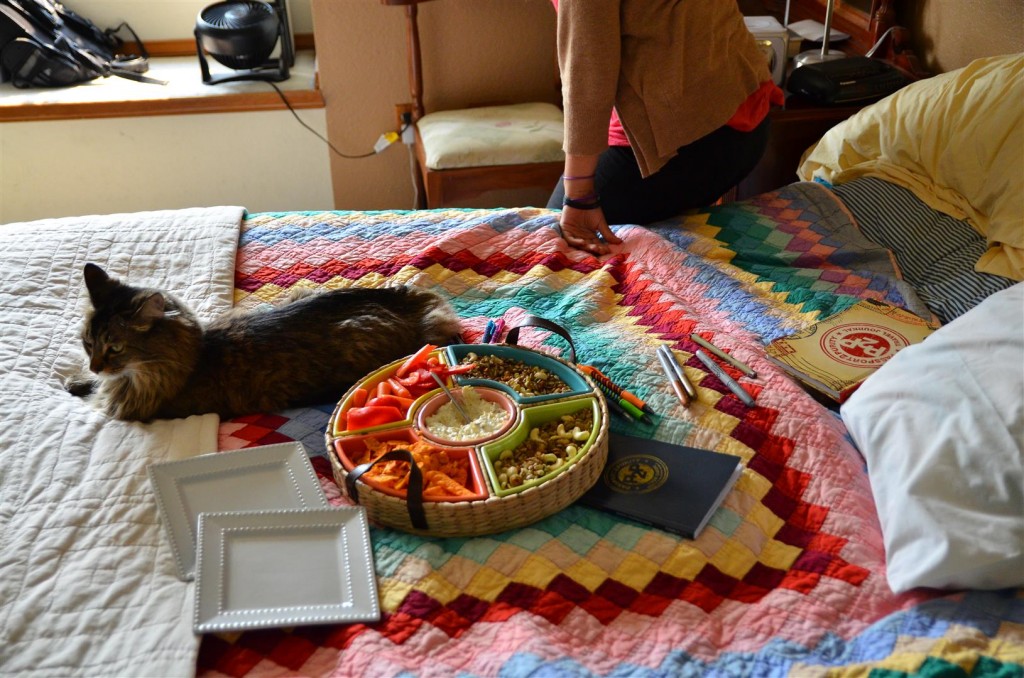 Shhh – Don’t tell Tim we were eating in bed. 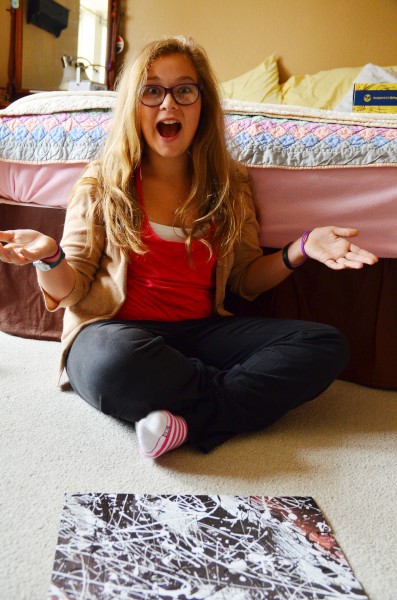 Sarah’s puzzle was a bit challenging. 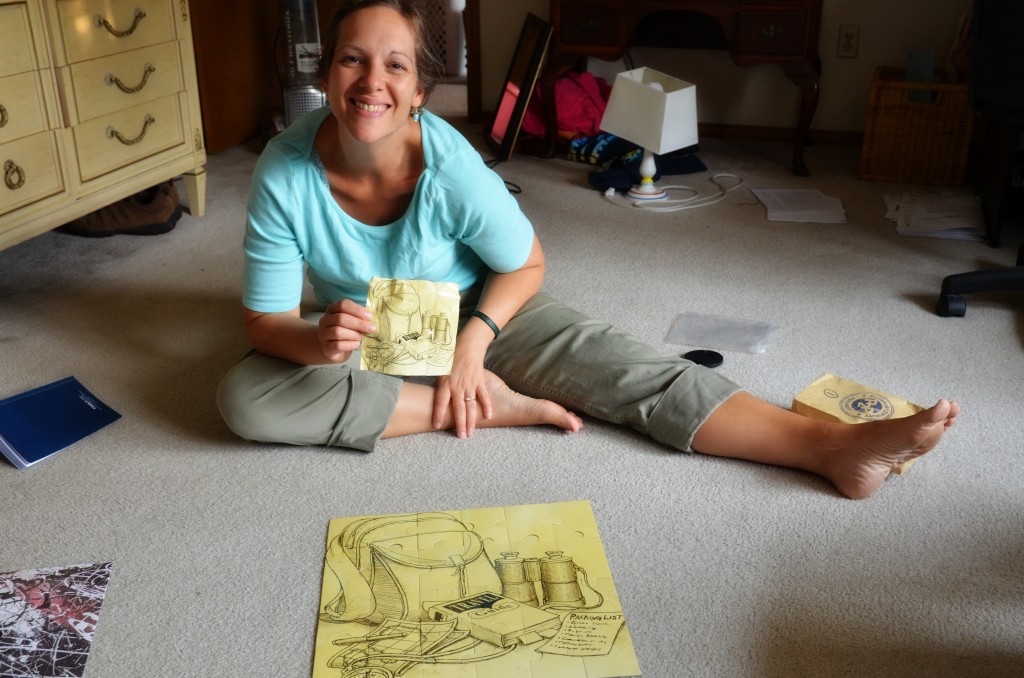 Great lessons about friendship – picking good friends, being a good friend, and dealing with peer pressure. Discussions about following God’s plan for your life and making sure the Bible is your guidebook. Sarah is a delight – she’s open, transparent, honest, and a thinker. She has been eagerly looking forward to our weekend together. I am so thankful for our sweet relationship. We are entering these teen years with a healthy love and appreciation for each other.

Next we set off for pedicures and some dress shopping. We bought Thai food take-out and came home for another session. I got a migraine at the end of our shopping (so frustrating!!). Thankfully some meds, lots of water, a little coffee and some rest and I felt better.

Tomorrow we’ll go through some more of the material, sneak away for a few surprise outings, and see where our conversations take us. 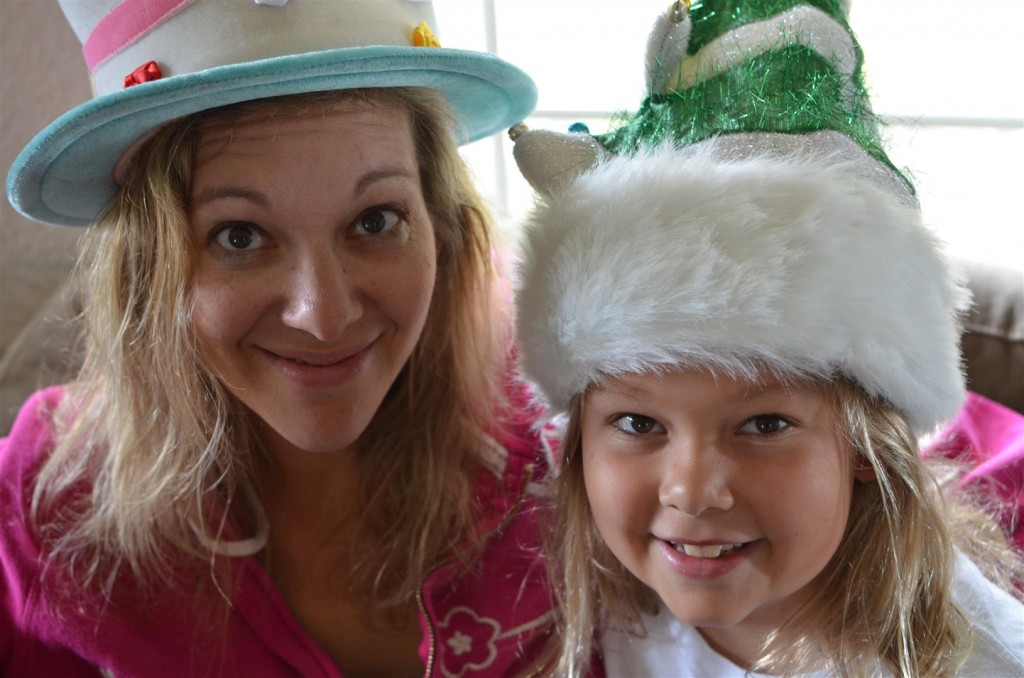 He [Christ] is the image of the invisible God, the firstborn of all creation.
For by him all things were created, in heaven and on earth, visible and invisible,
whether thrones or dominions or rulers or authorities—all things were created through him and for him.
And he is before all things, and in him all things hold together.
And he is the head of the body, the church.
He is the beginning, the firstborn from the dead,
that in everything he might be preeminent.
Colossians 1:15-18

Our middle son, Daniel, is heading off to college in just a few short days. We’ve been busy this summer, and we realized that we had never thrown him a graduation party, back in June when all the ‘trendy’ and ‘together’ people throw parties. 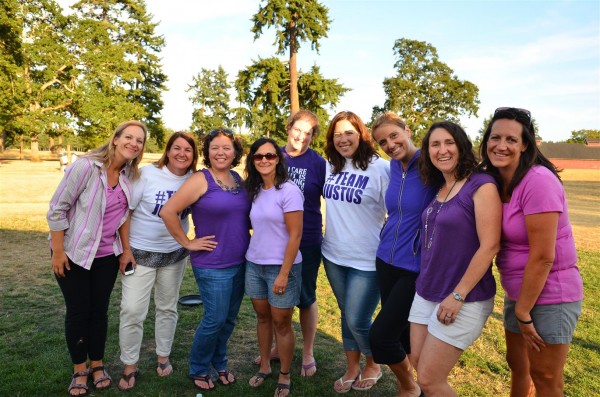 We are so thankful to all those who contributed to the party!

So Kathy kicked into full-bore party mode. She gathered decorations, made dozens of hand-crafted desserts and hornswoggled many of her friends into bringing chips and salads. In spite of my natural resistance to such things, even I was sucked in, spending hours selecting photos of Daniel to print and display. 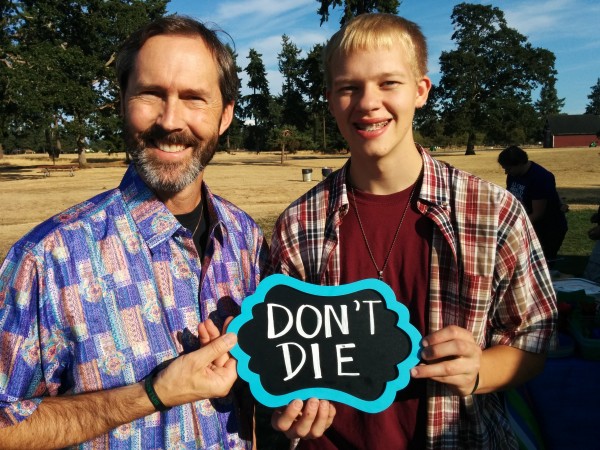 We rented a small picnic shelter at a nearby park, and Kathy’s girlfriends rallied around her to help with the last-minute sandwich assembly and cooking. They made three large dishes of Macaroni and Cheese (Daniel’s favorite comfort food) and headed over to set up at the park. 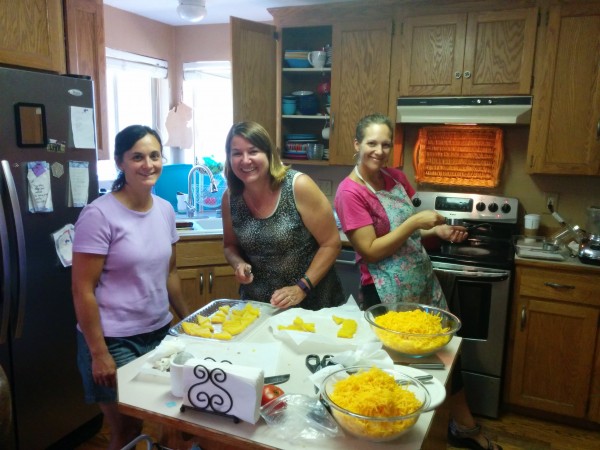 These girls can stand the heat, so they stayed in the kitchen.

The party was a triumph. Nearly 80 of our close friends attended, many of them writing blessings to Daniel and promising to pray for him this semester. Daniel graciously stood around and talked with his guests in spite of the lure of frisbee-throwing kids all around. 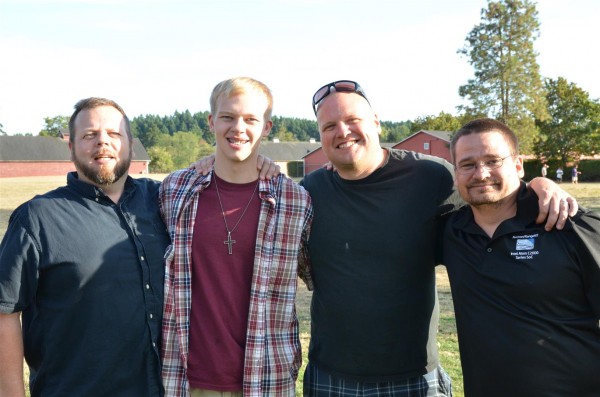 Even standing on my tip-toes, I’m STILL shorter than Daniel.

Unfortunately, several of Daniel’s close male friends were unable to attend the party, being out of town (or in some cases, out of the country). Still, Daniel was able to make do. 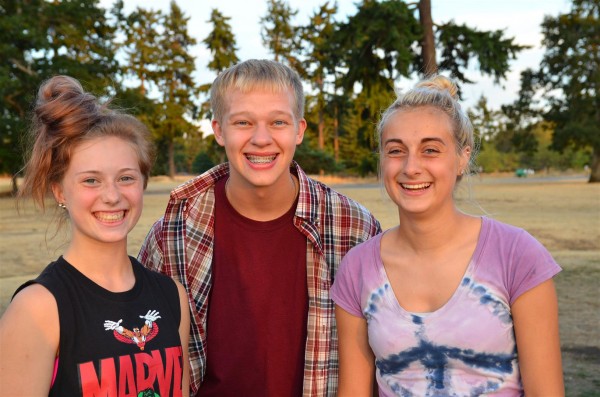 These girls brought a lot of life to the party.

When I felt we had reached critical mass, I asked several of the guests to pray for Daniel. When it was my turn to pray, I found myself choked-up, deeply grateful for all those who love Daniel, have invested in him over the years, and who came to celebrate and wish him well. Truly we are blessed in this town, for our family to be so well-loved. 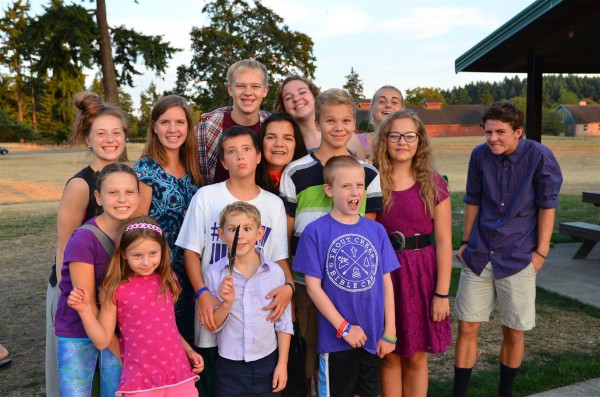 Round up the usual suspects …

On Saturday, Daniel and I will drive down to Calvary Chapel Bible College for his first semester. I am very eager and excited to see what possibilities God opens up for him. 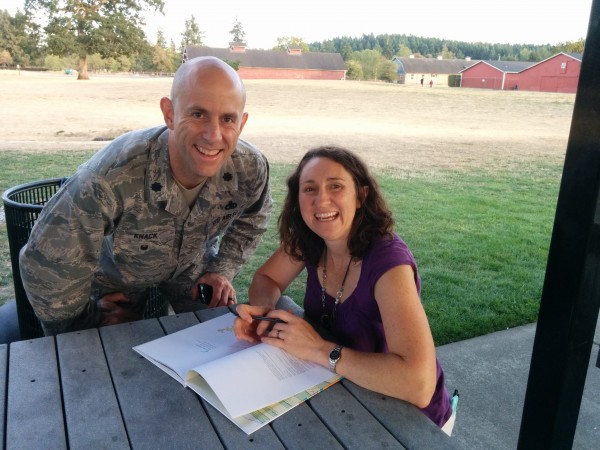 Today was a bit of a sad day — Joshua and Kelsie flew back to school around 2:30 pm, and Rachel some seven hours later. It is strange to think of Summer ending so quickly, although we still have Daniel to celebrate and send off in less than two weeks.

As is often the case when dealing with sadness, we turn to familiar, comfortable remedies. I walked Joshua and Kelsie out to the car, and watched as Kathy drove them away. Then I sadly turned and came into the house.

“What would cheer me up,” I mused.

Walking down the hall, I shouted to the kids. “They’re gone! Let’s break out the ice cream!”

Rounding the corner into the kitchen, imagine my surprise. 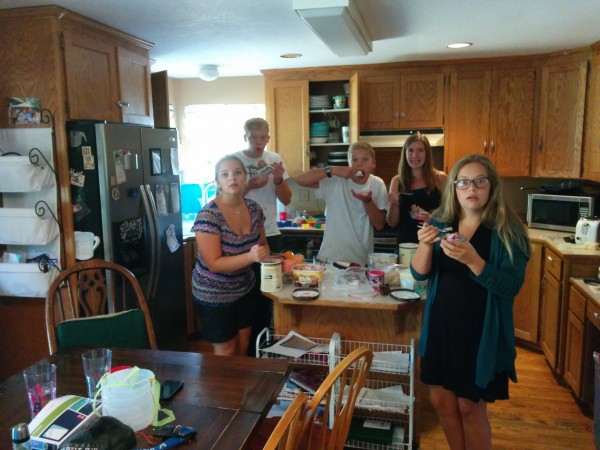 Every last one of these rascals was either eating or serving themselves ice cream.

Or perhaps it was Kathy’s absence that made it all possible.

Some ten years ago, I started working for a telecommunications company. At the time, I was a contractor, but I wanted the people at that company to think of me as a ‘team player’. So I rushed out and purchased a cell phone plan through that company.

At the time, they were offering a very inexpensive flip phone; I picked up one for me, one for Kathy, and one for my parents. It was the Samsung x475, a basic, durable clamshell phone with a battery that needed charging only about twice a week. 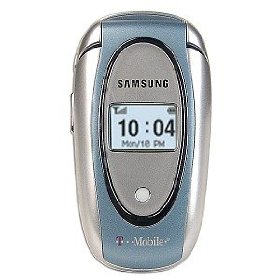 Not my actual phone.

Later, I became an employee of that company, and became eligible for free phones and a very cheap monthly voice and text plan. Over the years, my children began to be added to my account, and we started experimenting with smartphones and data plans.

In this day and age, it is quite difficult to purchase a ‘feature phone’ — that is, a phone that is not a smartphone. Presumably someone in marketing thought that calling it a ‘dumbphone’ would be bad for sales. But there still is a market for such phones, if only among Luddites and technophobes.

This summer marks the end of an era. Joshua has finally been forced to replace his Samsung x475, some ten years after it was initially purchased. For some reason, the phone decided that it would offset the network time by 5 hours and 11 minutes, correcting for timezones. It also refused to admit that any year after 2014 existed (apparently the Mayans were off by a couple of years). Since the phone was originally marketed and sold in 2004 and 2005, it was not designed for ‘bleeding edge’ technologies like 3G and LTE, and can’t communicate on the frequencies used by those types of networks. As the 2G GSM network is re-farmed and the radio frequency blocks are harvested for LTE use, less and less of the cell network is available for coverage of Joshua’s phone. 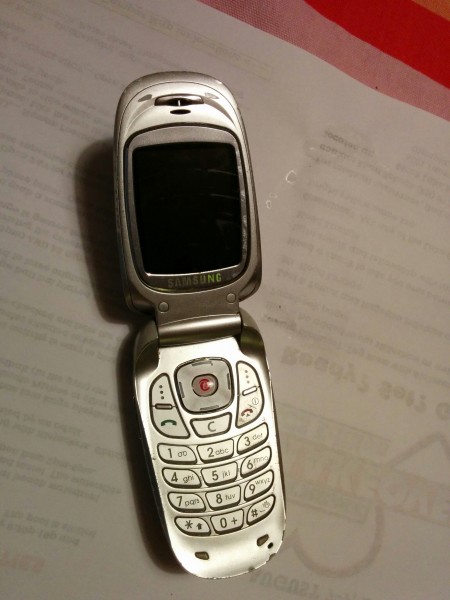 This phone has really served its time. I wish they made ‘em this durable, these days.

“Shall I buy you a smartphone, Josh?” I asked him.

“No, I don’t want a phone that is smarter than me,” he reasoned.

I forbore to make the obvious insulting remark, but it was a close thing.

“So, what do you want, then? A blanket and some smoke? Two cans and some string?” Sometimes I’m not as patient as I should be.

“Can I get another flippy phone like this one?” he whined, waving his Samsung x475 hopefully.

So I bought him another ‘feature phone’, this one sold by another carrier. It pretty much just makes and receives phone calls, and texts, and can play music from an SD memory card, if you buy one and load it up. Other than that, it has a rudimentary browser and not much else. 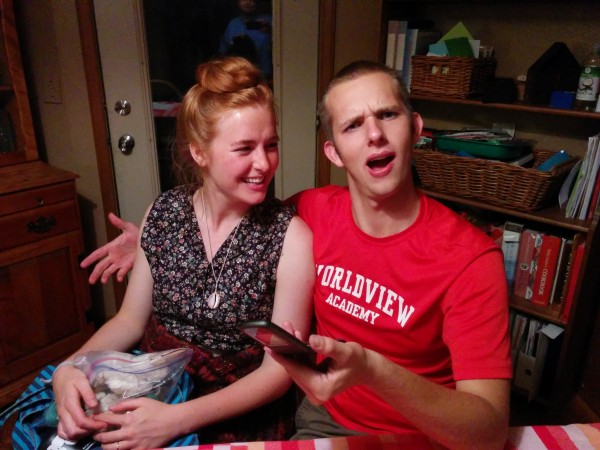 Some people really enjoy standing against cultural trends, but I think Joshua has developed this into an art form. While others swap their phones out every year, needing to have the latest and greatest, Joshua gains genuine (if childish) delight from using a phone that is fully ten years behind its time.

I can imagine having a similar conversation, some ten years from now.

Me: “Say, Josh, you need to swap out your phone for one of the new ones with a telepathic interface.”

Joshua: “Aw, Dad, you know I’ve finally got the hang of using this little numeric keypad. See, if you hit the ’3′ twice, it spells out ‘e’.”

Me: “Well, the CEO of our company called me and asked if he could turn off the UMTS network. Apparently your phone is the last holdout, and they would love to shut it down. He says it would save the company about $6 billion annually.”

Joshua: “Gee, that sounds like a lot of money, but I really like my flip-phone. I’m going to have to think about it … ”